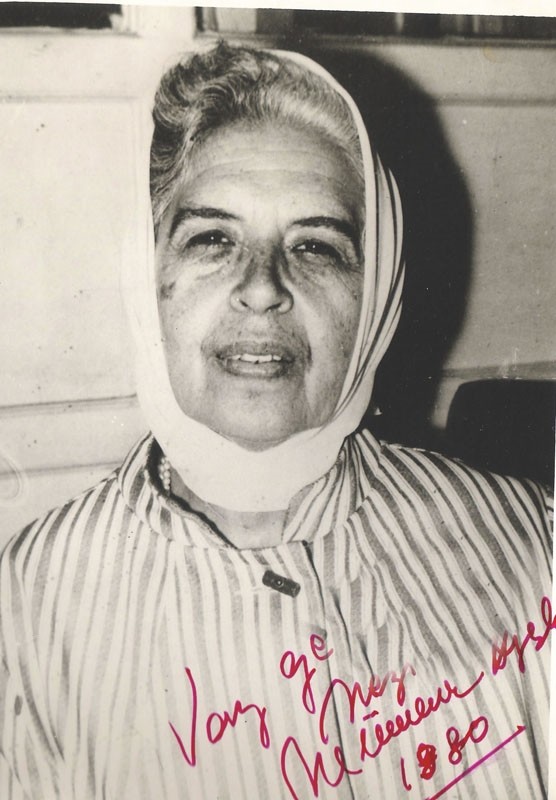 Born and raised in Ottoman lands, writer Münevver Ayaşlı was an intellectual who always paid tribute to Ottoman values

Unlike the European and the Middle Eastern experiences, conservatism in Turkey has never tended to confront modernist reforms directly. Turkish conservatives have seen themselves as the intermediate and moderate faction in modernization politics in the Republic. Because of that moderation, conservatism could never play a major role in the inclinations of Turkish political society. Conservatives have always followed modernization from behind, mostly because of their cautious approach to politics.

Besides, there is the Mustafa Kemal Atatürk factor, which still prevents conservatives from opening a direct front on progressive pro-Western reformism. Atatürk keeps being the national hero for conservative circles, though they have been rivaling the Kemalists for decades. Sometimes, such sectarian Kemalism is called as "left Kemalism," which is balanced by conservatism as "right Kemalism."

A third reason for the inconsistent attitudes of conservatives toward modernization may be that they have also been among the beneficiaries of modernist reforms. Most of them have been waged by the state, and some have direct family ties with their counterparts. For instance, Adnan Menderes was a party inspector in the Kemalist People's Republican Party (CHP) shortly before he founded the conservative Democrat Party (DP).

Many conservative people were sent to Europe by the single-party government of the CHP to get to know about Western values and scientific and cultural knowledge. People like Nurettin Topçu, the famous philosopher, Necip Fazıl, a major poet, and Münevver Ayaşlı, later a Sufi and supporter of the Adnan Menderes government, all visited France with state scholarships.

Münevver Ayaşlı was born "Hatice Münevver" on June 10, 1906, in Thessalonica, in the Ottoman Empire. Her father Caferi Tayyar Bey, son of Rıfat Bey, chief of Menlik, a small town in today's Macedonia conquered by his ancestors, was a lieutenant colonel in the Ottoman Army, while her mother Hayriye Şerife Hanım was a housewife. Hayriye Şerife's father was also a notable Ottoman military officer.

Ayaşlı's family lived in a typical Ottoman mansion with several servants, including three housemaids, one cook, one "mademoiselle" or French nanny, and a footman. Ayaşlı's parents had the high culture of their time. Both spoke French, while Caferi Tayyar Bey also spoke German, which was becoming common among Ottoman officers after the 1908 revolution. Caferi Tayyar Bey was also a religious man inclined to Sufism. Ayaşlı once said that her love of Ibn al-Arabi came from her father.

She was first schooled in a German Protestant school, Diakonessen Schwesterlein, in Aleppo, where they moved in early 1914. She learned German and took piano and oud lessons. The sisters of the school asked for permission to teach Christianity to little Münevver, and her father accepted the offer. Therefore, Münevver Ayaşlı learned Christianity before her own religion.

After two years, Ayaşlı moved to Beirut with her family since her father received a military post there. She again attended a German school in Aleppo. She also began learning Arabic from a local lady.

Halide Edip, the famous writer and patriot, began to run a Turkish school in Aleppo. So, Münevver's father transferred her from the German school to Halide Edip's. She hated the school because Halide Edip couldn't organize the teachers, and there were gaps in the schooling system. After three months, she returned to the German school.

Being rich and poor

After World War I, the Ottoman Empire collapsed, and Beirut was lost. Caferi Tayyar Bey moved his family to Istanbul. They began to live in a mansion in Çengelköy on the Asian coast of the Bosporus. Münevver Ayaşlı received Turkish lessons for the first time in that mansion.

However, the new life in Istanbul did not last long for the Ayaşlı family. They moved to Stuttgart, while Münevver and her elder brother attended German academies. They lived in a hotel room, which was a real sacrifice compared to their mansion life in Aleppo and Istanbul. But they couldn't make it. They had no money after one year in Stuttgart. Caferi Tayyar sold his spouse's jewelry to support his family in Germany, yet they had to return.

They had nothing left, and they couldn't even afford a rental home in Istanbul. Thankfully, Caferi Tayyar's brother opened his house to them. They lived in Kuzguncuk on the Asian coast of the Bosporus. Ayaşlı would refer to this time in her life name as, "not real life, but vegetable life, a kind of coma."

Salvation came from Mehmet Ali, Münevver's elder brother, who took a public job in Ankara, the capital of the newly founded Turkish Republic. Ayaşlı and her parents moved to Ankara to join Mehmet Ali in 1927. After a while, his father found a job in Diyarbakır. So, she was alone with her mother in Ankara. She also took a job in Ankara.

Ayaşlı met Nusret Sadullah Bey at an official ball in Ankara. They married in 1930. Nusret was a diplomat. Münevver Ayaşlı became rich again thanks to her husband. They had a mansion in Beylerbeyi, near Çengelköy, where she moved with her family after Beirut.

Nusret Sadullah Bey died in 1944, and Münevver began working again. Her late husband's pension was insufficient, so she rented the mansion to a European diplomat.

After her husband's death, Ayaşlı wrote columns for newspapers. She also wrote nostalgic essays about daily life and customs in Ottoman times. However, her greatest pieces are her novels, according to many critics. She told of the last generations of the Ottoman Empire in her novels. Her best volumes are part of a trilogy about an Ottoman family during the last days of the Empire.

In her essays, columns and interviews, Ayaşlı shows an aristocratic personality, which is a nostalgic gesture coming from a mourning for the decline of the Ottoman Empire together with the richness and aristocratic life of Ayaşlı in her childhood. She was proud of her past and ancestors.

Ayaşlı once said: "I am a child of the Ottoman Empire. I was first schooled in Aleppo, and in Beirut after that. You could visit anywhere you chose from Manastır to Sarıkamış without even having a passport."

Ayaşlı thought that nobility died with the Ottoman Empire. Modernity was vulgar to her. She criticized Ankara for such things as home decoration and site planning. She preferred high class to crowds. She was a real elitist.