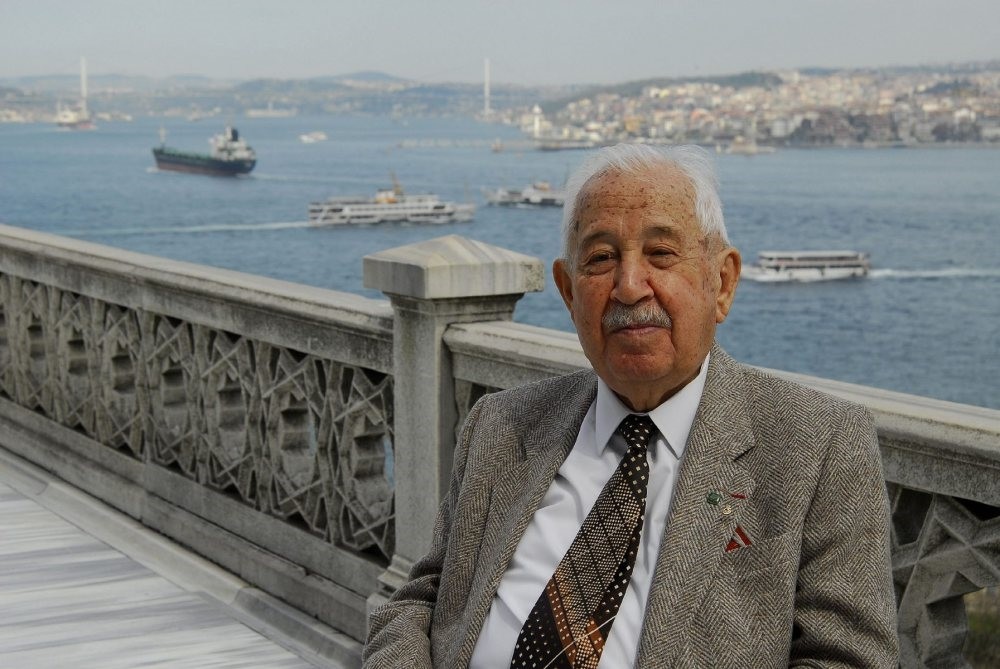 Istanbul has a rich historical and archaeological background since it was home to many civilizations, of which the most prominent were the Byzantine and Ottoman empires. A true scholar, Semavi Eyice contributed greatly to reveal the historical treasures of this magnificent city

Turkey is not only a bridge between Eastern and the Western civilizations in the modern sense, but it has also been the cradle of many ancient civilizations as well. Anatolia experienced the rise and fall of various kingdoms, civilizations and religious communities. Among many, two major civilizations made the greatest contribution to the archaeological and historical sites of Turkey: the Byzantine and the Ottoman empires.

Istanbul in particular has been the heart of Anatolia for millennia. It was the capital city of both the Byzantine and the Ottoman Empires. Thus, Byzantine archaeological sites have lain hand in hand for centuries with the Ottoman sites in Istanbul. This is mainly due to the fact that the Ottomans did not have any inferiority complex against their ancient enemies and did not pull down Byzantine structures in order to build newer ones. Instead, they adopted some properties of Byzantine art to make their own.

However, centuries ruined many Byzantine structures, and Istanbul became an Islamic city of the Ottoman State rising over the ruins of Byzantium. Byzantine ruins had to wait until the middle of the 20th century, when modern Turkish and German archaeologists began exploring the relics of the Byzantine period together with those dating from older times including the late Roman period.

The name of a particular art-historian, Semavi Eyice, comes forward as we deal with the Byzantine heritage of Istanbul. Eyice, who died on May 28 this year at the age of 96, had spent his whole life putting the Ottoman and Byzantine heritages of Istanbul and Anatolia under light.

Semavi Eyice was born on Dec. 9, 1922 in Kadıköy, Istanbul. His parents were from Amasra, a Black Sea town. Amasra, as stated by Eyice himself, was a Genoese colony and carries the tracks of Genoese, Greek and Ottoman rules. Mehmet II, "the Conqueror," took over Amasra from the Genoese seven years after Istanbul's conquest of the Byzantine Empire.

Eyice's father Kamil was a navy officer. He retired from the navy at a very young and worked at sea as a civil shipmaster. He was the shipmaster of Egyptian Khedive. Kamil Eyice also lectured at the Civil Shipmaster School in Ortaköy, Istanbul.

Eyice's uncles were shipmasters, too. One of his cousins, Celal Yeniceoğlu, was a navy admiral and served as the Commander of the Turkish Naval Forces in the 1970s.

Semavi Eyice was first schooled at the Saint Louise Elementary School in Kadıköy. However, his father made him leave that school for Galatasaray since foreign schools were banished by Mustafa Kemal. Semavi graduated from Galatasaray High School in 1943.

Born to be an archaeologist

Eyice once said in an interview, that his ambition towards historical art pieces began when he was at secondary school. He used to walk through the historical neighborhoods of Istanbul and take pictures. Besides, he read as he much as he could about the Byzantine and Ottoman art heritage of Istanbul.

Eyice met Alfonse-Maria Shneider, the German Byzantinologist who lectured for some years at the Istanbul University, and decided to study history of art in Germany. He went to Germany in 1943 to study archeology and history of art. However, World War II was on and he had many difficulties in living, learning German and studying. He managed to study in Vienna and Berlin for two years before he returned to Istanbul.

After his return, Eyice enrolled at Istanbul University in History of Art and Archaeology Department from where he graduated in 1948. He studied the historical fountains and minarets of Istanbul for his graduation thesis.

Eyice began working as the assistant of Ernest Diez, the Austrian Turkish-Islamic art professor at Istanbul University at that time. He translated class notes of foreign professors from French and German into Turkish.

Eyice received his Ph.D., in 1952 by submitting a thesis on the "Byzantine structures of Side," a town near Antalya in the Mediterranean region. He became an assistant professor in history of art by his thesis, "Late Byzantine Architecture" in 1955 after he served in the army. He also edited a book named "Istanbul" in French and worked as the secretary of the Byzantinology Congress in Istanbul.

Semavi Eyice worked at Istanbul University for forty-three years from 1948 until 1991. He visited many European cities and lectured at Bochum, Geneve, Sorbonne and College de France in Paris. Besides, he gave numerous conferences in cities such as Berlin, Rome, Brussels, Munich, Belgrade, Thessaloniki and Bucharest.

Eyice also worked for 38 years at the Monuments Council, from which he was dismissed in 1997.

Eyice had more than six hundred publications. His major concerns included Byzantine and Ottoman structures in Turkey. He was given Legion D'honneur Medal by the French state. He was a natural member of the German Institute of Archaeology. He was a member of the Belgian Royal Academy. Finally, he was given the Culture and Art Grand Award by the Turkish Presidency in 2011.