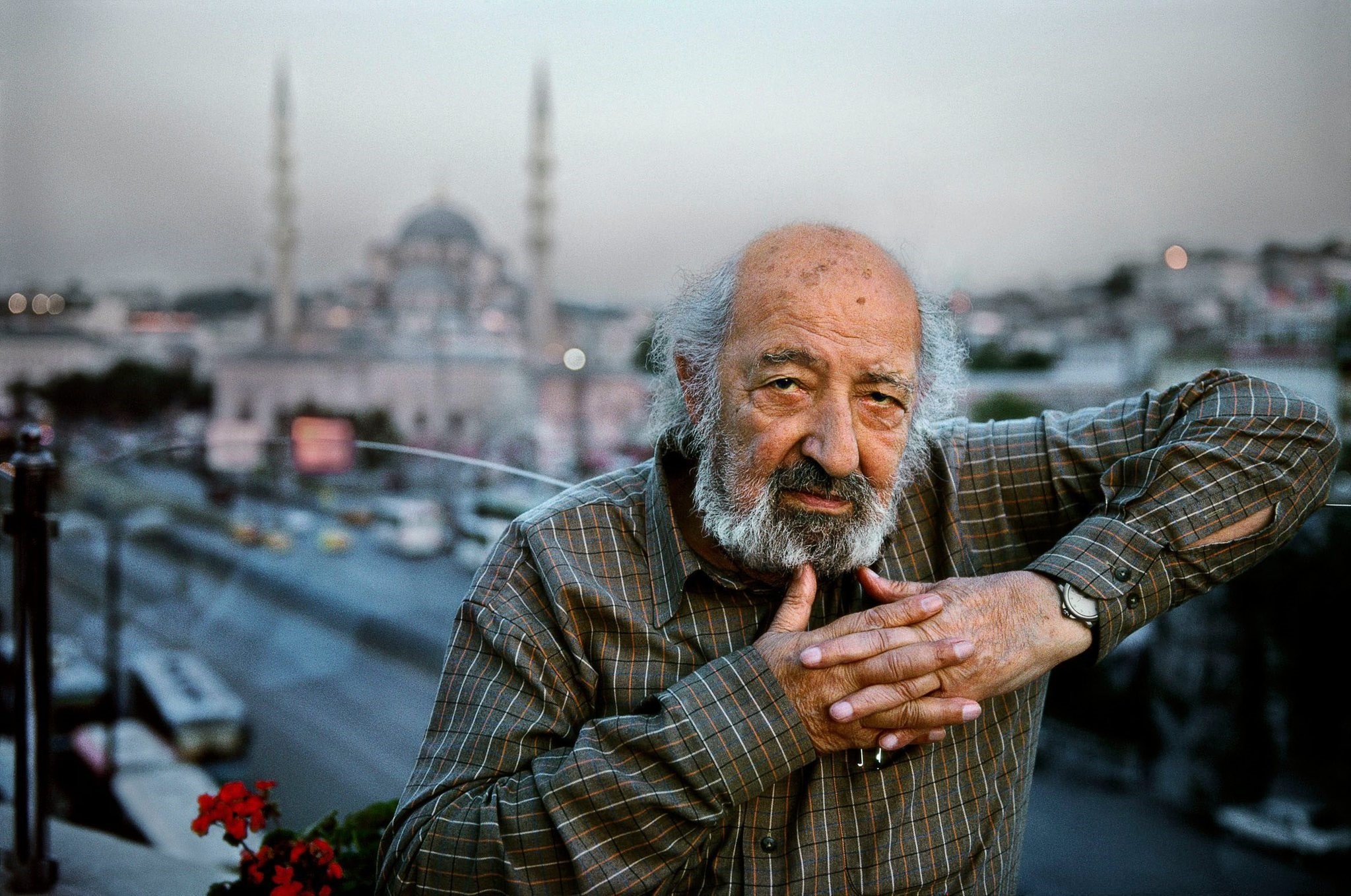 When the art of photography in Turkey is mentioned, the first name that comes to mind is Ara Güler, although he considers himself a photojournalist rather than an artist

Though most photographers think of themselves as artists, some old school masters refuse to be seen as artists. Ara Güler, one of the most famous Turkish photographers, always says that he is a photojournalist, not an artist. He thinks his photography is documentation, not art. I believe he says so because of two reasons. First, he met great painters as Picasso and Dali in his youth. Güler might have developed an understanding of the artist figure following them. Second, he may have decided to avoid any arguments about the description of his job.

Whether an artist or a photojournalist, Ara Güler has witnessed rare moments in Turkey and abroad with the help of his camera.

Ara Güler was born Aram Güleryan on Aug. 16, 1928 in Beyoğlu, Istanbul. He is a member of the Armenian minority in Turkey. His mother's name was Verjin. His father Dacat was a pharmacist, who migrated to Istanbul from a village of Giresun in the Black Sea region, at age six in order to get a proper education.

Ara Güler graduated from the Armenian Getronagan High School in 1951. During his high school years, Güler worked in film studios and took stage acting courses from the famous director Muhsin Ertuğrul. He was eager to get a job as an actor. However, he found a job as a reporter in 1950. Indeed, he had a camera gifted by his father, which he used for his work at the "Yeni İstanbul" newspaper. His first photo news assignment was the Atatürk statue in Gümüşsuyu, Beyoğlu, which was broken by an extremist group.

He also wrote some short stories and essays in Armenian for the periodicals of the Armenian minority.

After high school, Güler enrolled at the Istanbul School of Economics, from which he never graduated. Instead, he decided to become a full-time photojournalist.

Güler covered many stories with the help of his camera. Working for the press, he never saw himself as an artist. On the other hand, he had a clear tendency to take photos with effective scenery. Sometimes, he played with the scenery to help to evoke more than just the surface of an incident. 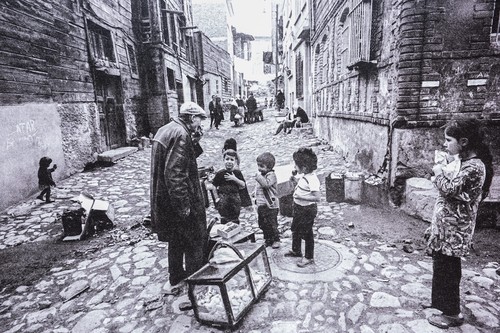 A work by Güler, bearing witness to old Istanbul streets.

In 1953, Güler met Henri Cartier-Bresson and Romeo Martinez and became a member of Magnum Photos.

From 1954 to 1962, Güler worked as the chief of the photo segment of the "Hayat" magazine in Turkey. In 1958, he began working as the Near East photojournalist for some international publications including the "Time Life," "Paris-Match" and "Der Stern." In other words, he was the Turkish correspondent for the European photo community.

Ara Güler has been praised by many Turkish and Western institutions and associations beside the unending interest of the media in his life and work. He opened and joined many solo exhibitions in many capitals of the world. The New York Museum of Modern Art exhibited his works at the "10 Masters of Color Photography" event in 1968. Another exhibition in Cologne, Germany followed that. His works on art and artists were used in books and periodicals.

Güler also photographed many artists in Turkey. His works were used in Turkish books as well. Yet, his fame in Turkey was dependent on another side of his. His black and white photographs of 1950s Turkey, especially of the old districts of Istanbul are shocking because of their lively atmosphere. As a born Istanbulite, Güler was well aware on how to photograph the city. From an old cemetery with children playing amid the graves, to old ladies praying at the "Old Mosque" in Edirne before the vast "Allah" calligraphy in Arabic letters. His photos were destined to endure decades because of the things they implied. His photo of three old men chatting on short chairs on the wall of an old coffee shop has become one of the emblems of the nostalgia for the old Istanbul. Or, the photograph of a boy with bread and milk is something defined as the photography of happiness.

Not all of the works of Ara Güler are as deep as the aforementioned ones. Yet, he used his camera as a collector and witness of true moments of prominent public figures and ordinary people at the same time. His vision includes not a historical but a nostalgic documenting enthusiasm.

Though an Orthodox Christian, Ara Güler is one of the best photographers of the Islamic architecture of Turkey. He does not show the grand mosques as statuesque places but religious monuments with ordinary daily life and people around them, as they are.