Orhan Pamuk: From realism to intertextuality 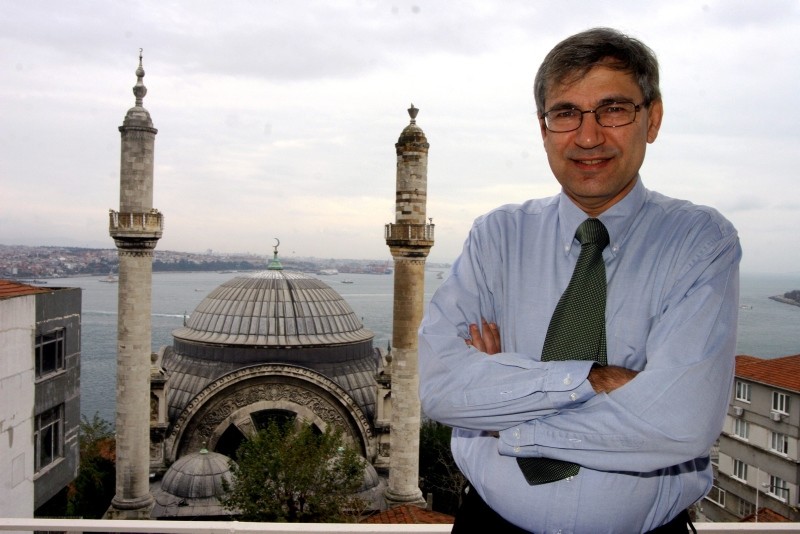 In Orhan Pamuk's novels, the characters are not static but presented according to their roles as personas.
by Hakan Arslanbenzer Jan 11, 2019 12:00 am

Orhan Pamuk, the first and the only Nobel Prize in Literature recipient from Turkey, has walked a long and unique path in literature. Though most of the novelists in Turkey begin their careers with writing poetry or short stories, Pamuk has never tried to be a poet or a short story writer. His only story is in one of his latest works, "Öteki Renkler" ("Other Colors"). Even in his 20s, his full ambition as a writer-to-be was toward novel writing.

But first things first, as a young boy his true love in arts was not literature. After growing up in Nişantaşı, a rich and westernized district of Istanbul, young Orhan Pamuk fancied himself as a painter. His official biography says, "From his childhood until the age of 22, he devoted himself largely to painting and dreamed of becoming a painter."

Though he wanted to be an artist, he did not attend at conservatory after graduating from Robert College. Instead, he attended at the Department of Architecture in Istanbul Technical University (İTÜ). I think this was due to the expectations of his family environment, in which there were too many engineers, lawyers and businessmen, as Pamuk tells readers in "Sessiz Ev" ("Silent House"). However, young Orhan was not that type of man. He couldn't manage to become an architect and left the Department of Architecture for the Institute of Journalism at İstanbul University. His choice seemed to depend on the fact that he gave up painting and began writing.

Orhan Pamuk has always been a determined person. He takes decisions and works to achieve the related goals. After deciding to become a novelist, he worked for five years to finish his work, "Cevdet Bey ve Oğulları" ("Cevdet Bey and Sons"). The initial title of the book was "Karanlık ve Işık" ("The Darkness and the Light"), with which Pamuk was named co-winner of the Milliyet Press Novel Contest Award in 1979. Despite the win, he couldn't publish his first novel. He rewrote it and changed its title before he won a more significant prize, the Orhan Kemal Novel Prize in 1983.

This personal realism continues and even deepens in "Sessiz Ev." This second novel uses the point of view of William Faulkner's "As I Lay Dying." The writer tells the story from the point of view of another character in every chapter. This also creates a key factor for Pamuk's later works, i.e. relativism.

Indeed, Orhan Pamuk looks like an apprentice of major novelists in his first works. On the other hand, this apprenticeship taught him much. He learned that he shouldn't be a mere realist novel writer, which seemed to be a top achievement in the Turkish literary environment at the end of the 70s, and he realized the relativism of persons, or to be more thorough, "persona." In Orhan Pamuk's novels, the characters are not static, but they have different appearances according to their roles as personas. Sometimes different people can share a single persona, and this manner of character setting led the way to Pamuk's style turning from realism to postmodern intertextuality, from the 70s to the 90s.

From modern realism to postmodern relativism

"Beyaz Kale" ("The White Castle") lies between apprenticeship and mastery. It's a historical novel but not in the traditional sense. It does not invite us to unfold the mysteries of the past. The characters or personas in the novel are not historical at all. Though they are set in an historical environment, but they think, do and speak like us, making the novel half fantasy.

I think this unsettled style, half fantastic-half historical and half realistic-half relativist, is the first element that brought international fame to Orhan Pamuk. In 1990, The New York Times Book Review saluted Pamuk saying, "A new star has risen from the East."

He was also a star in Turkey in those years, but because of the reaction against him from the socialist realism "kampf" in Turkish literature. Pamuk was criticized for not being "original," "authentic," "realist" and "socialist," all of which he had never claimed to be.

The year 1990, when "Kara Kitap" ("The Black Book") was published, is a milestone of postmodern fiction in Turkey. In spite of harsh criticism against the writer and the novel by socialist critics, the book was generally accepted as a masterpiece. I think it was really one, since by this time Pamuk had found his own way of telling whatever he wanted to tell with the help of the vehicle of intertextuality.

The novel gathers many poles: daily reality, dreams, artistic perception, historical knowledge, the deeper psychology of the persona and the plot of a thriller. "Kara Kitap" offers a complex architecture of time, characters, points of view, setting and plot.

Among Orhan Pamuk novels, "Kara Kitap" is the most poetic in my opinion. Though K. is drawn as a poet in "Kar" ("Snow"), the reader is not served with poetical sketches and passages. "Kar," "Benim Adım Kırmızı" ("My Name is Red") and "Yeni Hayat" ("New Life") are single based novels compared to "Kara Kitap." I think this is because of the fact that Pamuk added more of himself, including his passions, dreams and broken-heartedness, as a real person than he gave to his later novels. These later novels are the literary and political projects of a world-famous writer. However, "Kara Kitap" is the great effort of a man who wants to overcome anything before he becomes a major writer. The novel was not only the climax of Orhan Pamuk's career as a novelist, but it became a focal point for postmodern fiction in Turkey because a vast number of readers embraced postmodern ideas thanks to "Kara Kitap."

After "Kara Kitap," Orhan Pamuk became a much more famous writer and wrote directly to his readers. His later novels, essays and reminiscences aim at Orhan Pamuk readers' customs and expectations. Now, he speaks not from the darkness of an artistic mind but from the desk of a respected author. Yet, he neither displays a god-like authority as a modern realist fiction writer nor is he too sympathetic to his readers as some postmodern writers choose to do. He keeps his distance and continues telling stories of personas, not of people.