Cahit Arf: Genius who made his mark on mathematics 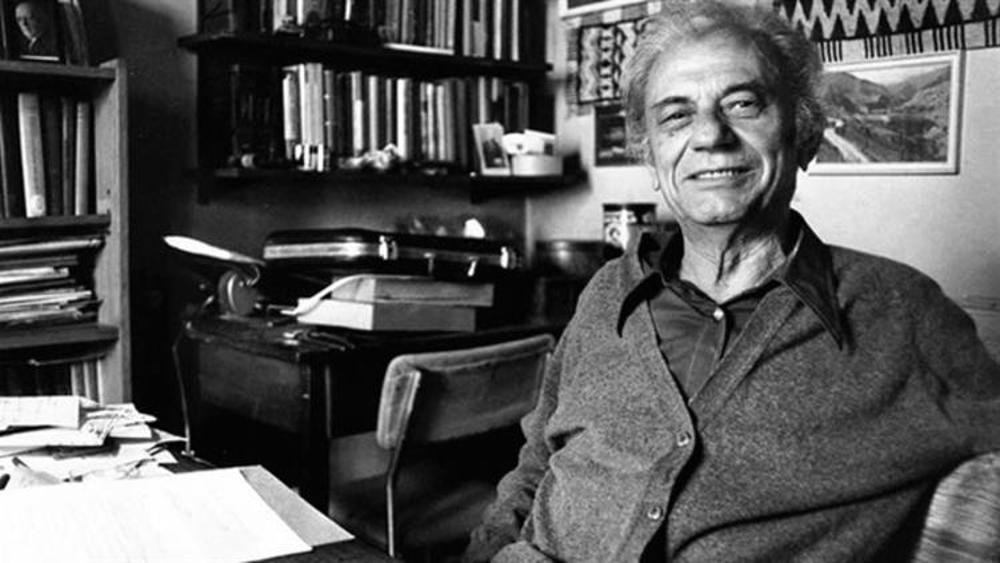 Having received a sound education in Turkey and abroad, professor Cahit Arf left his mark on scientific history with theorems in the field of linear algebra

Historians and social scientists are generally recognized as responsible intellectuals, who sometimes willingly become opinion leaders. There are many cases, where lawyers and engineers, or technocrats in general, run governments and are prominent figures of politics. Modern political history seems to have given everybody with specialized and higher knowledge a chance to realize their ideas in real life.

On the other hand, it is unlikely to find natural scientists, like mathematicians and physicists, invited to or themselves enter politics. There have been exceptions for sure. However, even the exceptions have not tried to make people believe that they would be better choices for public administration and politics because they have huge knowledge and a deep understanding of the universe.

Natural scientists are generally perceived as people of hard tasks that most people couldn't achieve, but who, on the other hand, shouldn't be responsible for the social and political decisions to be made for the interest of the public, since they live in solitude and cannot cope with the actualities of complicated social and political life.

Most people in Turkey have praised social scientists like İlber Ortaylı, a prominent historian, and Şerif Mardin, the late sociologist, as opinion leaders. However, many of them don't even know the name of the great scientist Cahit Arf, who made a name in mathematics worldwide with the "Arf invariant," "Arf rings" and "Hasse-Arf theorem" in the field of linear algebra.

Cahit Arf was born in Thessaloniki, on Oct. 11, 1910, when it was within the borders of the Ottoman State. His family moved to Istanbul when the Balkan War started. He said in an interview that his family was a family "who gained a new social status." His parents wished to separate themselves from the lower classes. Arf said that they wouldn't allow him to play with his friends on the street saying that they were "street boys" and he shouldn't become one.

So, Arf spent most of his childhood at home playing alone with paper in order to invent new toys. Arf thought this experience helped him learn about exploration and innovation.

His family was obliged to move frequently because of some incidents including a fire. He was schooled at various schools because of that. After some time they moved to İzmir and Arf was admitted into an elementary section of the İzmir Sultani (High School). He was good at grammar and painting. According to his personal accounts, there was nothing special about mathematics in elementary school. It was just arithmetic.

After fifth grade, Arf met a young teacher, a new graduate who made him solve some geometrical problems including theorems of Euclid and Pythagoras. This teacher told Arf's family that he had a great ability in mathematics.

Arf's father saved some money to send him to Paris for high school. He graduated from the Saint Louise High School in two years instead of three. After his return to Turkey in 1926, the Ministry of Education sent him to Paris to study mathematics at the university level.

After returning from Paris, Arf taught mathematics at Galatasaray High School for a while. He applied for an assistant professor position at the Mathematics Department of Istanbul University. He worked for a short period at Istanbul University before he was sent to Gottingen University in Germany in order to complete his Ph.D. thesis.

Arf's doctoral studies in Germany made him a well-known figure of international mathematics circles, thanks to his studies under the supervision of Helmut Hasse.

Arf and Hasse found solutions for some problems within the Class Field Theory, which was being researched by Gottingen's Mathematics Department in the 1920s and 1930s. The result became known as the "Hasse-Arf Theorem."

Hasse asked Arf to stay in Gottingen for one more year after the completion of his doctorate thesis in 1938. Arf worked on quadratic forms and finally suggested an invariant for the quadratic forms with characteristic 2, which is applied knot theory and surgery theory, in topology.

After that achievement, Arf became a well-known mathematician all around the world. He returned to Istanbul and began teaching at Istanbul University, where he received the title of an attending professor title in 1943.

Arf made friends and worked together with some of Turkey's most prominent engineers, including Mustafa İnan. He developed mathematical formulas for various engineering problems and won the İnönü Prize for his studies.

He retired from his teaching position at the Istanbul University in 1962. After that, he taught at several Turkish and foreign universities, including the University of Maryland, Princeton University, University of California, Robert College (now Boğaziçi University) and Middle East Technical University.

In 1960, Arif founded the Çekmece Nuclear Research Center in Istanbul which was funded by the government. He was also among the founders of the Scientific and Technological Research Council of Turkey (TÜBİTAK). Erdal İnönü, the late prime minister and a friend of Arf's, said that Arf did a great job in TÜBİTAK by teaching his colleagues to invent things that were needed. Arf also helped TÜBİTAK become independent of politics.

Cahit Arf was granted the TÜBİTAK Science Award in 1974. He chaired the Turkish Mathematicians Association from 1985 to 1989. He received honorary doctoral degrees from various technical universities. He was elected as an Honor Member of the Turkish Academy of Sciences in 1993. He also received the Ordre des Palmes Academiques from France in 1994. Cahit Arf died on Dec. 26, 1997 in Istanbul. His name and works have been praised in various ways posthumously as well. Middle East Technical University holds an international lecture series named after him. His portrait and one of his formulas have been placed on the back of a Turkish banknote.