Rauf Denktaş: The voice of his people 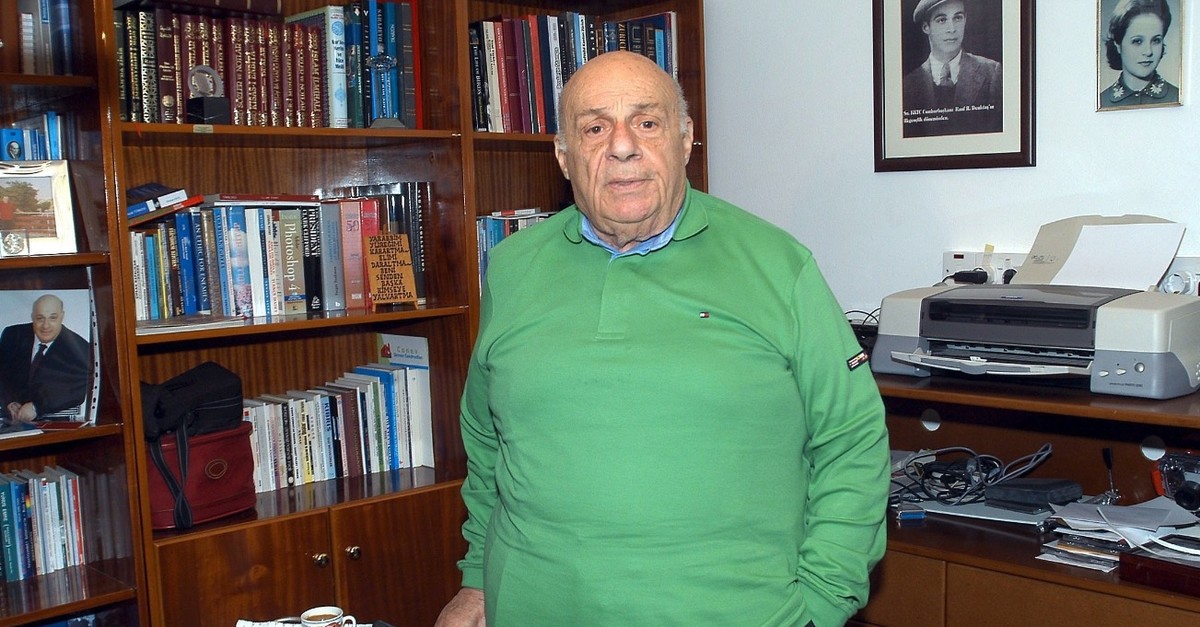 An influential politician, who made his mark on history as the first president of the Turkish Republic of Northern Cyprus, Rauf Denktaş made huge efforts to safeguard the Turkish community against EOKA terrorism. He was also a successful photographer and writer

Modern Cyprus history begins with the involvement of British imperial policies. After the Ottoman Empire granted Cyprus to Britain, the fate of the island changed forever. British rule put the Turkish and Greek Cypriots into a complicated situation since neither group had any cultural or historical relations with the British. Greeks constituted a majority as for the demographics of the island, yet it had been an Ottoman territory from 1571 until 1878. In addition to the complexities of Cyprus' history, the Turks had seized the island from the Venetians and granted it to the British.

After World War I exploded, Britain annexed Cyprus, which deepened the controversies between the Turkish and Greek Cypriots, not to mention that Greece and the Ottoman Empire (Turkish Republic after 1923) would not leave their peoples living on the island alone.

In the 1930s and 1940s, Greek Cypriots found themselves more involved in the Enosis movement, which literally meant "union," or the annexation of Cyprus by Greece. Indeed, Enosis was a part of the Megali Idea, meaning "Great Ideal," or making Greek great again. The Greek expansion strategy worked for some territories including Thessaly, Greek Macedonia, Crete and the Ionian islands, but not for İzmir and Anatolia, east Thrace and finally Cyprus.

Cyprus has had a special place in the aforementioned controversies since the Turkish Cypriots' national movement also showed great consciousness, sacrifice and fortitude against Enosis. Two leaders, Dr. Fazıl Küçük and Rauf Denktaş managed to unite the Turkish Cypriot energy to resist against British rule, the Greek annexation possibility and local EOKA terrorism.

Küçük, the first vice president of the Cyprus Republic founded after British rule, published the "Halkın Sesi" ("The Voice of the People") for decades in order to defend the rights of the Turkish Cypriots. In his turn, Rauf Denktaş not only succeeded him in office but organized and led the "Türk Mukavemet Teşkilatı" ("Turkish Resistance Organization") in 1958 and became the first president of the Autonomous Turkish Cypriot Administration (1974-75), the Turkish Federated State of Cyprus (1975-1983) and the Turkish Republic of Northern Cyprus announced from 1983 until 2005.

Rauf Raif Denktaş was born on Jan. 27, 1924 to a Turkish Cypriot family living in Paphos. His father Raif Mehmet Bey was a judge, while his mother Emine Hanım was a housewife. Rauf lost his mother when he was only 18 months old. His paternal and maternal grandmothers raised him.

In 1930, Rauf was sent to Istanbul in order to get a proper Turkish education. He graduated from the secondary part of the Fevzi Ati Schools in Arnavutköy, Istanbul before he returned back to Cyprus for further education. He graduated from the British School in Nicosia in 1941. He began to work as a translator for lawyers, a court clerk and a teacher in Famagusta before he moved to London for law education through a scholarship from the British Council.

Denktaş was trained first as a teacher and then as a barrister at Lincoln's Inn. After his graduation in 1947, he returned home to practice law. He became a crown prosecutor in 1949 and continued his job until 1958.

Rauf Denktaş was always a good orator. He addressed to the Turkish Cypriots at the first public meeting held for their rights on Nov. 27, 1948. He was like a disciple of the first generation including such legendary figures as Faiz Kaymak and Dr. Fazıl Küçük. Eventually Denktaş would replace both Kaymak and Küçük in various positions and combine the charisma of both men in his personality. He sometimes arbitrated the disputes between Kaymak and Küçük. Both leaders, like many others, trusted him.

Denktaş's charisma didn't come from any kind of dominance or magnitude but from good communication and brilliant diplomatic skills. I had enough luck to see him in person at a poetry festival in Nicosia. I was walking around the convention hall where the poetry festival was held. He stepped out of his car, an old-fashioned limo, without any security escort and I found myself shaking hands with him. I saluted him saying, "Welcome Mr. President," he replied with his clear Turkish Cypriot accent, "Indeed, you are welcomed from my beloved Istanbul." After his speech as the president, he nearly talked to everybody at the festival in person and charmed him or her.

Denktaş became a prominent name for Cyprus politics after he protested the Greek terrorist assaults against the Turkish Cypriots in late 1950s. He met with the British and Turkish politicians occasionally in order to make Cyprus safe enough for the Turks.

However, tensions between the Greek and the Turkish Cypriots continued rising and the Greek leadership declared him as "persona non grata," which meant that Makarios, the leader of the Greek Cypriots, saw him as his main Turkish rival on the island.

Denktaş sailed to Cyprus in secret and fought with the Turkish Resistance against EOKA terrorism. The Greek Cypriots captured him in 1967. Fortunately, he was extradited to Turkey after diplomatic pressures. He was officially allowed to enter Cyprus in 1968.

However, Turkish military operation has not altered the complicated political situation of Cyprus until now. It has only helped the Turkish Cypriots live without any fear of being subordinated, tortured or killed.

Rauf Denktaş was elected the first president of the Turkish Federated State of Cyprus after the military action. He represented the Turkish community in U.N. talks with the Greeks, where no solution was obtained. Denktaş met the U.N. secretaries and Greek Cypriot presidents countless times for a final solution. He spent half of his life representing the Turkish Cypriots and searching for a logical outcome for both sides. 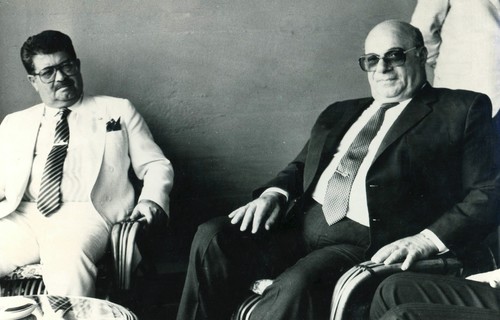 In 2004, Denktaş refused the Annan Plan offered by the U.N. General Secretary Kofi Annan. Supported by the Prime Minister Mehmet Ali Talat, the plan was approved by a referendum held among the Turkish Cypriot community. Nevertheless, it would never be enacted because the Greek Cypriots voted against the plan.

Rauf Denktaş left office as the first President of the Turkish Republic of Northern Cyprus in 2005.

Besides for his political career, Denktaş was also a photographer and a writer. He opened various solo exhibitions in global art capitals such as New York, London and Istanbul. He wrote both in Turkish and English. The ange of his books includes the Cyprus dispute, law, religion and social issues. He also wrote and published his memoirs in nine volumes.

Rauf Denktaş died on Jan. 17, 2012 in Nicosia. Turkey and the Turkish Republic of Northern Cyprus declared a period of national mourning to honor his passing away.