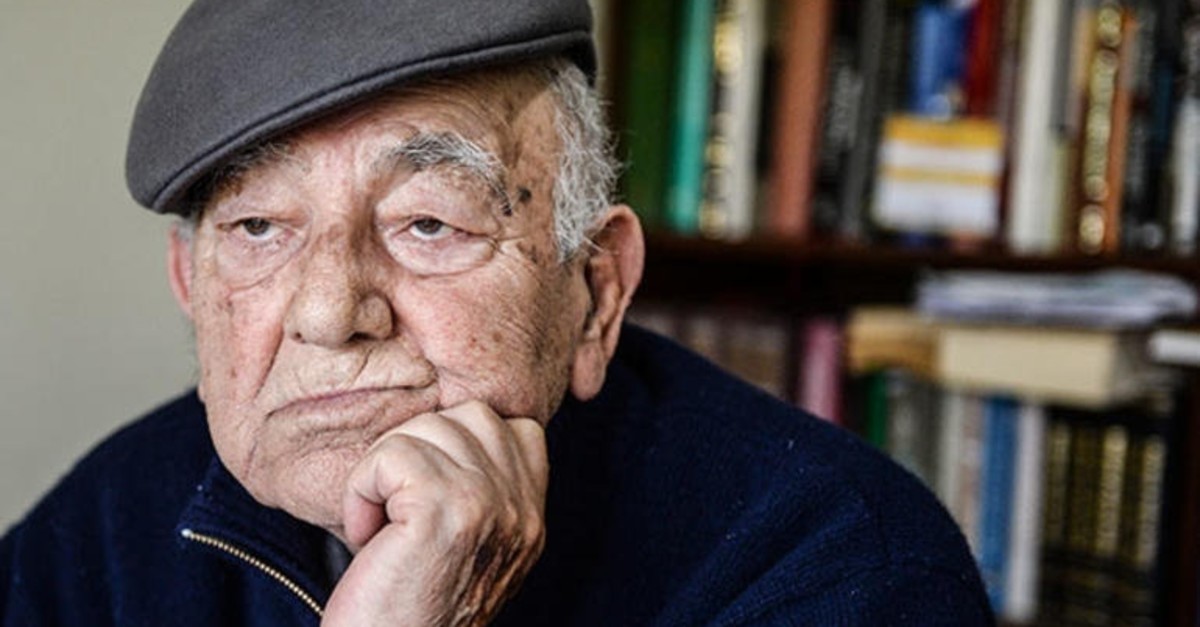 Beginning in 1957, Karpat worked as a professor of history for various American and Turkish universities, including NY University, Wisconsin, Johns Hopkins, Princeton, METU in Ankara, Robert College and u015eehir University in Istanbul.
by Hakan Arslanbenzer Mar 01, 2019 12:13 am

Many Turkish scholars studying and teaching social sciences in the West, especially in English speaking countries, have complained about the Western prejudice against them as scholars coming from a country not of the West, which considers itself superior to the East. Turkish expat scholars have often blamed the West for placing them in a special category depending on their ethnic and religious background.

Kemal Karpat, a prominent Turkish historian, who was also a naturalized U.S. citizen, not only shared the aforementioned complaint but added some edgy comments as well. In an interview published in the "Contemporary Authors New Revision Series" in 2009, Karpat said: "In the eyes of the Western people, I belonged to a different world, which had been condemned in advance as uncreative and even inferior. I discovered to my great chagrin that my beloved writers - with whom I became emotionally identified and to whom I owed much for my development as a sensitive, socially and politically alert human being - were used as symbols of Western superiority rather than the common heritage of all mankind. Thus, [Charles] Dickens appeared as an Englishman who could see the social evils in his society as no others, especially non-Westerners, could. [Honoré de] Balzac and [Victor] Hugo became the symbols of French uniqueness, while [Leo] Tolstoy was the symbol of Russian genius and messianism."

"I, the Turk," he added, "appeared as the bete noire of history, on which all the 'civilized' nations discharged their prejudice. My Muslim culture was depicted as stemming from a non-revealed religion (Islam), while the West drew the essence of its culture from a revealed, and by implication divine and superior, source."

Karpat told the Contemporary Authors Series that he read all this first with interest and amusement and then with growing indignation. Then he compared the masterpieces of the East and the West, concluding that there were no intrinsic superior or inferior characteristics in the East or the West, but everything that happened in history resulted from objective conditions. He thought that the inherent superiority idea of the West was produced to justify colonialism.

Though originally educated in law, on discovering the Western prejudices, Karpat decided to become a historian and research the history of his country. Indeed, he succeeded to show the historical roots of Turkish democracy, which remains a challenge against the old school Western fuss about so-called "Oriental despotism."

The life of an emigrant

Kemal Haşim Karpat was born on Feb. 15, 1925, in a village of Dobruja, Romania, to a Crimean Tartar family, who had previously migrated from Crimea to Dobruja. Karpat's father Haşim was a merchant and a local imam, while his mother Zübeyde was a housewife. His father died when Karpat was 15 years old. He was asked by his fellow villagers to replace his father as imam, since there was no one with a proper education in the village to lead religious events like birth, marriage and death.

Karpat believed that the social environment in his childhood had a great impact on his career since he was born to a multi-ethnic and multi-religious section of society, which was previously under Ottoman rule. According to his own recall, the demographic colors of his homeland helped him realize the social tolerance in the old Ottoman territories.

Though Karpat enrolled at the Medgidia Teachers' School, he migrated to Istanbul after his father's death. He graduated from Haydarpaşa High School. He received his Bachelor of Law from Istanbul University in 1948.

After graduating from the university in Istanbul, Karpat moved to the United States and received a Master's Degree in political science from the University of Washington in Seattle in 1950. He worked as a staff member of the social research department of the United Nations Secretariat in 1952-53. After that, he served in the Turkish military for two years. Karpat received his PhD degree from New York University in 1957 and began to work as an assistant professor for Montana State University.

Karpat was among the editors of periodicals such as the International Journal of Turkish Studies, the Central Asian Survey and the Journal of Muslim Minority Affairs.

He also received grants and awards from various institutions, including the Rockefeller Foundation, Harvard University, the state of Wisconsin, Romania (the Medal of Independence), the Turkish Grand National Assembly (Honor Prize in 2009), the Turkish Presidential Culture and the Art Grand Award (2016) and many others.

Kemal Karpat died on Feb. 21, 2019, in Madison, Wisconsin. His body was brought to Turkey and buried in the graveyard at Fatih Mosque after a ceremony at Istanbul University with the participation of President Recep Tayyip Erdoğan.

As a historian, Karpat wrote and published in both English and Turkish. His main topic was the social and political change of the Ottomans and modern Turkey with an underlying consideration of society rather than the state.

Karpat examined Ottoman history with a brand-new approach rather than the previous biased methods. He wished to tell the history of the real Ottoman society, which was a deeply rooted society and had great effects on European and world history, against the classical Western narrative, which depicted the Ottomans as an inferior and backward society.

One of his masterpieces is "Ottoman Society, 1830-1914," published in 1985, which offers many insights into the changes the ethno-religious mix of late Ottoman society experienced. His main argument considering the nation-building process of the modern Turkish state in light of migration and population movements has been cited ever since. He thinks that the Turkish-Muslim migrations in the second half of the 19th century created a new mixture of Muslim Ottoman communities, which would become the melting pot of a new political organization, the nation-state, for the Muslim Ottomans. Balkan Muslims melted into each other with a new identity, in which "Muslim" and "Turk" were synonymous and survived.

Karpat's second strategic thesis is about the emergence of Turkish democracy. Paying credit to outer effects, Karpat suggests that the essence of Turkish democracy is in the multi-ethnic and multi-religious life of Ottoman society. Turks customized the outer effects, he wrote, because they didn't merely imitate others but chose what to adopt from other societies; thus, these acquisitions have evolved into the shape of Turkish culture, politics, history and identity. Karpat thinks that the easy and fast customization of democracy in Turkish political life depends on various political, social, economic and cultural reasons lying in the last three centuries of Ottoman history.