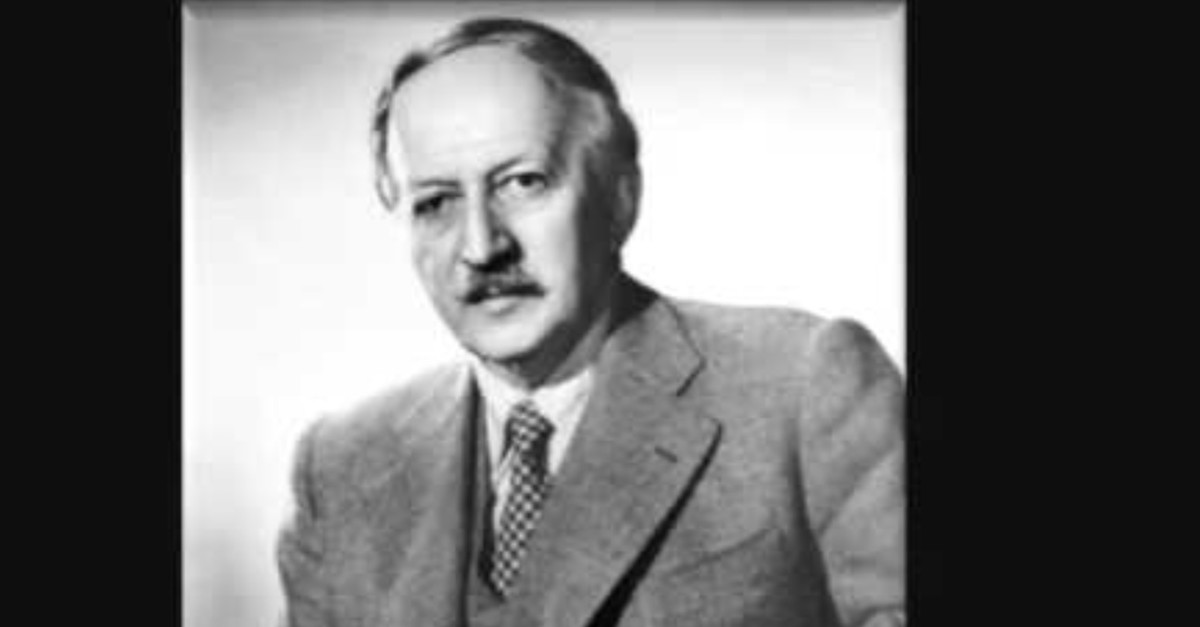 u015eerif Muhiddin was the most famous Turkish composer of Arab origin.
by Hakan Arslanbenzer Apr 05, 2019 12:15 am

Turkish classical music bears distinct touches of Armenian, Jewish and Greek composers, a widely known and appreciated fact. One of the best, Arab origin musician Şerif Muhiddin Targan both lived an interesting life and significantly contributed to the unique genre

Turkish classical music was an imperial genre. Among the great composers and performers of the genre, there were also many people from various ethnic and religious origins. Other than the Jewish, Armenian and Greek composers of Istanbul, Arab musicians also contributed a great deal to Ottoman court music. Since Arabs and Turks have had similar cultural histories and numerous things in common, the Arab elements in Turkish music cannot be separated out.

The most famous Turkish composer of Arab origin was Şerif Muhiddin. One of the Prophet Muhammad's (Peace Be Upon Him) descendants, Muhiddin was not only a successful performer of classical Turkish music but also composed new pieces synthesizing Turkish and Western classical music genres.

Şerif Muhiddin Targan was born Jan. 21, 1892 in the Çamlıca neighborhood of Istanbul as the son of Şerif Ali Haydar Pasha, the last of the Mecca Sharifs. Targan was one of the Prophet Muhammad's descendants from the 37th generation. His family belonged to the same branch of the family of Sharif Husain bin Ali, the father of Abdullah I, the first King of Jordan, and Faisal I, the first King of Iraq. Husain bin Ali collaborated with British forces and betrayed the Ottomans; however, Ali Haydar Pasha refused to turn against his patrons and lost much of his wealth because of his loyalty to the throne.

Private tutors educated Şerif Muhiddin Targan until he enrolled at the Darülfünun (later Istanbul University). He graduated from the Literature and Law departments of the university in 1908. He went to Mecca with his father after he was assigned as the Sharif in 1916. However, they were not allowed into the city because of Husain bin Ali's revolt. They lived in Damascus for a while and eventually returned to Istanbul.

Şerif Muhiddin left Istanbul for New York in 1924, causing Mehmet Akif, one of the greatest Turkish poets, write a poem lamenting his departure: "Invitation to the East." Akif refers to his virtuoso in classical Turkish music, naming him "the one and only genius of the East." Targan lived in New York for eight years, where Archibald Roosevelt, the son of Theodore Roosevelt, the president of the United States, helped and took care of him as a close friend. Targan played music with prominent artists in the U.S. such as Leopold Godowsky, Mischa Elman and Fritz Kreisler. The American musicians appreciated his "Koşan Çocuk" ("Running Boy"), a very progressive and experimental piece which he composed while he was in the U.S. Targan gave an oud and cello concert at the Town Hall in New York in 1928. He also performed in Detroit and Boston. The American press including The New York Times, the New York Herald Tribune and the Sunday Telegraph all published articles about his music.

Targan was a musician from the very start. He was a virtuoso of many Eastern and Western instruments including the oud and the cello. His brother Şerif Abdülmecid was also a violin and piano player. His wife Safiye Ayla was one of the most appreciated classical Turkish music singers. She was often compared to Müzeyyen Senar.

After learning how to play the oud and piano at home, Targan received private cello courses. Most nights, he and his brother would play the oud after they completed their homework and their parents went to bed. This made him sick at the age of 13 and led to his parents exploring his talent in music. After that, they allowed Muhiddin to practice music after dinner. In a very short period of time, he began to give concerts to his household.

Targan never sold his music. He never played for money. Because he was the son of Mecca Sharif and a descendant of the Prophet Muhammad, he had to live his nobility, which prevented him from gaining mass fame. Little of his music was recorded. However, it was enough to show his progressive and reformist attitude in Ottoman classical music. His main inclination was to blend a combination of Western harmony and melodies with Ottoman themes played with Ottoman and Western instruments - the oud and the cello. His "Caprice" can be listened to as a refined product of just such a synthesis.

The Turkish Republic did not assign Targan as a musician, perhaps because of his religious nobility, which the Republican regime sought to avoid. In 1934, he made it to Iraq and founded the Baghdad Conservatory. He stayed in Baghdad until he became ill and returned to Istanbul in 1948.

Finally, he was assigned as the Head of the Scientific Council for the Istanbul Municipal Conservatory, where he would serve for three years. He married Safiye Ayla in 1950 and resigned from the Conservatory in 1951 due to health issues.

Targan thought that Turkish music had developed to the highest levels in terms of rhythm and melody. However, he thought it should adopt Western harmonies to become polyphonic, a view he shared with his peers.

Şerif Muhiddin Targan lived a humble, noble and quiet life in Istanbul, performing the highest level of Turkish music for a small circle of close friends. He died on Sept. 13, 1967, in Istanbul. His grave is in the Zincirlikuyu Cemetery.