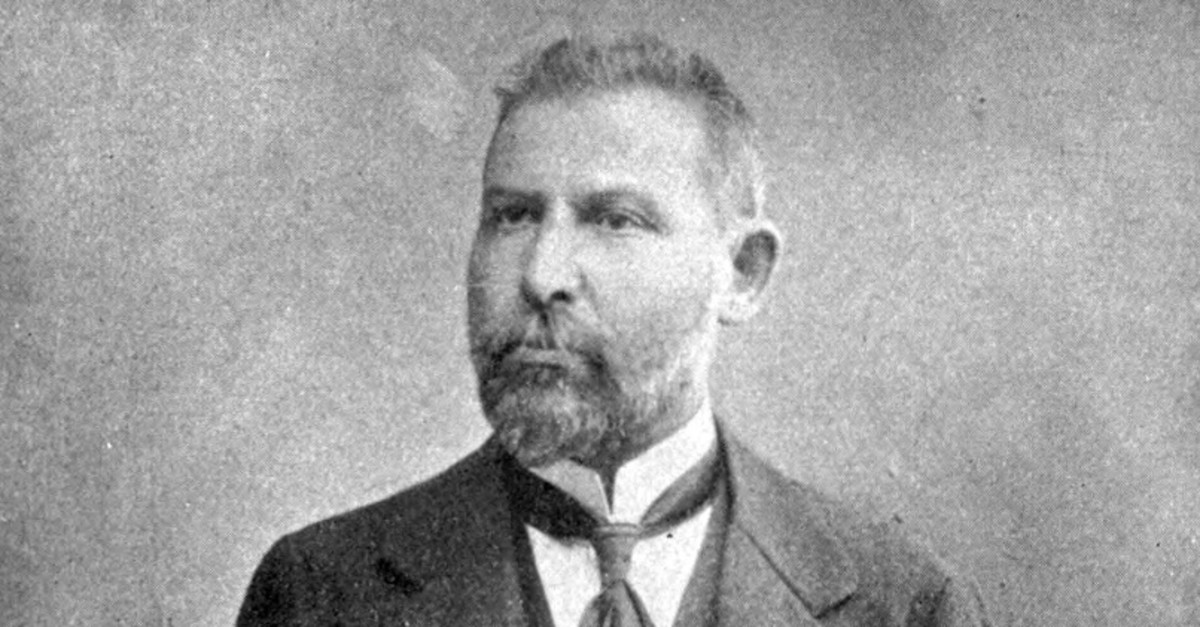 Abdullah Cevdet believed that the moral aspect of Islam should be kept for the sake of social cohesion as such Islamic morals would make the people religious in a philosophical but not dogmatic way.
by Hakan Arslanbenzer Jun 07, 2019 12:12 am

A doctor, thinker and writer, Abdullah Cevdet was possibly one of the masterminds behind the republic and Mustafa Kemal's political actions. He offered a synthesis between Islamic ethics and Western science, which made many people think of him as a nonbeliever and enemy of Islam

The question about the thinkers who inspired the founding principles of the Turkish Republic remains unsolved. Kemalist popular narrative offers a bunch of philosophers including Namık Kemal, Jean Jacques Rousseau and Ludwig Büchner as inspiration for founding father Mustafa Kemal, who is presented as an original philosopher in the same narrative. Equipped with extraordinary gifts, including genius, intuition and farsightedness, the supreme leader was a true philosopher according to Kemalist hermeneutics. On the other hand, no serious historian or social scientist lends credit to such metaphysical explanations, which are obviously ideological and have been fabricated for the sake of propaganda.

Yet, somebody must have inspired the republic. Nationalist narrative offers Ziya Gökalp as the philosopher behind the founding principle of the republic, namely Turkish nationalism. This is true to some extent since Mustafa Kemal and his collaborators were coming from a nationalist background, and they founded Turkey as a nation-state. But, was it because of a philosophical inspiration or a matter of realpolitik? Besides, Ziya Gökalp was an idealist conservative and could not have been responsible for the anti-religious attitude of Kemalist secularism.

So, the possibilities are narrowing. Again, popular narrative tells about Mustafa Kemal paying tribute to Abdullah Cevdet as the man behind his reforms. According to that story, Mustafa Kemal and Abdullah Cevdet had a four-hour meeting at the presidential residence in Ankara, where Mustafa Kemal told the good old doctor that he tried to apply his thoughts. Fact or fairy tale, that story gives us a hint that at least some writers found Abdullah Cevdet responsible for the ideas behind Mustafa Kemal's political actions. Who was the man, and more significantly, did he really inspire the founder of the republic to such extent?

Doctor Abdullah Cevdet was born on Sept. 9, 1869 in Arapkir, Malatya in eastern Turkey as the son of Ömer Vasfi Efendi, a Communications Officer in the Ottoman Army. His family was of Kurdish origin. This made him use the "Bir Kürd" ("A Kurd") as a penname from time to time.

Abdullah Cevdet was first schooled in Hozat and Arapkir after taking private religious courses from his uncle, who was an imam. After elementary school, Cevdet enrolled at the Military Secondary School in Memuretül-Aziz - an Ottoman "vilayet" (state) including today's Tunceli, Elazığ and Malatya.

After secondary school, Cevdet moved to Istanbul for the Kuleli Military High School for Medicine, which changed his life forever since he became a materialist at that school despite his religious upbringing.

Historians claim that Abdullah Cevdet remained silent as a teenager because of his religious background. The Military School of Medicine, in which Cevdet enrolled after his graduation from the high school part in 1887, was the spring of political unrest against Sultan Abdülhamid II. The cultural capital and philosophical beliefs of these students had already differentiated not only from those of the sultan himself, but the whole society as well. The School of Medicine, as well as its high school section, taught material science to young boys, who reflected this in their change of beliefs mostly.

This is one of the strangest paradoxes of political history in Turkey since this differentiation happened at a school opened and sponsored by Abdülhamid II. It has been referred to as the dichotomy between the fathers and sons.

In spite of his initial piety, Abdullah Cevdet became one of the activist leaders among the medical students. He was among the very few founders of the İttihad-i Osmani Cemiyeti (Association of the United Ottomans), which would become the İttihat ve Terakki Cemiyeti (The Committee of Union and Progress). In other words, Abdullah Cevdet was a true Young Turk.

Though Cevdet translated part of Ludwig Büchner's "Kraft und Stoff" ("Material and Strength"), he did not become a follower of Bücher's. Cevdet's intellectual turn is said to have occurred after reading Felix Isnard's treatise on materialism upon the recommendation of his fellow friend İbrahim Temo, who was also among the Young Turks.

Cevdet graduated from the School of Medicine as an ophthalmologist in 1894. During his internship, he was arrested because of his political activism and exiled to Trablusgarb (Libya) as a physician and imprisoned for four months in a castle. He fled to Europe in 1897 in order to continue his political activism freely.

Cevdet published the Osmanlı (Ottoman) periodical in Geneva with İshak Sukuti and Tunalı Hilmi. He wrote a postcard to the sultan, which led to him being extradited from Germany to Vienna, where he became the official physician of the Ottoman Embassy, which is only an example of the dilemma of the Young Turks against the sultan. They rebelled against Abdülhamid while, as in many cases, were paid by him. Cevdet signed a contract that said he would not write anything political in order to get his salary properly; yet, he continued writing under aliases.

Abdullah Cevdet tried to harmonize the thoughts of classical Islamic scholars with biological materialism, which constitutes his originality. He refused crude materialism, which rejected all religious aspects. Instead, Cevdet believed that the moral aspect of Islam should be kept for the sake of social cohesion. Such Islamic morals would make the people religious in a philosophical but not dogmatic way. Later, he adopted the "philosophical religion without any rituals and sanctions" approach of Jean-Marie Guyau, which best fit his own ideas.

Abdullah Cevdet was extradited by Austria in 1903. He moved to Paris to reunite with Ahmed Rıza and other Young Turk friends. However, they refused to accept him because of his previous job as the official physician of the Ottoman Embassy in Vienna. Therefore, he moved to Geneva once more to resume his publications.

Cevdet's legacy is the İçtihat (Jurisprudence), which was a cultural magazine he began to publish in 1904 and continued publishing until 1932. İçtihat was an extremely reformist publication on religious matters. Cevdet offered a synthesis between Islamic ethics and Western science, which made many people think of him as a nonbeliever and an enemy of Islam.

Cevdet returned to Istanbul in 1910, two years after the Young Turk revolution. He gathered Western, materialist and secularist thinkers, who would become the philosophical pioneers of the Kemalist regime, around İçtihat.

One of Abdullah Cevdet's peculiarities was his membership of such associations as the Friends of the British and Kurdish Upheaval, which led him to be prohibited from assuming public posts. In 1924, Mustafa Kemal considered offering him as a member of Parliament, yet the press propagated against him and he was unable to take a seat.

Abdullah Cevdet, defender of many eccentric and peculiar ideas, died on Nov. 28, 1932 in Istanbul.