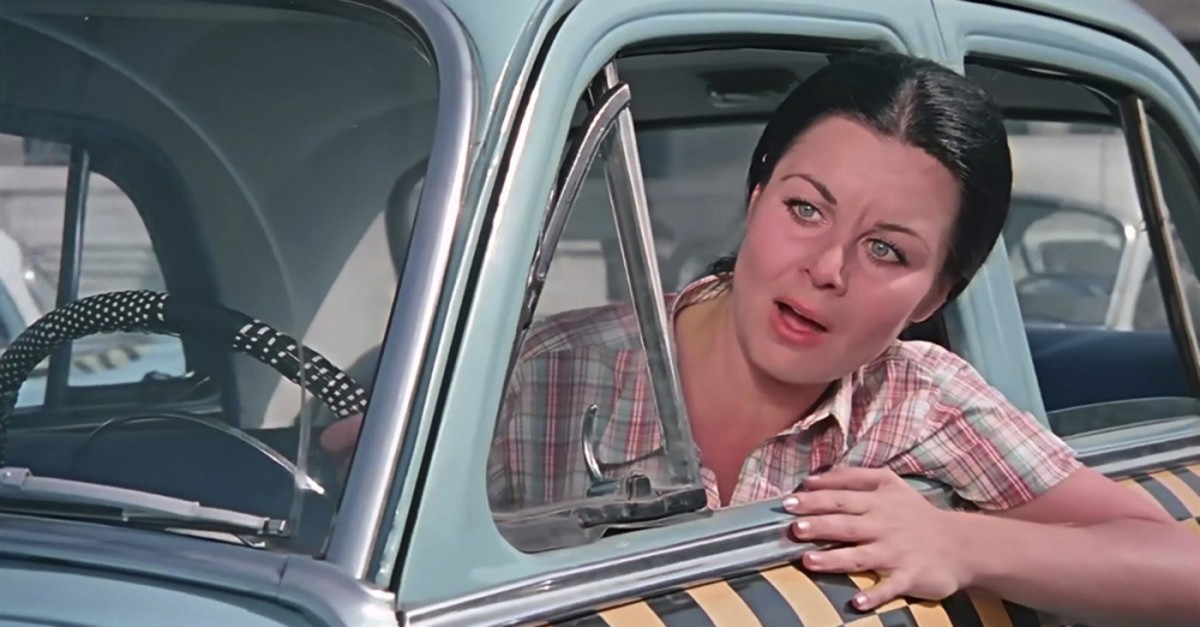 Fatma Girik displayed a strong personality even as a child growing up in a poor neighborhood, this characteristic transcended into cinema where she became an influential actress, and later a politician

Most leading actors and actresses of Turkish cinema's Yeşilçam era were from the lower classes. "Star cinema" was born out of poverty. Perhaps, the intimacy between the stars and the audience also depended on the fact that they both shared the same socioeconomic background. In addition, many movie scripts reflected life in poor neighborhoods, especially in Istanbul, where the stars actually were from.

Beginning in the early 1950s, movie producers held beauty contests to recruit new faces for cinema. Ayhan Işık, a cinema idol of the 1950s and 1960s, stepped into the movie scene by winning the "Artist Contest" held by Yıldız (Star) weekly cinema journal in 1951. After Ayhan Işık's box office hits, producers backed more contests, and more young people tried their chances in star contests. Many stars were born after that. 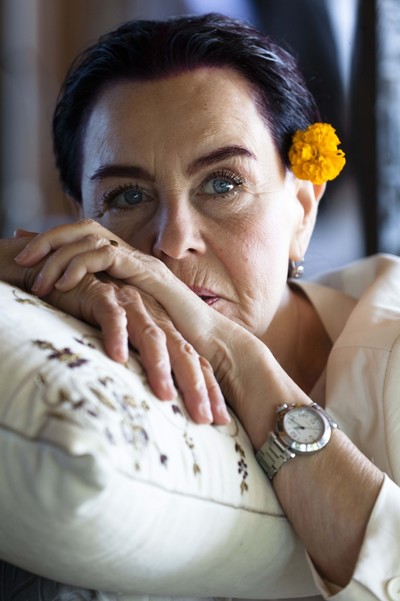 Fatma Girik has had a long acting career which started in the 1950s.

However, most of the successful stars of the movie star contests were men. Only a few female actresses could cope with the industry, including Türkan Şoray, Hülya Koçyiğit, Filiz Akın and Fatma Girik. Girik became a politician after her cinema career. She was the mayor of the Şişli district in Istanbul from 1989 to 1994.

Fatma Girik was born on Dec. 12, 1942, in Cankurtaran, a lower-class neighborhood in old Istanbul, as the first child of Hayri Girik, a fisherman and a diver, and Münevver Girik, a factory worker. Münevver was just 16 when she gave birth to Fatma. She worked in a textile factory until Fatma's birth.

When Fatma was born, a blond-haired, blue-eyed baby girl, her father looked at her face and said, "Oh, she looks very strong, she's not much different than a baby boy." Her parents decided to call the baby Fatma, sometimes called "Erkek Fatma" (Fatma the Boy), referring to her brave, strong and challenging attitude.

Fatma was not the average girly girl in the neighborhood. She played Tarzan and saved the girl playing Jane from the cannibals. When Fatma was 4 years old, the Girik family moved to Kocamustafapaşa, another poor neighborhood in old Istanbul. She was schooled there until the end of the fifth grade. After graduating from elementary school, she enrolled at the Girl's High School in Cağaloğlu, where she left school after the seventh grade and began to be an extra along with her mother in movies.

Fatma Girik was only 13 when she took her first role in a movie. She played a minor role in "Günahkar Baba" ("The Sinner Father") in 1955, where she only earned a couple of dollars. Yet, she was very happy on her way home. The father was unemployed, and the mother and daughter ran the house.

Though she tried hard, things didn't go well all the time. Directors such as Atıf Yılmaz and Osman Seden didn't like her, and they discouraged her. She stopped going to the studios for a few months. She tried to forget about the discouraging atmosphere at the studio, and school had already started. In addition, her mother Münevver didn't want her to become a movie actress. She had other plans for her. She wanted Fatma to finish school and get a reputable job.

However, Yeşilçam pursued Fatma. She was offered a leading role in a dramatic movie, "Leke" ("Spot"), in 1957, which was an average film. On the other hand, Fatma earned a good salary for her role and was inspired to continue. She played in a few more movies, none of which brought her outstanding fame. However, she became a regular in the film business although she was only a teenager.

Young Fatma had a love affair with a footballer, Varol Ürkmez, who was the goalkeeper of Beşiktaş JK in the late 1950s. They broke up quickly, and Fatma went on to have a relationship with producer and director Memduh Ün, with whom she lived with until his death in 2015. They couldn't officially marry because Ün's legal wife refused a divorce.

Fatma became really famous with her role in "Ölüm Peşimizde" ("Death is Chasing Us"), a film from 1960 directed by Memduh Ün. Girik and Ün lived and worked together for decades. He changed her fate as an actress, and she gave her best to the cinema. Though many producers and directors didn't believe in Girik's talent, Ün helped her show what she was capable of.

Girik played a double role in "Belalı Torun" (Bad-Ass Grandchild) (1962), again directed by Memduh Ün, where she played the granddaughter and pseudo-grandson of an old man, who wanted a grandson. Girik was labeled "Fatma the Boy" for the second time in her life, but this time she took advantage of the label and became one of the most popular female figures in Turkish cinema. In the 1960s and 1970s, Turkish people were fond of going to movies featuring Türkan Şoray, Hülya Koçyiğit, Filiz Akın and Fatma Girik. Many people named their daughters after these actresses. Especially in the early 1970s, nearly every family had a "Türkan," "Hülya," "Filiz" or "Fatma."

Female Hamlet and beyond

After some low-class dramas where Girik played vulnerable young girls, she began to play strong, self-determined heroines in epic dramas. She won the Best Leading Actress Award at the Antalya Film Festival in 1965 for her role in "Keşanlı Ali Destanı" ("Epic of Ali from Keşan"). She played similar roles in various other films including "Ezo Gelin" ("Ezo the Bride") and "Boş Beşik" ("Empty Cradle"), which are perhaps the movies where the Turkish people carved Fatma Girik's name in their hearts, before she began to sing in music halls at the end of the 1960s. Girik played in TV ads during the 1970s and made a reality show in the 1990s. She played in a few TV series in the 2000s. In 2001, she received the Lifetime Honor Award at the Istanbul Film Festival.

Fatma Girik ran for Şişli district mayor as the candidate of the Social Democratic Populist Party (SHP) and won the election in 1989. Her commission ended in 1994. Girik lives in Bodrum with her mother Münevver.