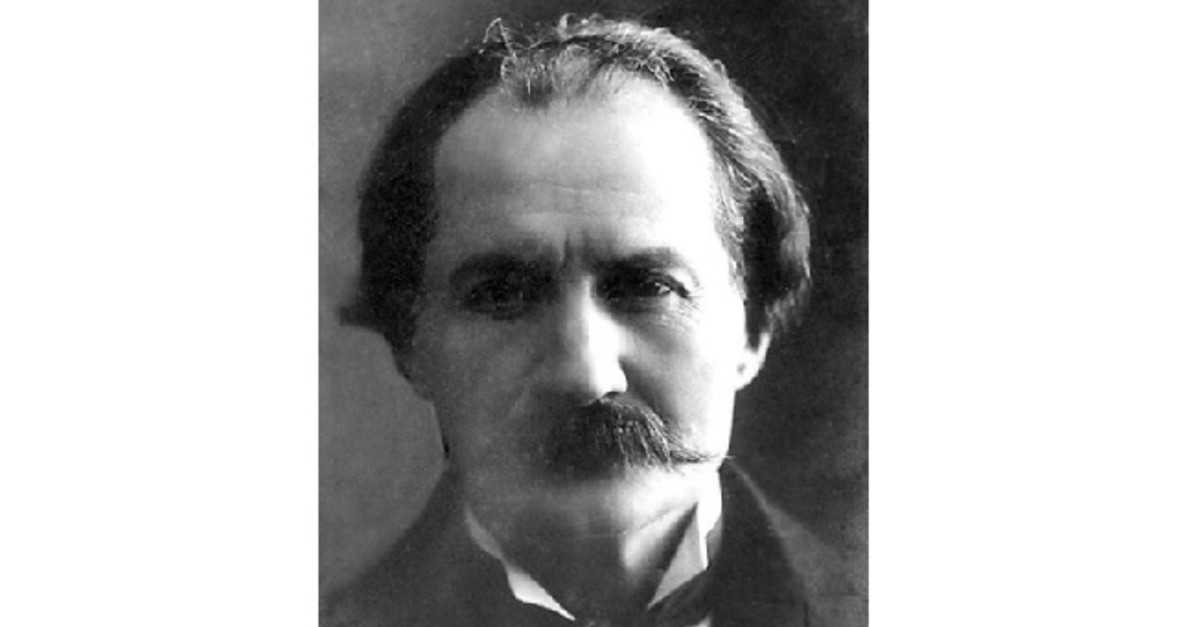 Despite his capabilities in a wide range of fields from literature to philosophy, Rıza Tevfik Bölükbaşı somehow managed to become a dissident in every community he gained access to and to such an extent that he became a persona non grata

The intellectuals of the Second Constitutional Era were the best products of the late Ottoman imperial education system. Each could speak at least one European language beside their standard knowledge of Arabic and Persian. Each of them worked on a professional field including the sciences, medicine, law, the military, public administration, philosophy, the arts, literature, et cetera. Nearly every intellectual of that period had a good understanding of aesthetics and knew the literature of the East and West so well that many of them published their individual artistic works.

Yet, there was a man among all these well-schooled and hardworking intellectuals who could not be defined by just one aspect of his biography or works, unlike that of the other Second Constitutional Era intellectuals, who could be summarized by one of their characteristics. Rıza Tevfik Bölükbaşı, or "Feylesof Rıza" (Rıza the Philosopher), was all of the personalities his name implied. He was a philosopher, a physician, a member of Parliament, a poet, a prisoner, adversary, persona non grata and more. Rıza Tevfik was not a consistent man; on the contrary, he made many contradictory moves during his lifetime. I suppose this was due to his personal character, which was inclined to see life as in flux instead of a linear path. One of his poems reads as follows:

"O beauty, you are the calamity, yet I

Would not fall in love with you, though

I would be mad about you. Don't

Be offended, but I would not be loyal

Even if I fell in love with you."

Rıza Tevfik Bölükbaşı was born Ali Rıza on Jan. 7, 1869 as the son of the governor in the sub-province of Cisr-i Mustafa Paşa (now Svilengrad in Bulgaria), Hoca Mehmet Efendi. His mother was Münire Hanım, who was originally a Circassian slave kidnapped and sold in Istanbul. His father, who was a well-educated man, first tutored Rıza Tevfik. After that, he was schooled at the Sion School, a Jewish institution, where he learned how to speak Hebrew. Then he enrolled at the Rüştiye (Ottoman secondary school) of Beylerbeyi, Davutpaşa and İzmit, where he moved with his family because of his father's job. He lost his mother in İzmit, where Münire Hanım died of malaria.

After his mother's death, Rıza Tevfik moved to Gelibolu with his father. In 1884, he enrolled at the Galatasaray Sultani (Ottoman Royal College), from which he did not graduate. Then, he enrolled at the Mekteb-i Mülkiye (the School of Public Administration), where he was dismissed in 1890 because of his political activities. He published a political journal with his schoolmates, which was a prohibited action for students during the reign of Abdulhamid II.

After his dismissal from the Mülkiye, he enrolled at the Tıbbiye-i Mülkiye (School of Medicine) as advised by one of his teachers. In Tıbbiye, too, he engaged in some political activities and was imprisoned several times. His family thought that marriage would help Rıza Tevfik get his life together, so he married Ayşe Sıddıka Hanım, the principal of the Darülmuallimat (School for Female Teachers), in 1895. Abdulhamid II assigned him as an assistant physician beside Fahrettin Pasha at a mobile hospital, which served wounded soldiers during the Ottoman-Greek War in 1897.

Rıza Tevfik graduated from the Tıbbiye in 1899 and began to work as a physician. Cenap Şahabettin, a famous poet and a physician, helped him get assigned at the Quarantine Department in Istanbul. He also worked as the medical inspector at the Istanbul Customs Office. Thirdly, he was elected as a member of the Association of the School of Medicine. He kept all of his posts until the 1908 revolution.

Meanwhile, he lost his wife in 1903 and later married Nazlı Hanım.

Rıza Tevfik lived his life like a professional adversary. He was among the opposition against the sultan, entered the İttihat ve Terakki Cemiyeti (Committee of Union and Progress), rose through the ranks of the organization, gave speeches to the Istanbul public about the Constitution and freedom, and was eventually elected as a member of Parliament after the revolution. However, his role within the Committee of Union and Progress didn't long last because of his inconsistent nature. Though he was a member of a diplomatic mission with Talat Pasha visiting London in 1909, he left the Committee of Union and Progress and joined the Hürriyet ve İtilaf Fırkası (Freedom and Accord Party) after some controversies with his old friends because of his reckless actions. He went so far as to scrutinize the Union and Progress as if he hadn't participated in the formation of the organization. As a result, the Union and Progress turned on him. He was imprisoned in 1912 after a political speech in Istanbul and badly beaten by men hired by Union and Progress members in Gümülcine - now Komotini in Greece, where 40 % of the population is Turkish. This last incident made him decide to leave politics, and he remained out of the political scene until the end of the great war.

Rıza Tevfik became a part of the National Literature Movement after 1913. He left his old style poems and began to write in folk rhyme, which was a must for the movement. Some of his poems are still read and sung. The piece beginning with "Uçun kuşlar, uçun" ("Fly birds, fly") is one of the best musical compositions ever made on a rhymed poem. Late singer Ahmet Kaya was the best interpreter of the song.

Rıza Tevfik owed his nickname "Feylesof Rıza" to his writings on philosophy. He wrote more than 50 articles on philosophy between 1914 and 1922. His philosophical inclination was toward spiritualism. He defined the philosophy as "the science of God and man." He followed a "man-made" philosophy because every man dies eventually. Knowing that his life is not infinite, man looks for signs that the universe is in harmony and all signs come from the first principle, which is death itself.

Rıza Tevfik was also an aesthete. He wrote on aesthetics and criticized famous poems of his time on philosophical grounds. Like Immanuel Kant, Rıza Tevfik thought the origin of art was man's bewilderment of nature.

Rıza Tevfik lived abroad from 1922 to 1939. He lived in Hejaz, Oman, Jordan and Lebanon during his exile. He visited the United States in 1928. He worked as the Director of Archaeology for Emir Abdullah of Oman. After the Turkish Grand National Assembly pardoned him, he returned to Turkey in 1939.

Rıza Tevfik died on Dec. 31, 1949 in Istanbul. His grave is in Zincirlikuyu Cemetery.