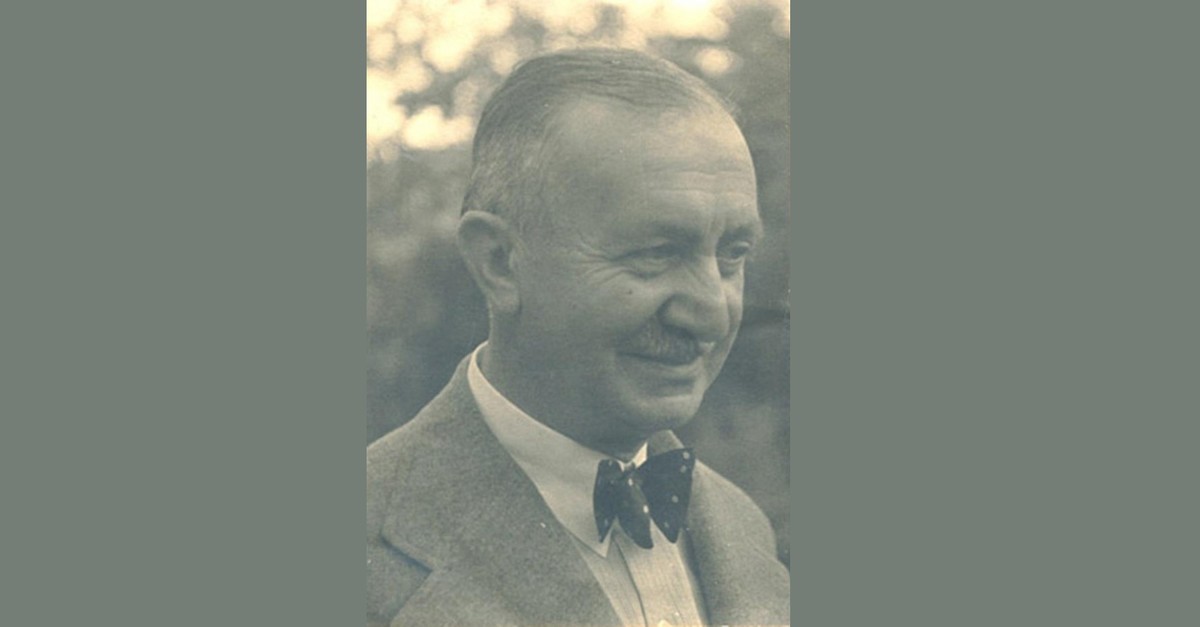 Known as a representative of corporatist ideals in Turkish politics, Memduh Şevket Esendal is also a significant author in Turkish literature. He is renowned for his Chekhov-style short stories and his novel ‘Ayaşlı ve Kiracıları'

Turkish narrative arts have had a long history. The first examples of the Turkish story date back to the oral tradition. While the traces of that oral tradition can be seen through stage arts and cinema, written genres of the Turkish narrative have deliberately shifted toward the Western narrative genres. After Namık Kemal, the founder of the modern Turkish literature, tried to invent the Turkish novel, many of his disciples continued in his footsteps and wrote long or short fiction to comply with the Westernization process in literature.

Namık Kemal and his comrade Ziya Pasha were romanticists and didn't leave the Turkish tradition completely. Although they were inclined to Westernize Turkish literature, they had an inherent taste for their ancestors' tradition. The first Western-type short stories emerged in the 1890s under the influence of French realism and naturalism. Nabizade Nazım, Samipaşazade Sezai, Halit Ziya Uşaklıgil and Hüseyin Rahmi Gürpınar offered successful examples of realist short fiction. However, all of these first-generation realists were better at writing short fiction. Short fiction was like a ladder for them to climb to the novel genre.

The first author to gain a reputation with short fiction only was Ömer Seyfettin. A pioneer of Nationalist Literary Movement, he brought Maupassant's style to Turkish short fiction. The Maupassant style depended heavily on adventure and the stream of events. The dialectic twin of this was Chekhov's style, which depended on situations rather than events. Memduh Şevket Esendal, a bureaucrat by profession, was the first Turkish author to write Chekhov-style short stories. Though Esendal also wrote a famous novel in 1934, his reputation depends on his short fiction.

Memduh Şevket Esendal was born as "Mustafa Memduh" on Mar. 29, 1884 in Çorlu, Edirne to a middle-class family of landowners. His family earned their living on farming. Because of the bad conditions perpetuated by wars and migration, Esendal could not obtain a proper education. Though he officially enrolled at the Edirne High School, he could not graduate. Instead, he educated himself by reading everything he could. He learned French, Russian and Persian.

Esendal lost his father in 1907, after which he took care of his family. He worked as a farmer for some time before he received a position as a public servant at the Customs Department in Edirne. After his father's death, Esendal married Ayşe Faide Hanım, one of his cousins. They had three children named Mehmet Suat, Ahmet and Emine.

Esendal wished to be an author. When his father asked him what he sought to do in adulthood, he replied, "I will be a writer just like Ahmet Mithat Efendi." Ahmet Mithat was one of the most famous writers of Esendal's youth. His conversation with his father implies that he already read Ahmet Mithat's work and was well aware of contemporary Turkish literature. In 1908, he began to publish his early works. In this early period, Esendal was a realist and critical in the social sense. Like his peers, he wrote in line with Maupassant's style. As a revolutionary, he wanted to change society; therefore, his stories aimed at social criticism to some extent. He continued this type of writing until 1921, when he read Anton Chekhov in Baku.

Meanwhile, he joined the Union and Progress Committee. After the 1908 revolution, he was assigned by the Committee as an inspector in Istanbul. Esendal worked as the representative of Chambers of Commerce and as an inspector for the Anatolian provinces. He joined the corporatist group led by Kara Kemal and Ali İhsan Bey. They defended a type of democracy depending on representatives of professional corporations, which aimed at the centralization of the state, social solidarity and economic development.

Esendal fled to Italy after the Alliance forces occupied Istanbul. English soldiers invaded the center of the Committee of Union and Progress and searched for Esendal with his comrades. He hid in Istanbul and Italy for a while. After that, he went to Ankara upon invitation by Mustafa Kemal, the leader of the War of Independence.

After the Turkish Republic replaced the Ottoman Empire, Esendal took his place in the newly founded state. However, his corporatist ideals created a problematic relationship between him and the single-party rule. The Republican People's Party (CHP) leaders assigned him as an ambassador to Baku (1920-1924), Tehran (1925-1930) and Kabul (1933-1941). After he completed the Baku mission, he returned to Istanbul and began to publish a journal named Meslek (Profession) to defend corporatist ideals together with some of his old friends from the Committee of Union and Progress, which caused him to be given another foreign assignment.

Esendal passed his mature years abroad because of his controversy with the rulers of the state. Yet, he also was a Member of Parliament in 1931-1933 and 1941-1950. Eventually, he worked as the general secretary of the CHP between 1942 and 1945.

After his realization of Chekhov's style in short fiction, Esendal began to write very short pieces telling the daily situations of the Turkish people.

I think Esendal adopted Chekhov's style for the sake of his corporatist ideals since he could portray the conflicts in the society in a minimalist way and direct his reader to the need for a corporatist society to get rid of the chaos he depicts in his stories. Esendal's story has a wide-range of dramatis personae including nearly every type of person in the Turkish society, which jumped into a being republic after centuries' experience as an empire. Most of his characters are poor but lively persons. They have an optimistic and lively standard of feeling and behavior. Esendal tended to write about the conflicts of the real daily life of the common man and corporatist ideals. A populist in sentiment, Esendal loved the Turkish people. However, as a realist in style, he tried to make a minimalist criticism of the society to which he belonged.

Esendal died on May 17, 1952 in Ankara. His best novel, "Ayaşlı ve Kiracıları" ("The Man from Ayaş and his Tenants"), tells the story of a group of public servants and intellectuals living in an apartment building owned by a local landlord in Ankara, and was adapted into a TV mini-series shown on TRT, the state television channel, in 1989.