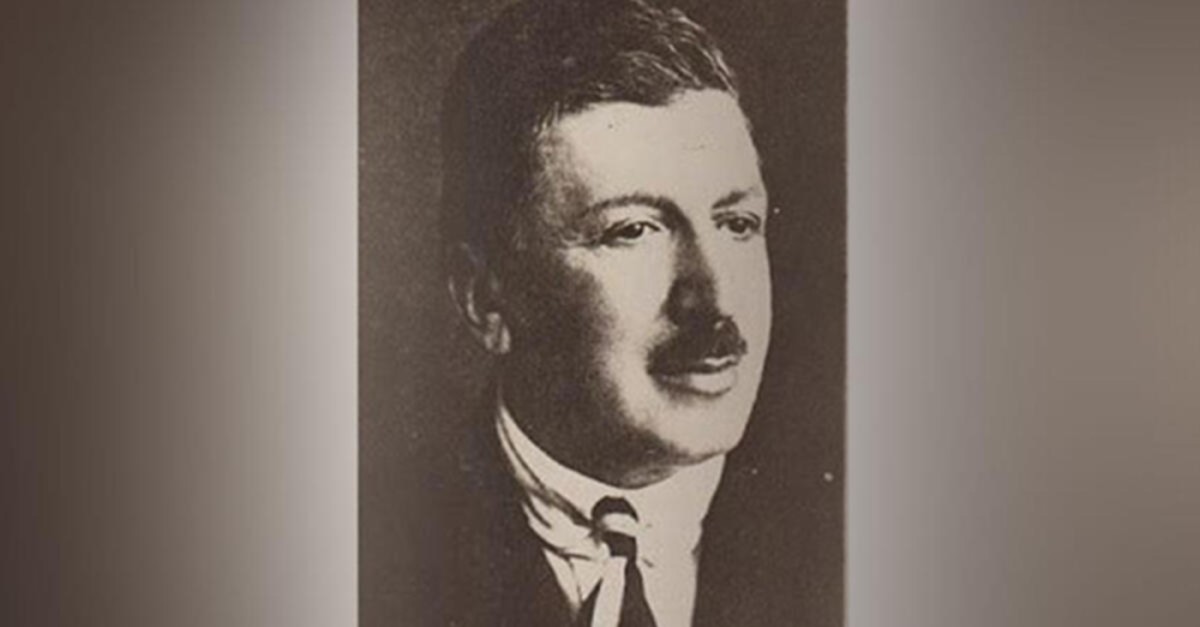 Cenap u015eehabettinu2019s best contribution to the New Literature was his imagism.
by Hakan Arslanbenzer Aug 23, 2019 12:08 am

One of the first pioneers who brought the psychology of the self to the lines of poetry, Cenap Şahabettin contributed to renewing the path of Turkish lyric poetry and remained a lyrical poet his entire life

Turkish symbolists, especially Yahya Kemal and Ahmet Haşim, were under heavy influences coming from French poetry. Charles Baudelaire's Fleur du Mal (Flowers of Evil) was like a sacred book to them. Besides Baudelaire, such Frenchmen as Verlaine, Coppee, Musset, de Heredia were, too, among their favorites.

On the other hand, as Yahya Kemal and Ahmet Hamdi Tanpınar repeatedly stated that any national poetry could only be modernized depending on its own tradition. Outer influences would enrich any domestic art of poetry by giving a newer vision and a broader look at the substance of poetry, while such other issues including the language, persona, manners and style should be recreated within the context of that national poetry. It's a fact that French symbolism had an effect on Turkish poetry; however, the real springtime of the new Turkish symbolism was the imagist side of the diwan poetry of the Ottoman Era.

The first Turkish poets combining the imagism of diwan poetry and the symbolism of the Frenchmen were the disciples of Namık Kemal, namely Recaizade Mahmut Ekrem and Abdülhak Hamid Tarhan. Ekrem left the social realism of Namık Kemal and started the poetry of the individual. Ekrem's and Hamid's aesthetic position could be named "art for the sake of art," which had a great effect on coming generations.

However, Recaizade Mahmut Ekrem and Abdülhak Hamid Tarhan were not great psychologists and the psychology of the persona in their most "individual" poems was the psychology of a common Ottoman intellectual. The first two pioneers, who brought the psychology of the self to the lines of poetry, were Tevfik Fikret and Cenap Şahabettin. These two renewed the path of the Turkish lyric poetry. Yet, Fikret left the lyric path later for the sake of political and epic poetry, while Cenap remained a lyrical poet for his entire life.

Cenap Şahabatten was born on April 2, 1871 in Manastır (now Bitola in the Republic of North Macedonia). He was the son of Maj. Osman Şahabettin Bey, who was killed on the battlefield during the Ottoman-Russian War of 1877-1878.

After his father's death, Cenap's family moved to Istanbul. He was first schooled at the Mekteb-i Feyziyye, which was a private school run by Jewish converts to Islam. After that, he enrolled at the Askeri Rüşdiye (military secondary school) in Eyüp. After Eyüp Rüşdiye was demolished, he transferred to the Gülhane Rüşdiye, where he graduated in 1880. Cenap enrolled at the Askeri Tıbbiye İdadi (military high school of medicine). After two years, he enrolled at the fifth grade of the Askeri Tıbbiye (military school of medicine), where he graduated in 1889 as a medical doctor captain. The officials sent him to Paris in the early 1890s for specialization in dermatology. After four years, he returned to Istanbul and began work as a physician at the Haydarpaşa Hospital.

Cenap asked for new duty outside of Istanbul because he thought that he was under surveillance. He was sent to Mersin and Rhodes in order to work for the Department of Quarantine. He visited Jeddah as a medical inspector in 1896.

On the other hand, he began his literary career under initial influences by Mustafa Asım Efendi and Muallim Naci, both writing in the classical path. He was just 14 when his first poem, a little piece of ghazal, was published in a newspaper. He continued writing more ghazals for a few years. These were insignificant poems imitating some other poets' style.

After his earlier years, Cenap came closer to the style of Ekrem and Hamid. He published his first volume of poetry, "Tamat" (Blather) in 1886. He changed his poetry while he was studying medicine in Paris and became a more imagist poet. His new poems were like pictures, while he used words to make the reader imagine anything he was talking about. His friends thought that his new poems were translations from French literature. However, they were so original that people knowing the old words are fond of reading his small, image-like poems even today.

Cenap became a part of the Edebiyat-ı Cedide (New Literature) movement through his colorful lyric poems. After publishing some original poems in several journals, Tevfik Fikret invited him to Servet-i Fünun, the flagship of the New Literature movement. After that, Cenap was considered as one of the greatest poets of the movement.

His best contribution to the New Literature was his imagism. He was brave to make very original phrases such as "saat-i semenfam" (jasmine-colored hours), "tuf-i tesliyet" (echo of consolation), etc.

Standing on the wrong side

Cenap wrote literary essays besides his imagist poems; however, he never wrote about politics until his arrival in Istanbul after the 1908 revolution. He wrote of his impressions of his visits to Europe and Syria during World War I. He continued writing politics during the War of Independence, which turned out to be a huge burden on him until his death, because he opposed the military struggle in Anatolia against the occupation forces. Although he justified his writings as an honest mistake by saying, "I'm a poet and don't understand much about politics," and was pardoned by Mustafa Kemal, people have never forgiven his opposition to the national struggle in Anatolia. Therefore, he lived a low-profile life after the War of Independence was won and the Turkish Republic was founded. He felt an obligation to praise Mustafa Kemal and his reforms on every opportunity. He tried to write in a plainer style after he participated in the Language Congress in 1932.