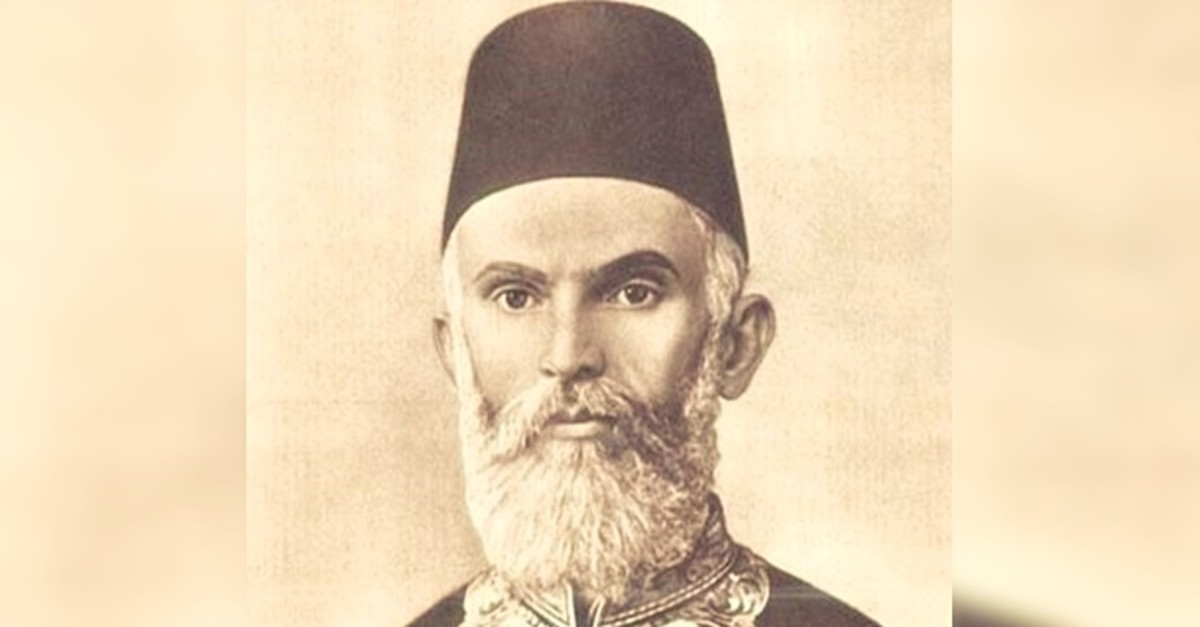 u015eemsettin Sami firmly believed that the Turkish language should first review its history in order to modernize and improve.
by Hakan Arslanbenzer Sep 14, 2019 12:04 am

The very first Turkish dictionary belongs to Mahmud al-Kashgari. Yet, "Diwan Lughat al-Turk," Kashgari's masterpiece written in the 11th century, was intended for use by the caliphs of Baghdad who were heavily influenced by the Turks. The Turks, on the other hand, entered the inner core of the Muslim Middle East first as mercenaries, and the Turkish dynasties began to conquer many territories belonging to the Muslims and non-Muslims in Asia. When the first Seljuk troops arrived in Ani, the eastern frontier of Anatolia, there were numerous Turkish villagers living in various parts of Anatolia and Syria.

The Turks not only brought their dangerous weapons and strong horses to the Middle East but their language and culture as well. On the other hand, the history of the Turkish language is complicated to some extent. Old Turkish dates back to the sixth century; however, the written literature of Anatolian Turkish didn't completely form until the 13th century.

In Anatolia, the Seljuks and Ottomans preferred to use their own language for official use, rather than Arabic and Persian. Arabic was the common language of science all around the Muslim world, while Persian was the best second language to learn for a literary career. However, Turkish soon left its stamp on the millennium of the Turkish state, and the people living in Anatolia.

Unfortunately, Turkish linguistics couldn't make its own way until the 19th century, though the language itself had already scattered through the Ottoman territories, including the Asian, European and African areas. The first endeavors to make Turkish linguistics split from Arabic linguistics came from Namık Kemal, the greatest poet of the 19th century. Though he didn't write a grammar book or the like, Kemal always defended the idea of returning to the daily speech of ordinary people. He also offered many goals to achieve concerning language and literature. Among the first generation who heard his masterly and sagely voice was Şemsettin Sami, who authored the first Turkish-to-Turkish dictionary, "Kamus-i Türki" ("The Turkish Dictionary"), and the first Turkish encyclopedia, "Kamusu'l-Alam," ("The Encyclopedia of Worlds").

Şemsettin Sami - or Sami Frasheri as he is called by his fellow Albanians - was born in Frasheri village of Janine vilayet (now Janina in Greece) in the Ottoman State on June 1, 1850 to a Muslim Albanian family. His paternal ancestors were Ottoman fief "begs," who originally resided in Berat in Ottoman Albania. On the other hand, his maternal ancestors were the descendants of İmrahor İlyas Beg ("Iljaz Bej Mrahori" in Albanian), who was a significant statesman during the reigns of Mehmed II the Conqueror and Bayezid II.

Şemsettin was privately tutored by Mahmud Efendi of Kalkandelen, who taught him Arabic, the Quran and Persian. After he lost his father in 1859 and mother in 1861, he followed his big brothers to Janina. He enrolled and graduated from the Greek high school there. He learned Latin, Greek, Italian and French. He also improved his Arabic and Persian during his high school years thanks to private lessons he received from Müderris Yakub Efendi.

Sami arrived in Istanbul in 1872 with his brother Naim. Both brothers began to work as public servants at the Press Department. He published some periodicals before he was sent to Libya after two years. Meanwhile, he authored the first Turkish novel, "Taaşşuk-ı Talat ve Fitnat" ("The Love of Talat and Fitnat"), which was a novel defending natural love against marriage traditions. He also wrote some theater plays, some of which were staged at the Gedikpaşa Theater.

Sami returned to Istanbul after one year in Libya as the editor-in-chief for the Vilayet (Province) newspaper. He founded Sabah (Morning) newspaper in 1876. He edited the paper for one year before he moved to Janina to work as a military clerk during the Ottoman-Russian war. After the war ended, he returned to Istanbul and began translating for French authors, including Victor Hugo. He also authored the French-Turkish dictionary before he published the counter volume, the Turkish-French dictionary.

Sami married in 1884 and settled in Erenköy, Istanbul. He began to work on his masterpieces. After five years, he published the "Kamusu'l-Alam" ("Encyclopedia of the Worlds"), which is an encyclopedia of history and geography. It's also the first encyclopedia in Turkish.

In 1896, Sami began to publish the "Kamus-i Arabi" ("Arabic Dictionary"). However, his most significant work, the "Kamus-i Türki" ("Turkish to Turkish dictionary") was published in 1900. This was important for him since he was a Turkish nationalist. He believed that calling the Turkish language "the Ottoman language" was wrong, saying it cut the historical roots of actual Turkish. Alongside other Turkish nationalists, Sami staunchly argued that the Turkish language should first review its history in order to modernize and improve. The dictionary was an attempt for that. He also tried to edit and publish the old Turkish works, but he couldn't manage to do so.

Şemsettin Sami died at the age of 54 in Istanbul. His grave is located in Sahrayıcedit Cemetery in Erenköy. His family later moved his remains to a family plot at Feriköy Cemetery in 1968.