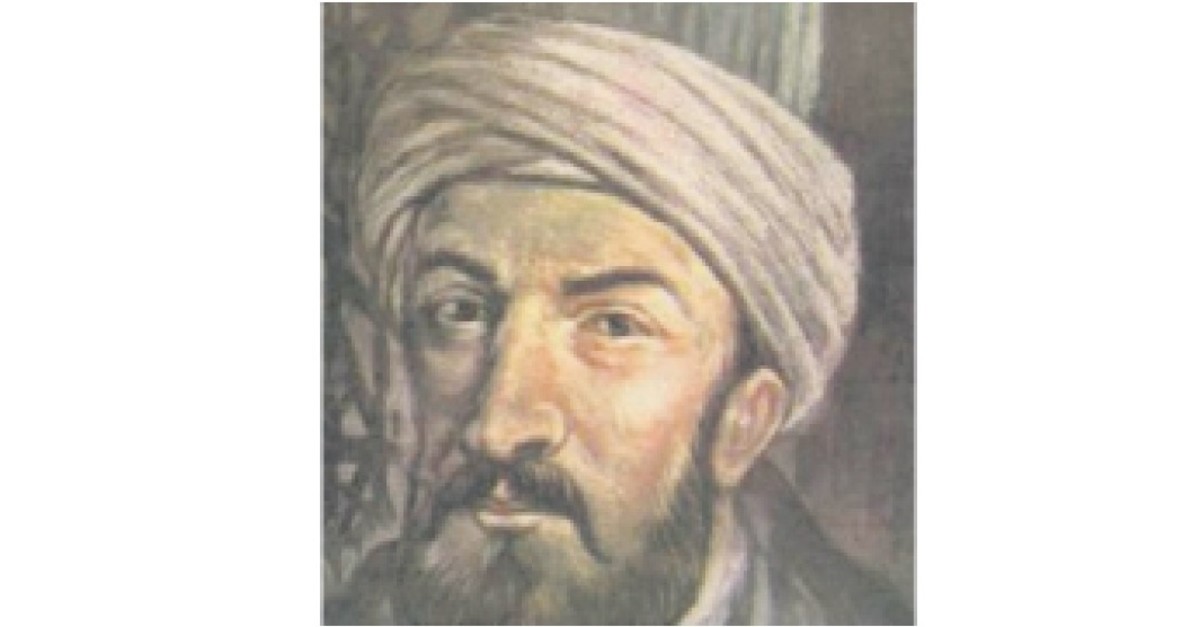 Known as Şeyh Galip, Mehmed Esad was actually a revolutionary poet who wrote in the style of ‘fast moving rivers,' which sound like a song, as opposed to traditional Ottoman poetry

Yahya Kemal, a major poet and critic of the early 20th century, stated that the "Edebiyat-ı Cedide" ("New Literature") was the most obvious split from the old traditions of Ottoman poetry and prose. Before that, to many scholars and critics, Turkish literature was like a slow-moving river. "The last five centuries of our poetry," wrote Yahya Kemal, "reflect the idea of conforming, which had been our primary motto since we became a nation on this land. We accept as a truth that we are an army-nation also in poetry. Even the stages of novelty and innovation experienced by the language, taste and emotion didn't show much of contradictions. Both our poets and prose writers stayed within the known boundaries while they split from the mainstream from time to time. Şeyh Galip, who proudly alleged that he was the one to split most and really was, was a dawn at dusk."

Contemporary poets and critics have argued whether Şeyh Galip was the predecessor of the modern Turkish poetry or the last summit of the dying Ottoman poetry. İsmet Özel thinks that Galip brought a new understanding to humankind, which put the man rather than God to the center of the universe. Ebubekir Eroğlu goes further by saying that Şeyh Galip started the modernity first. However, these judgements don't depend on historical material and textual analysis.

I think Şeyh Galip was the summit of artifice in the art of Ottoman poetry, whereas his poems don't reflect any facts his own time, which is number one rule of modern poetry, but are the fruits of speculation and abstraction. Galip stays in the margin of the tradition, it's true; yet, as Yahya Kemal, one of the modern experts of the Ottoman tradition, stated, he was nothing but an eccentric part of it.

Şeyh Galip was born "Mehmed Esad" in 1757 in a house neighboring the Yenikapı Mevlevihanesi (a Mawlawi lodge within old Istanbul). His father and grandfather were Mawlawis. His entire life would pass within the Mevlevi order. He was initially tutored by his father. After that, he received private lessons from a Mawlawi "dede" (grandfather, elder in the Mawlawi order). He learned Arabic and Persian from different teachers. His Persian teacher advised him to use the name "Esad" in his poems; however, he chose to use "Galib" as a pen name in order not to be confused with other poets named Esad.

He worked as a clerk at the Sultan's court before he moved to Konya at age twenty six, which his family didn't support, in order to enter the thousand days' "çile" (asceticism) at the Mawlana (Jalaladdin Rumi) lodge. He also was a regular at the Çelebi Seyyid (Çelebi: descendant of Mevlana; Seyyid: Descendant of Hussein bin Ali) Ebubekir Efendi's preaches.

On the other hand, his family was missing him. His father applied to the Çelebi Seyyid and asked for him to send his son to Istanbul. Çelebi helped the father and transfer Galip to Yenikapı Mevlevihanesi (dervish lodge) to complete his rites in Istanbul.

Galip moved to Istanbul and completed his rites and became a "Dede" at age 30.

Şeyh Galip, or "Galib Dede" as the Mawlawis and Mawlawi lovers chose to call him, was a star at the Mawlawi order. He was bright and talented and carried blue blood of the order thanks to his father and grandfather. He was the successor of Ali Nutki Efendi, who permitted him to write an apostil to a book of another Mawlawi dede, which was like that he received his master thesis by doing that.

In 1790, Galip moved to Sütlüce after buying a house next to the tomb of Yusuf Sineçak Efendi, one of the Sütlüce Mevlevihanesi sheiks. He also wrote an exegesis to a piece of Yusuf Sineçak, which was a book commenting on the Mathnawi of Mawlana.

Şeyh Galip was assigned as the "postnişin" ("sitter," the master of the lodge) of Galata Mevlevihanesi after the previous master was dismissed and his successor died on the way to Istanbul. This assignment helped Galip to make friends with Selim III, who loved music and poetry. The Sultan helped Galip's lodge much. He also made many compliments to Galip himself. In exchange, Galip supported the Sultan with great conformity in spite the fact that Konya Mevlevihanesi was opposing military innovations of Selim III.

'The Beauty and the Love'

Galip is the most abstract Ottoman poet. Besides, he used a special vocabulary of his own. Though the Ottoman poetry was localizing in language, he liked to create enigmatic and intricate phrases thanks to his Mawlawi upbringing. He was an opposer of Nabi, the major poet of the previous century, finding him prosaic. Galip tried to write poems with utmost poetic diction. So, some people such as Victoria Holbrook, the author of the "The Unreadable Shores of Love: Turkish Modernity and Mystic Romance," which is a biased evaluation of the modern Turkish poetic thought in favor of the mystical and mythical of Şeyh Galip, think that he was the greatest poet of all times.

On the other hand, everybody pays tribute to the talent of Galip. He is very good in putting words in a line. Though he never uses words of Turkish origin, his lines stream like fast rivers. Many of his poems look like songs, while he wrote songs, too.

Galip's masterpiece is the "Hüsn-ü Aşk" ("The Beauty and the Love"), an abstract love story in rhyme. Constituting of 2041 couplets, the story tells about the mystical and allegorical adventures of love in order to rejoin the beauty. "Hüsn-ü Aşk" is full of resemblances. For instance, "Beauty" has nothing got to do with the beauty of women, but it's the beauty of the creation, while "Love" is the enthusiasm of the Sufis toward their mystical goals, not the desire of men toward women. There's very little humanism in "Hüsn-ü Aşk." Everything is about the abstract dreams and deliberations of a talented young mystic.