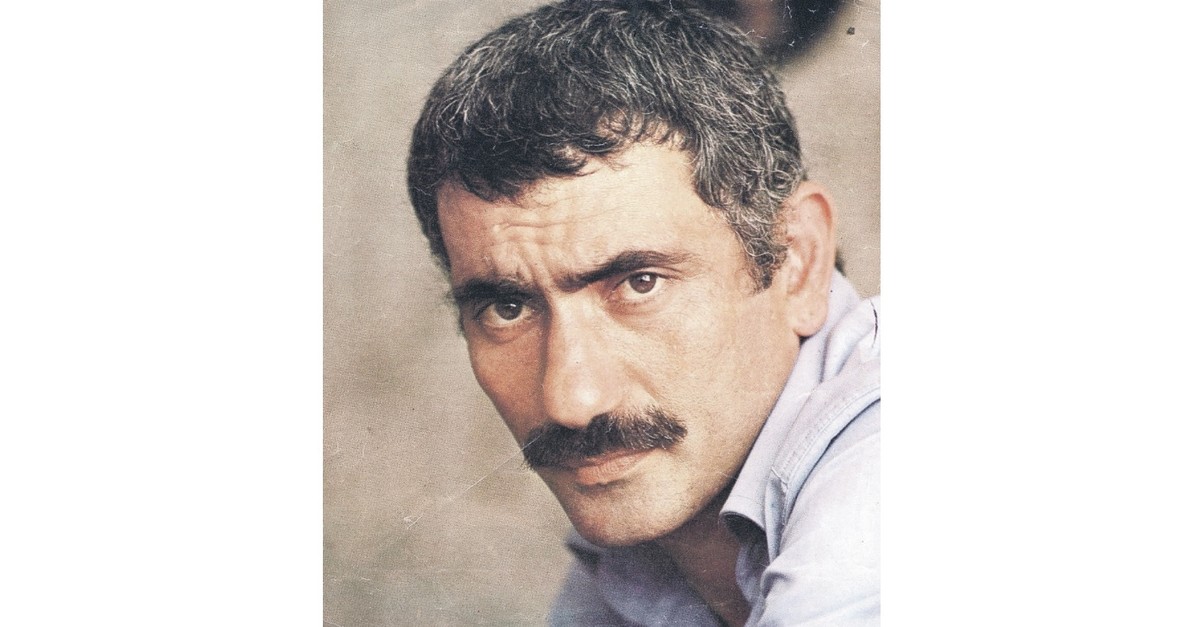 In cinema, Yu0131lmaz Gu00fcney was a significant scriptwriter, director and actor with successful productions.
by Hakan Arslanbenzer Oct 11, 2019 12:24 am

Known as ‘the ugly king', Yılmaz Güney made his mark on Turkish cinema with his leading roles and movies he shot. However, his life story had a flow of different events

Ayhan Işık was the "king" of Yeşilçam. He was very handsome and possessed a gentleman's attitude. Cüneyt Arkın was "Battal Gazi," the warrior hero, while Ediz Hun and Fikret Hakan were the "jeunes," or the handsome male actors. So, what remained for Güney was not much. Since he played the bandit or criminal in his early movies because his looks couldn't compete with Işık, the producers decided to market him as "the ugly king." Indeed, he played the leading male role in a gangster movie named "Çirkin Kral" ("The Ugly King") (1966), which became a brand for him. Although Güney refused this brand in his later years and tried to become a political filmmaker, he has been referred to as "the Ugly King" ever since. In fact, Yılmaz Güney was not an ugly man; however, he had a fierce look that helped him playing his gangster roles.

Yılmaz Güney was born Yılmaz Pütün on April 1, 1937 in the village of Yenice in Adana province as one of two children of a working-class family. His parents were of Kurdish origin, coming from the southeastern region of Turkey. His parents moved from Şanlıurfa province to Adana to escape possible revenge because of the blood feud their family was in with another family. Violence and blood would shade Güney's entire life.

Güney was schooled in Adana, where he used to sell stuff in the streets after school. He was fond of movies and fiction in his childhood. When he was in high school, he worked as the provincial representative of some film companies. His duty was to help the distribution of films. He began writing short stories and movie scripts in his high school years. When he moved to Ankara for higher education, one of his aims was to get his stories published and to make a connection with the film industry, though he was enrolled at the School of Law.

After a while, Güney decided to move to Istanbul and get even closer to the industry. So, he enrolled in the School of Economics at Istanbul University. Like many other provincial students, the school was only a cover for his real ambitions. Yılmaz Güney never meant to be a lawyer or an economist. He was dedicated to the arts from the very beginning.

Yılmaz Güney was a dilettante in literature. He wrote and managed to publish some short stories in magazines; however, he was not a great writer like Orhan Kemal, a great novelist from Adana, which is also the homeland of Güney. Ülkü Tamer, a poet and a close friend of Güney, mocked Güney's ambition to read his latest short story to friends. As Tamer recalled, Güney would offer to pay the check on his own and took his friends to some bar, where at the end of the night he used to read his latest short story to the gang.

On the other hand, Güney was a significant scriptwriter in cinema. He wrote more than 60 scripts, some of which have been among the best movies of Turkish cinema. Indeed, writing helped Güney's way into the film business since he wrote the script for his early films, too. He was the scriptwriter of "Ala Geyik" ("Fallow Deer"), his 1959 debut film as well.

Güney was more talented in acting than writing. He became friends with Atıf Yılmaz, a significant director who sought to change Turkish cinema. Atıf Yılmaz, along with legends like Lütfi Ömer Akad and Metin Erksan, tried to make more realistic films than the theatrical productions of the early 1950s, though he also made many melodramas at that time.

"Ala Geyik" was a drama of violence shot in a rural setting, which would become a distinctive genre in the 1960s in line with the populist and socialist political movements after the 1960 military coup. After that, Güney and Yılmaz continued to work together and made more films. Güney was arrested and later convicted for communist propaganda and served for 18 months in prison before he continued his career in cinema.

Beginning in 1963, Güney played the leading male characters in rural or metropolitan crime films, which brought great fame and the name "Çirkin Kral" to him. People loved the character he played, which was a gruff but brave one with a personal understanding of mercy and justice. The ugly king fought the bad guys to the end; however, he was the protector of the poor and the weak.

But 1974 marked a breakdown in Güney's career and life because he killed a local judge in Adana named Sefa Mutlu, which earned him a 19-year prison sentence. The case was a total mess on Güney's side, because he did everything he could to get away with the crime. At first, his nephew took responsibility for the crime, but his deposition was full of contradictions so it didn't work and Güney was convicted and put in prison, from where he would break out with the assistance of his supporters.

The facts of the case demonstrate Güney's arrogance and violent attitude. He acted like a gangster rather than a movie star on the night of the crime. He wanted to fire his gun in a local music hall, but the owner of the music hall called the authorities and Sefa Mutlu, the judge of Yumurtalık district in Adana, arrived to put the disturbance Güney caused into the records. However, Yılmaz Güney shot and killed the young judge at close range.

Güney's friend helped him to break out from prison in 1981, and he fled to France, where he made some political films. Güney died on Sept. 9, 1984, in Paris.