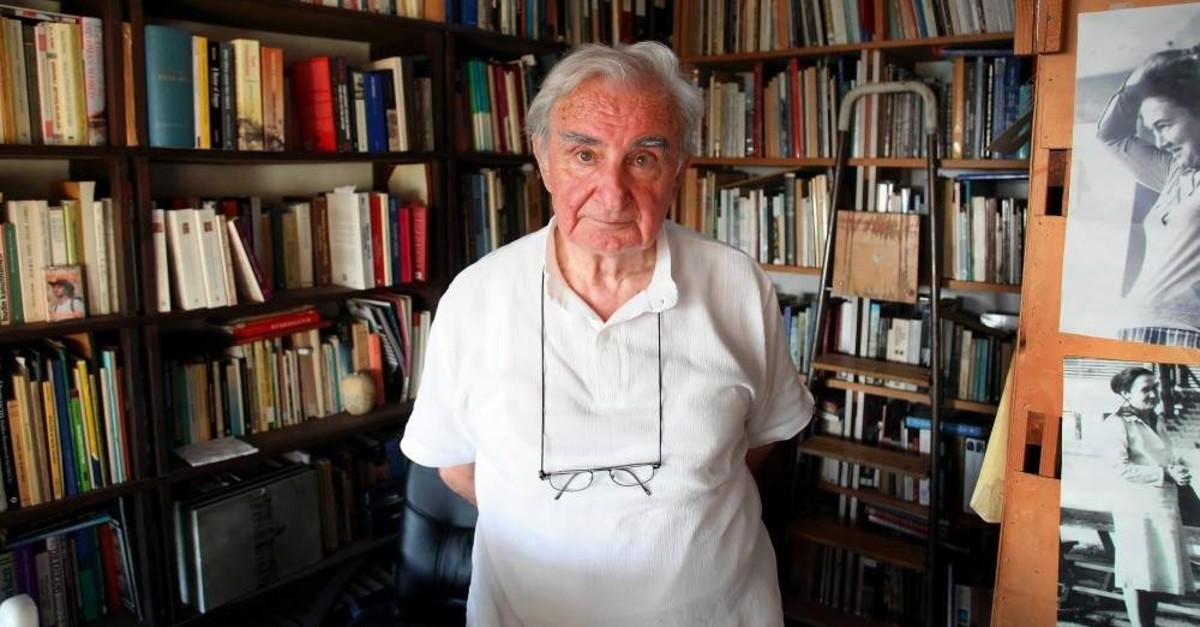 Do?an Kuban wrote many articles and books on Turkish architecture and arts.
by Hakan Arslanbenzer Dec 28, 2019 12:08 am

Islamic art is a modern term for a classical phenomenon. The genius artists who produced the magnificent pieces of Islamic art did not use this term for their world as everything was already in the realm of Islam. Things that were contrary to Islam would also be accepted as coming from the admissible and legitimate world. In this sense, Islam has formed the spiritual origin, the social limit and also the conceptual framework in the works of Muslim artists. Divisions related to art were not religious, ethnic or political, rather they were more about forms and styles.

The term Islamic art is a natural consequence of the distinguishing titles; namely, Islamic culture and Islamic civilization. In the 18th and 19th centuries, a new cultural field of inquiry had emerged alongside the Exoticism and Orientalism movements in European art. Orientalists, who carried out these studies, had the tendency to separate the East, which constituted their field of work, from the West in absolute terms. They also completely believed in Western superiority in civilization, culture and art.

During the passing centuries local studies accompanied the work of orientalists, debates of all kinds took place, mistakes mostly caused by orientalists were corrected, the initial mental blur and the tendency to narrow down the subject to certain stereotypes were somewhat removed, and today it is finally understood by scientific opinion that Islamic civilization, in all its magnificence and glory, cannot be confined to the stringent molds proposed by the amateur orientalists of the early period.

Today, Islamic civilization is no longer a magical, exotic, distant image of the past. It is a great phenomenon with its essence and elements still alive, having spread both geographically and historically to a wide domain in terms of its impacts, and is partially disenchanted with the serious research conducted on it.

Demystification of the Orientalist single-layered concept of Islamic art has been a hard task for the researchers studying art history in the Islamic world. Since the domestic scholars of the Islamic world have entered the debate, more questions and suspicions have emerged.

"After a period of research and evaluation exceeding a century," writes Doğan Kuban, a historian of Turkish-Islamic architecture who is among the winners of the 2019 Presidential Culture and Arts Grand Award, "the biggest obstacle before understanding Islamic art is the concept of 'Islam' that does not acknowledge the limits of the material data and stays within the abstractions of language and religion studies. To bring together any and all works created by nations believing in Islam under a single name has forced the scientists to find general principles that may explain all those creations or to think that there are certain conditions that the Islamic art relies on."

Kuban thinks that "Islamic art" is an obstructing generalization against material and demystified researches on real pieces of art. His attempt can be compared to that of Mehmed Fuat Köprülü, the great historian who established the modern-day Turkish school of history, for that both attempts to demystify and secularize the cultural history in order to serve the modern Turkish national culture. The architecture award went to Kuban for his "theoretical and conceptual studies on the history of Turkish architecture, restoration activities, and his views emphasizing the identity of Turkish works in Islamic architecture..."

An interesting explanation of Kuban's work, coming from the Directorate of Communications of the Presidency, is like an official interpretation of his secularism. Because in Turkey, like in 19th century Western Europe, if you emphasize the national part of a transnational (generally thanks to religious unity) phenomenon, you do this for the sake of localization, materialization or the profanation of things.

Doğan Kuban was born on April 8, 1926 in Paris, France. His father was a military officer and studying at the French War Academy at that time. After a while, the Kuban family returned to Turkey and Doğan was raised in Istanbul.

Kuban's family was a late Ottoman mixture. His father was of Circassian origin as the son of an ex-palace-servant mother and a Circassian aristocrat father. Kuban's mother, on the other hand, carried the blood of a father originally from Erzurum, whose scholar ancestors have come from Central Asia, and a mother from the Lesbos Island, being the daughter of a judge. Kuban's story implies that his lineage comes from the marriage of a military family with that of an Islamic scholar.

Kuban decided to study architecture after high school as his maternal uncle Emin Onat, who was an architect himself. So, he enrolled and graduated from the Architecture Faculty of the Istanbul Technical University in 1949. He continued his studies as a research assistant at the same faculty before he visited Italy to study Renaissance art. After his return, he submitted a thesis named "The interior design of the Ottoman liturgical architecture: A comparison with Renaissance," which helped him become an assistant professor in 1958. Kuban became a full professor in 1965 after his study "Resources and problems of the Turkish architecture in Anatolia." Kuban studied at Harvard and taught at Michigan in the 1960s and 1970s on several occasions. He also taught at King Faisal University in Saudi Arabia in the 1980s.

Kuban worked as the dean of the Faculty of Architecture between 1973 and 1976. He acted as the chairman or member of various councils and committees concerning architecture and national heritage. He was a part of preservation and restoration works done in Turkey on architectural heritage.

Kuban wrote many articles and books on architecture and art. His writings can be divided into two certain types. One includes his scientific researches, findings and arguments. The other offers his personal views on debates about Islamic art, which he does not accept as an explanatory concept and tries to demystify it.