Gülten Akın: Only female member of the Second New movement 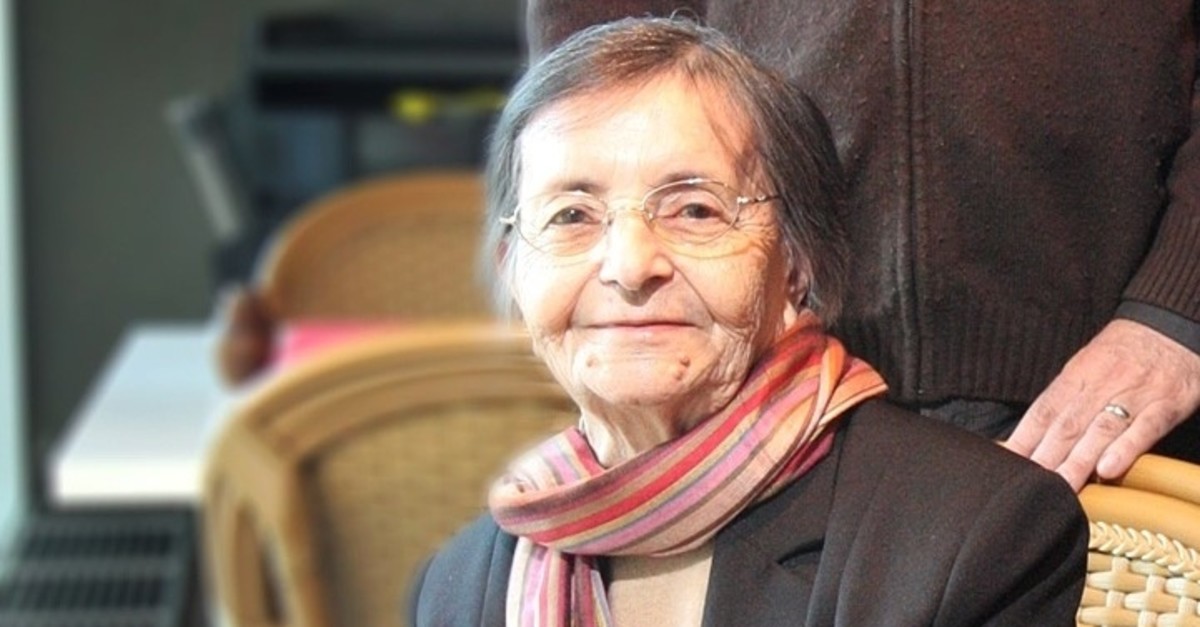 The female writer of the Second New movement in Turkish literature, Gülten Akın has also written epic and personal poems. The poet gained even more fame when Sezen Aksu composed one of her poems 'Deli Kızın Türküsü'

Turkey granted suffrage in 1934, which was before many democratic European countries granted the same right to women. Turkey had already adopted a new civil code in 1926 rendering equality of genders in all aspects except suffrage. The 1934 amendment removed the last barrier standing before Turkish women in political life.

On the other hand, women had been a part of the public sphere since the last decades of the Ottoman State. Though gender studies concerned with the Ottoman era constitute a relatively new area of academic study, they may show that the "inactive" and "passive" Ottoman female is only a modernist masculine fable.

As for the arts and literature, it gets even more interesting that the late Ottomans had more female authors than the early Turkish Republic would have decades later. To name the first modern Turkish female poet, Gülten Akın, one should wait for the 1950s, which is not generally accepted as a period reflecting the revolutionist policies and attitudes of the early Republic. Stamped, by the leftists and Kemalists, as the counter-revolution period, the 1950s however, provided women with more realistic freedoms including participation in public life through literacy.

Gülten Akın was born on Jan. 23, 1933 in Yozgat in the central Anatolia region. Her mother Emsal was a housewife, while her father Nurettin was a public servant. Her mother was from a notable family, whose father Hoca Nuri Efendi was an Ottoman religious scholar becoming a librarian after the cultural revolution of the early Republic. Hoca Nuri was a member of the ruling People's Republican Party and became a member of parliament.

On the other hand, her father's family had a humbler position in Yozgat. Her paternal grandfather was an immigrant coming from the Balkans. She was fond of having time with her paternal grandfather, who called her with the name "Zeynep." She heard the name "Gülten," which was her official name in the records when she was first schooled in elementary school.

Akın's family moved from Yozgat to Sorgun district because of the hard conditions World War II brought. Her father was recruited by the army, and he served for three years until 1942. Gülten enrolled at the elementary school in Sorgun. Yet, she moved to Ankara with her family after her father's service ended and he found a job as a public servant there. Leaving Yozgat meant leaving a mysterious, lively and fantastic world to her. Ankara, on the other hand, was neat, concise, hard and cruel.

Akın became a continuous reader when she was at the Cebeci Junior High School. She read poetry and fiction, which made her write poems herself. Her early poems were satiric and full of humor, according to her recollection. Some of her poems were published in the school magazine.

Akın enrolled at the School of Law in Ankara in 1951, when she was 18. She also began working at the Ministry of Internal Affairs the same year in order to earn her living as a student coming from a poor public-servant family.

Born to be a poet

Akın was about to graduate from the Ankara High School for Girls when she published a poem of hers in a national literary journal. She continued writing and publishing also when she was a law student. Her early poetry shows the influence of sentimental poets such as Ziya Osman Saba, Cahit Sıtkı Tarancı and Behçet Necatigil.

She made friends with Sezai Karakoç and Cemal Süreya, the founders of the Second New movement or Turkish modernist poetry. The first poetry volume, namely "Rüzgar Saati" ("Time of Wind") includes two types of poems. One is the old school sentimental poetry, while the other reflects the Second New improvisations. A third inclination was toward a renewal of the traditional popular folk songs. Her voice is not feminine. She speaks in a cold, remote, yet sentimental mood.

Akın graduated from the School of Law in 1955 and got married to Yaşar Cankoçak in 1956. Yaşar and Gülten had two children in 1957 and 1958. Akın would give birth to three other children in later years. They lived in various towns of Anatolia between 1958 and 1972 because Cankoçak was a governor. Akın worked as a schoolteacher and a lawyer from time to time in the towns they lived in.

Akın reflected the experience she gained in these towns as a confrontation of the poverty of her people. She left imagism of the Second New movement in the late 1960s, early 1970s and began to write epic poetry with politic references, which brought her limited fame in leftist circles. She won the TRT (Turkish Radio and Television) Award for Poetry in 1972 and Yeditepe Poetry Award in 1976 for those epics, which I think showed a decadence in her poetry.

Gülten Akın turned back to more personal poetry in the 1980s. This third period helped her reconnect with the general audience rather than an ideological sect. Her name was pronounced within the popular circles as Sezen Aksu, the famous pop singer, composed and sang one of her poems, namely "Deli Kızın Türküsü" ("Folk Song of the Mad Girl"). I suppose Aksu helped people see the feminist part of Akın's poetry. After the "Deli Kızın Türküsü" performance of the pop singer Aksu, Akın's poetry became a standard material for gender approach in literary criticism.