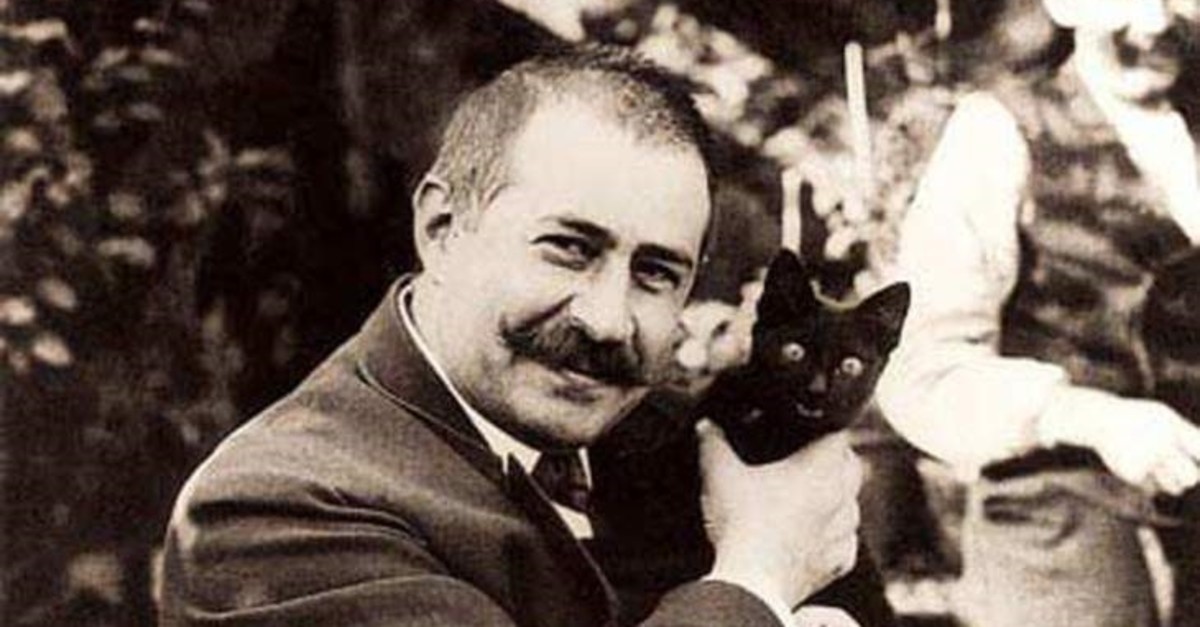 Vedat Tek was one of the two pioneers of the first national architectural movement.
by Hakan Arslanbenzer Jan 23, 2020 8:46 pm

Notable architect Vedat Tek pioneered the neoclassical style in Turkey by interpreting Seljuk and Ottoman forms with a modern structure. Studying abroad, the artist served the country after his return in various positions of high degree by leaving a great architectural legacy behind

Turkish architecture enjoyed somewhat of a renaissance over the first three decades of the 20th century, in what is known as "the first national architectural movement" – a later reference to a second one that took place between 1939 and 1950 as a reaction against the influence of Western architects working in Turkey during the 1930s.

The first national architectural movement, on the other hand, formed a reinterpretation of Seljuk and Ottoman architectural styles within a modern framework. In this period, the architects' purpose was to create a Turkish national style through a contemporary revival of classical Turkish architecture. The movement can also be regarded as a consequence of rising awareness of the concept of national identity. With the advent of this movement, which marked a culmination of national realities, architects attempted to apply elements derived from the religious buildings of old, such as wide eaves, domes, pointed arches, pillars, overhangs, muqarnas (triangular stalactite-like capitals) and tiled surfaces, into civil architecture. The trend influenced mostly public buildings rather than residential structures. 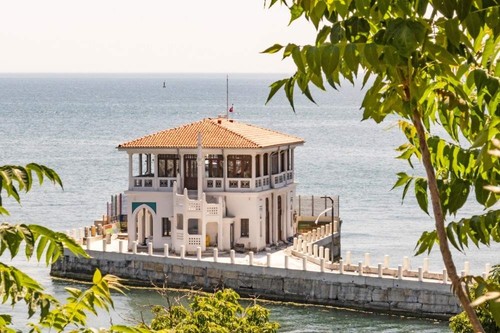 One of the symbols of Kadıköy, the historical Moda Pier was built 100 years ago by the architect Vedat Tek.

Some critics have argued that the first national architectural movement did not fit the technological progress of its time; however, all buildings belonging to the movement are still open and in use.

The movement, also labeled the "neoclassical style," is generally known for the experimental yet familiar structures built by Mimar Kemaleddin Bey (or "Kemaleddin the Architect") and Vedat Tek. Both were born at the end of the 19th century and produced their best work as pioneers of the first national architectural movement.

Vedat Tek was born "Sırrıpaşazade Mehmed Vedad" (Sırrıpaşazade means "son of Sırrı Pasha," which shows that he was born to a high-brow bureaucratic family) in 1873 in Istanbul. His father Giritli Sırrı Pasha ("Sırrı Pasha of Crete") was a state governor, who administered such provinces of the Ottoman State as Trabzon, Adana, Baghdad and Diyarbakır. Vedat Tek's mother Leyla Saz Hanım was a classical Turkish music composer. Vedat had three siblings. Two of his brothers were civil engineers. One of his brothers, namely Yusuf Razi Bel worked as the Istanbul Mayor, Minister of Post and Telegraph Services and Minister of Public Works. Meanwhile, Vedat Tek's sister Nezihe Beler was a pianist and composer.

Vedat Tek graduated from the Mekteb-i Sultani – recently known as Galatasaray High School – before he moved to France to study civil engineering and fine arts. He was enrolled at the Ecole Monge there. After that, he followed painting and sculpture courses at the Julian Academy. He also studied civil engineering at the Ecole Centrale and passed the exam of the Ecole des Beaux-Arts. He was later admitted to the architectural atelier of distinguished architect Constant Moyaux in 1893.

Tek sought opportunities to receive further education in Rome and thus sought to benefit from the Prix de Rome, a French scholarship for art students. However, he was not allowed to apply to the required contest as he was not a French citizen. Eventually, however, he was able to enter the contest thanks to special permission from the presidency of France and won the scholarship. Moreover, Tek was awarded a Legion d'Honneur, the highest order of merit for military and civil merits, by the French presidency with the work that he submitted in the contest in 1895. He studied architecture in Rome for one year before returning to Turkey in 1897.

Tek worked as a private architect residing in the Sirkeci neighborhood of Istanbul. Since the architects in Istanbul were mainly of Greek, Armenian or Italian origin, it was a surprise that a Turkish national started a private enterprise on his own in architectural business. Vedat Tek worked hard to destroy the perception that a Turkish national couldn't do modern architecture. Thanks to his diligence, the Istanbul Municipality hired him as the city architect in 1899. He worked as the director of the civil works of the municipality under Mayor Cemil Topuzlu Pasha. He also taught architecture at the Sanayi-i Nefise Mektebi (Fine Arts Academy).

Vedat Tek was commissioned for the renovation work for the Zeynep Hanım Mansion as a part of the 25th year celebrations of Abdülhamid II's reign. He also designed the governor's house in Kastamonu province, bringing him public acclaim as a creative but modest architecture.

His works helped Tek ascend the bureaucratic ladder. In a few years, he became the chief architect of the sultanate. He made many grand state buildings, including Postahane-i Amire (the Great Post Office) in Sirkeci and Defter-i Hakani (the Land Registry Office), monuments such as İzmir Clock Tower and Martyrs Monument in Istanbul, along with a number of ferry ports of Istanbul, including the Haydarpaşa port and Moda Pier. Among his other works included many liturgic buildings like mosques and masjids. After the 1908 Young Turk Revolution, Vedat Tek continued his work as the chief architect until 1914, at which point he worked for the War Ministry for three years.

He also worked for the Ankara government during the Republican era. However, the Ankara Palace work frustrated him since the project was taken from him and given to another architect – plus, payment was proving difficult to procure. Following this disappointment, he returned to Istanbul and worked as a private architect until the end of his life.

Vedat Tek died in 1942 in Istanbul, where he was born. His grave can be found at the Edirnekapı Martyrs' Cemetery.