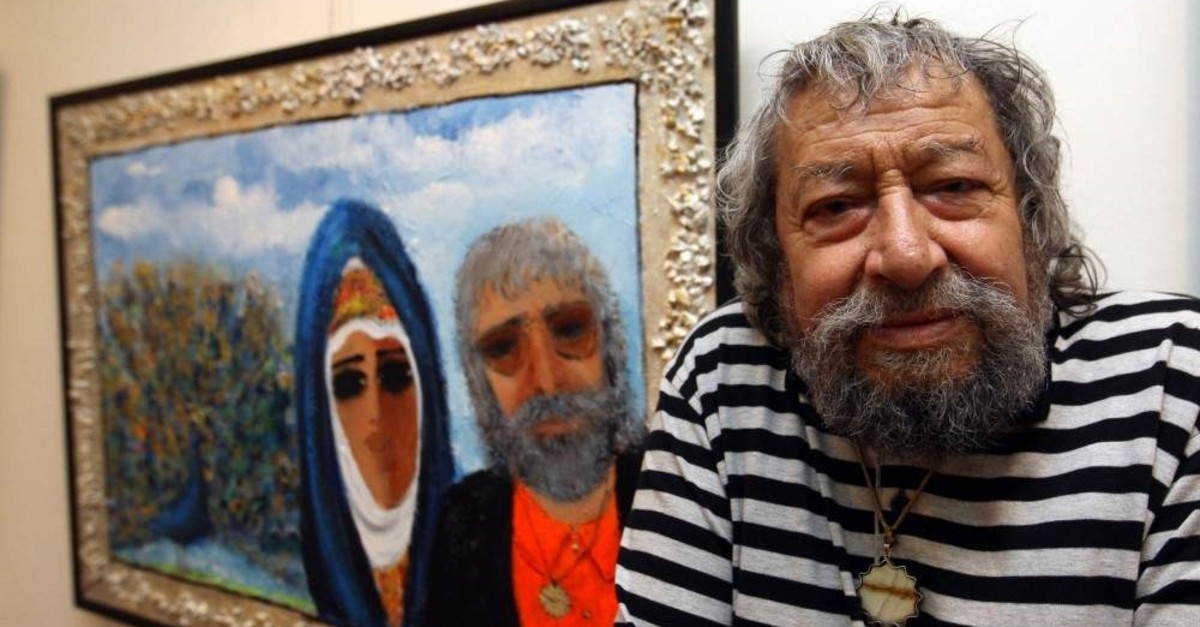 Granted the Presidential Culture and Arts Grand Award in 1998, Fikret Otyam was a lover of Anatolia and sought to portray and narrate it at every opportunity

The renowned Turkish painter, journalist and writer Fikret Otyam's works have always been inspired by the Anatolian people. As a journalist, he wrote the destiny of Anatolian people. While he photographed sincere moments of local people from his perspective, he reflected many Anatolian elements in his paintings that decorated the walls of important places like the Çankaya Mansion, the previous official residence of the presidency. Here is the story of how his story began in this archaic land and his art blended with its soul.

Fikret Otyam was born on Dec. 19, 1926, in Aksaray province of central Anatolia. He was the third among six siblings. His mother Naciye Hanım was a housewife, while his father Vasıf Bey was a soldier, who ran a pharmacy store after his retirement. Vasıf Bey fought many wars with the second president of Turkey İsmet İnönü including the Ottoman campaign in Yemen and the War of Independence. He retired from the Second Army in Konya.

Otyam was first schooled in Aksaray. His French teacher in secondary school, a retired soldier Haşim Bey, gifted him an old-fashioned camera, which gave rise to his love for painting and photography. Otyam's elder brother Nedim Vasıf taught him the technique of photography. He remembered that he took a photo of İsmet İnönü, who stopped at his comrade's house in Aksaray for lunch while he was traveling from Adana province to the capital Ankara.

He also liked to draw and paint, experimenting with different surfaces and paints. Otyam moved to Kayseri province for high school as a boarder. Meanwhile, he opened his first solo exhibition in Aksaray People's House with the paintings he made on plywood using wall paint.

Otyam's high school education was frequently interrupted because of World War II. He attended schools in Kayseri and Ankara, where he met and befriended Can Yücel, son of Hasan Ali Yücel, a minister of education at that time, who would become a famous translator and poet.

Neşet Günal, a famous painter belonging to the Newcomers – a group of painters who influenced the Turkish painting styles in the 1940s by depicting nature with a contemporary interpretation in different ways – was then a student at the painting department of the State Fine Arts Academy in Istanbul, now Mimar Sinan Fine Arts University and told Otyam that he could study arts in Istanbul, too, while Otyam was preparing for Galatasaray High School.

Otyam moved to Istanbul after graduating from high school. He joined the Fine Arts Academy in 1945 where he followed İbrahim Çallı atelier for two years. He also received instruction from Bedri Rahmi Eyüboğlu, the leader of the folkloric painting in Turkey under the heavy influence of Soviet socialist realism.

Otyam began to earn his living as a journalist in Istanbul. He began his journalism career in a newspaper called the Son Saat of Cihat Baban and Ziyad Ebuzziya in Babıali – referring to the old Ottoman government building, the headquarters of the Turkish press for decades until the 1990s. He also designed book covers of many famous authors in the 1950s. Otyam began his photojournalism trips in the same period. He traveled to eastern and southern Turkey to take interviews and photographs of the locals, which he printed in some of his books including Gide Gide (Gradually), Topraksızlar (The Dispossessed), Ha Bu Diyar (O This Land) and Ey Samandağ Samandağ (O Samandağ Samandağ).

Otyam graduated from the painting department of the State Fine Arts Academy in 1953, when he was working as a column writer and assistant editor-in-chief for the newspaper Dünya of Falih Rıfkı Atay, the famous Kemalist ideologue.

Otyam married in 1953, and his daughter Elvan was born in 1954. Later, he did his military service as a painting teacher at the Ankara Military Band Secondary School. After the military service, he worked for the newspaper Ulus. He continued to work as a journalist for 58 years in daily newspapers including Son Saat, Ulus, Dünya and Cumhuriyet until 2014. Otyam married for the second time in 1977 and had two daughters, Döne and İrep.

Otyam was a Kemalist and leftist writer, and he wrote only for the leftist reader. He panicked after Abdi İpekçi, a famous leftist journalist, was killed in a terrorist attack. So, Otyam decided to quit his job and move to a tranquil village of Antalya in the south.

Otyam built a cottage in a village 30 kilometers from Antalya and lived there with his wife Filiz until his last day. Though he continued writing columns for the Aydınlık weekly newspaper, his true ambition was painting. He was fond of making paintings of Anatolian villagers, though his art is not regarded as highly as that of other painters. His style is close to his mentor, Bedri Rahmi Eyüboğlu. His paintings also show the influences of other folkloric artists such as Turgut Zaim and Namık İsmail. 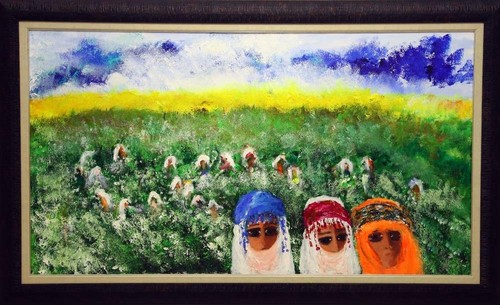 Anatolian elements like headscarf-wearing women were the basics of Fikret Otyam's paintings.

Otyam's life in Antalya reflects the tranquility of a country artist's life rather than the dynamism of an ideologically engaged one. He published his travel books and participated in artistic foundations and painting.

On the other hand, Otyam showed his political sympathy to Alevis of Anatolia, whom he considered to be a disadvantaged group. Some of his paintings reflect his sorrow for Alevi villagers. He helped to build a Cemevi – a ritual center for Alevis in Hacıbektaş – district of Nevşehir province in the central Anatolia.

Otyam died of renal failure in Antalya on Aug. 9, 2015, at the age of 88, and his body was buried at the cemetery of the Hacıbektaş Cemevi, according to his will.