Journalism is not a crime 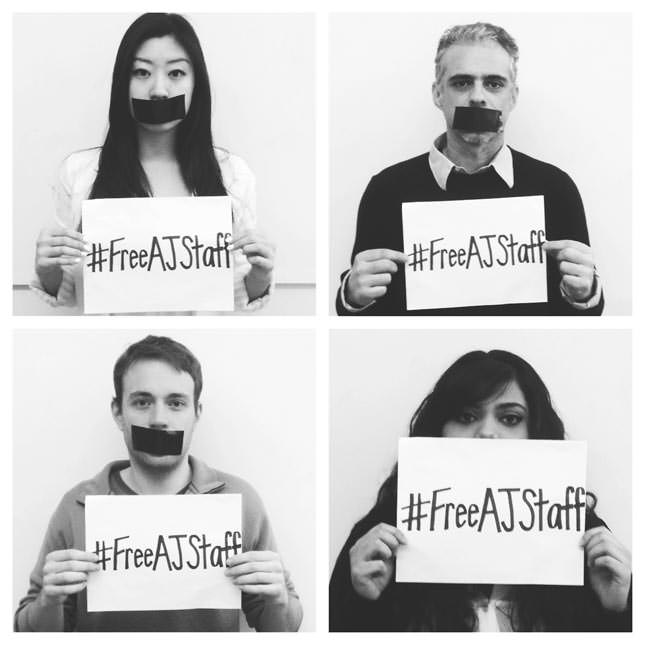 The arrest of Al Jazeera personnel in Egypt caused an outrage around the world. During a protest by media workers in front of the Egyptian Consulate in Istanbul, a press release was issued calling for the journalists to be freed. A major crackdown hit media organizations after the July 3, 2013 Egyptian military coup.

"Every media organization thought to be affiliated with the opposition was shut down and their personnel detained Al Jazeera, which has been active for years publishing unbiased news, has also endured its share of the media crackdown. On the day of the coup, all the Al Jazeera offices were raided and some of its personnel arrested, while others were forced to leave.

What we see in Egypt is journalism on trial. But journalism is not a crime!

We say to the Egyptian government that we are journalists, not terrorists. We try to give people news and shed light on issues of injustice, pain and abuse while disregarding our own safety when needed.

Journalists are the eyes, ears and voices of the people. Any attack on journalism is an attack on freedom of thought and the right to be informed. Any charges of terrorism directed at our colleagues are entirely false.

The jailing of Al Jazeera personnel under poor prison conditions is based on false charges and is simply the jailing of journalism. Our colleagues only tried to be witnesses to events and give information to the general public - as is their duty.

We say to the Egyptian government once more: For journalism, for human rights, in order to do our work in a democratic and independent atmosphere we demand the immediate release of our colleagues."