Social media use by journalists 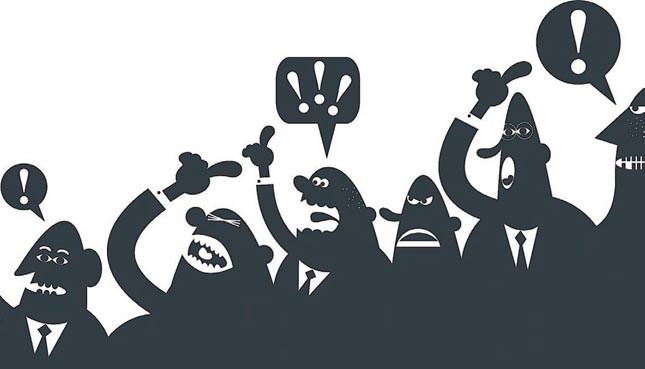 Note: With my assisting ombudsman İsmail Selim Eşsiz, we will prepare a guideline on "social media use by journalists" while discussing the matter with our colleagues. We will release this guideline when it is ready in the Reader's Corner

Across the world social networking sites such as Twitter and Facebook have become an integral part of everyday life for millions of people, including journalists, but when it comes to the rules of social media use by journalists, the jury is still out.

German sociologist and philosopher Jürgen Habermas has written about the effect cafés in Paris had on the French Revolution. The way people gathered and exchanged different ideas with one another in a free environment acted as an accelerant for the revolution.
Cafés became the new public space back then. Now, the same thing can be said about Twitter - today's "Café Procope" if you will - after it became pivotal in events such as the Arab Spring.

However, this new public sphere also harbors chaos, insecurity and unlawfulness. Like the Wild West the freedom that it so generously distributes, is used by not only the "good guys" and "lawmen," but also exploited by thieves, murderers and bandits. Similar to Western movie plots, a sheriff is often sought after to impose law and order.

Several media organizations such as NPR, the Washington Post and BBC have tried to fill the sheriff 's shoes in the last 10 years by releasing binding guidelines for their staff. Some critics have debated they are too harsh and prohibitive.

The reason we are throwing our hat into the ring concerns an event that occurred last week. Let us first summarize the event.

The headline in the March 4, 2014 issue of Daily Sabah was about upcoming local elections and the corresponding piece claimed that no surprises were expected at the polls based on data released by several survey companies. Apparently this bothered a journalist working for Hürriyet Daily News, Emre Deliveli.

In a tweet, the journalist wrote in reference to Daily Sabah: "... you wish, you lying, scheming, treacherous traitor a**holes!"

This tweet does not contain any factual criticism but does feature profanity. As the ombudsman of Daily Sabah, I leave this matter to the executives of Hürriyet Daily News for them to decide how to respond to such behavior.

My criticism and advice is directed at Daily Sabah personnel. Daily Sabah journalists Ragıp Soylu, Ali Ünal and Selman İnanç reacted to the tweet in question via their personal Twitter accounts. I want to emphasize that Ragıp Soylu's criticism was quite sound and he tried to remind Deliveli about ethics to which journalists must adhere, but the same cannot be said about the tweets of Selman İnanç.

Our colleague İnanç joined the discussion after Deliveli deleted the problematic tweet and accused Deliveli of not standing behind his own remarks while using the phrase "empty bag" in reference to Deliveli. "After all the huff and puff and insults, Hürriyet employee Deliveli deleted his tweet. This is what it means to be an empty bag."

These remarks by İnanç may be intended as criticism but it certainly crosses the line.

Several things must be noted here:

- Daily Sabah journalists are not obligated to respond to insults, only to factual criticism.

- Daily Sabah should not personalize arguments via Twitter. They must refrain from generalizing and using words and sentences that can be interpreted as insults.

- Daily Sabah personnel must be calm and impartial regardless of the situation.

As we mentioned at the beginning of the article, it is normal for journalists to use social media. In fact it would be quite odd for them not to. The pivotal part is that journalists should be transparent about who they are in the social media. They shouldn't hide behind a mask and they certainly should take news gathered from social media with a grain of salt.

Journalists use social media for two main reasons: to stay up to date and inform the public about current affairs.

For journalists who use Twitter as their news source: "Remember, the same rule of ethics that apply offline is also applicable to information gathered online." (NPR Guideline) Furthermore, journalists who break news to the public via Twitter are obligated to offer the news to their newspapers first. They must not use their Twitter accounts as a glorified spoiler machine.

After defining these two criteria let us discuss whether journalists' social media accounts represent the views of their news organization.
The Washington Post Social Media Guidelines are very strict in this regard: "Social-media accounts maintained by Washington Post journalists - whether on Facebook, Twitter, LinkedIn or elsewhere - reflect upon the reputation and credibility of the Washington Post's newsroom." I'm afraid I have to say that I agree with them. "Even as we express ourselves in more personal and informal ways to forge a better connection with our readers, we must be ever mindful of preserving the reputation of The Washington Post for journalistic excellence, fairness and independence. Every comment or link we post should be considered public information, regardless of privacy settings."

I think journalists must not advocate for political and other polarizing issues online. This extends to using social media in any form to expressing personal views on a political or other controversial issue.

One last question is: can business and pleasure be mixed on services such as Twitter?

Andrew Alexander's answer to that is: "Journalists are people. We can acknowledge our humanity and still uphold the principles of accuracy, independence and fairness. Sometimes showing our humanity helps build our credibility."

In another words, humanity helps us be better journalists, but one should not behave any differently online than they would in any other public setting.