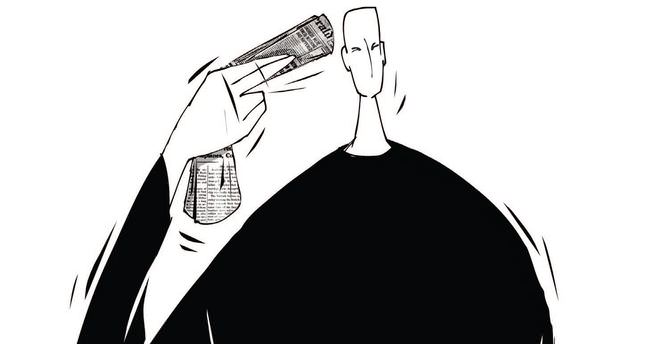 Expert psychological consultant Ömer Akgül said, "A careless news [outlet] may normalize suicide. Even copying it can happen. Suicide shouldn't be portrayed as a way to deal with problems or a lasting solution. The news [media] should refrain from giving details…Suicide is a reality of society but it doesn't have to be its nightmare as well."

One of the most unpleasant aspects of the human existence is suicide and the act of committing suicide can be an especially difficult subject to explain. After all there are many reasons that a person may choose to take their own life, among them psychological, sociological, philosophical, economic and political reasons. Journalism, however, also plays an important role.

Goethe released his novel "The Sorrows of Young Werther" in 1774, in which the protagonist killed himself. In following years suicide rates increased in Germany, especially among young people. Later this situation was termed as the "Werther Effect." Professor Dr. Kemal Sayar explains the Werther Effect as a "nationalization of the model suicides." When stories of suicides became known by the general public it served as an advertisement. And of course this effect is much stronger when the stories are real.

Suicide can in fact be contagious and the main carrier of this effect is the media. Newspapers are of course no exception. How, you may ask?

"When someone at risk of committing suicide witnesses a suicide, his or her risk greatly increases. This can happen either from firsthand experience or through written and visual media," according to Professor Dr. Rüstem Taşkın.

Don't let it become a nightmare

According to press laws passed in 1931, news stories about suicides required special permission to print and the use of photographs were banned. Law 5680 legislated in 1950 replaced the prohibiting provisions with restricting ones. It's the same for the currently effective Press Law 5187. It only stipulates a monetary penalty for those "who publish texts and photographs that go beyond the limits of reporting and may encourage readers to commit such actions."

But the specifics of the said news are not clear in the law and the problem mainly lies there.

Expert psychological consultant Ömer Akgül said, "A careless news [outlet] may normalize suicide. Even copying it can happen. Suicide shouldn't be portrayed as a way to deal with problems or a lasting solution. The news [media] should refrain from giving details…Suicide is a reality of society but it doesn't have to be its nightmare as well."

This is a sound objection and evaluation but then the question arises: how should suicides be reported?

Editor-in-Chief Serdar Karagöz explains the policy of the newspaper on this matter as "don't encourage, don't exaggerate and don't expose."

News of a suicide cannot be removed from papers altogether but the media cannot turn a blind eye either to the fact that handling news of a suicide in a certain way and an increase in suicides are connected.

What we can do is form general guidelines for balancing news and the health of society.

The World Health Organization (WHO) released a report in 2008 titled "Preventing Suicide, A Resource for Media Professionals." With the aid of that report several points can be made:

*No connections should be made between gender, age or job and suicide

*Don't glorify the suicide or the person who committed it. This mistake was made in the cases of Stefan Zweig, Kurt Cobain and other celebrities who committed suicide

*Suicide stories shouldn't be told with a sentimental tone. Romantic headlines such as "even death couldn't part them" are common mistakes in suicide related news

*The suicide location should not be described in detail

*Suicide can be a learned activity. Therefore the method by which one takes their own life should not be specified

*The suicide should not be reasoned with a singular aspect such as psychological, sociological or economic. Headlines such as "Bankruptcy led to suicide" and "Victim of the hopeless love" are such examples

*No connections should be made between gender, age or job and suicide

I would like to reach out to my colleagues as well:

The way suicide related news are relayed does not just affect our readers. As a courier said in Shakespeare's "Anthony and Cleopatra," "The nature of bad news infects the teller."

Let's be careful about this please.