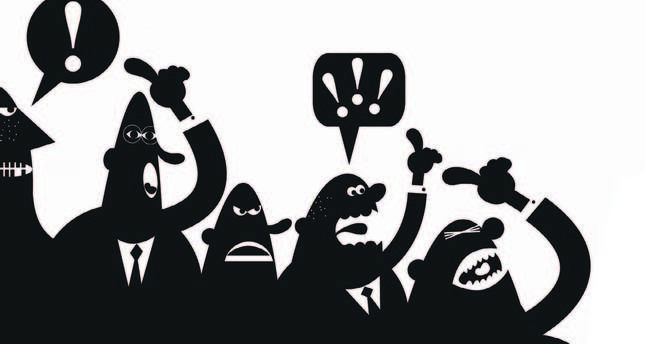 Twain once wisely said: "A lie can travel half way around the world while the truth is putting on its shoes." In sensationalist journalism we usually find this to be the case

Timeless author Mark Twain is famous for his cynical, yet to the point, quotes. I decided it would be fitting to start my article with one such quote. Twain once wisely said: "A lie can travel half way around the world while the truth is putting on its shoes."

Gossip and rumor possess an extraordinary speed when jumping from one host to another. This multiplies when conspiracy theories are at play and entertained by the press. Of course conspiracies are an undeniable part of life but when it comes to mere theories, journalists should approach them with suspicion and label them what they are as long as they are just theories or guesses rather than facts.

Let's say a friend told you an exaggerated and unfounded theory over a cup of coffee. What would you do? Probably with a lighthearted laugh you would say it was nonsense. But when the same theory finds its way into the media, the tables are turned. Things become dead serious. This is the power of the press. This power can also be abused quite easily. A Turkish proverb roughly translates to, "A single mad man throws one stone into a well while 40 sane people try to take it out," meaning that someone has a crazy idea and everyone then attempts to make sense of it. What the journalist should do is refrain from throwing stones into the well. But what to do if the stone was already thrown? I say we should label it just that, a crazy idea, and leave it there.

We can use this proverb to discuss the article written by Seymour Hersh in the London Review of Books and the waves it caused. Regardless of all the political arguments, when we look at his article from a journalistic perspective, it is impossible, I'm afraid, to take Hersh seriously. But as the news ombudsman, I see this as an opportunity and will remind Daily Sabah personnel about the mistakes journalists should avoid.

Universal law and ethics clearly states: "The burden of proof is on he who declares, not on he who denies." If a person fails to do so, maybe the theory shouldn't be uttered at all. Hersh seems to have forgotten this.

We're talking about a crime against humanity here. Hersh claims this crime is the doing of Turkey and the U.S. rather than Syria.
This isn't journalism, just slander.

Also, let's not forget that having a Pulitzer Prize for a single piece of work doesn't mean every article by the person is also worth a Pulitzer. All news articles should be reviewed under universal journalistic principles. When we look at Hersh's chart we come across many "Fs." We can see them in the column of Ceren Kenar in the April 4, 2014 issue of Türkiye newspaper. According to Kenar, Hersh also claimed that the U.S. operation to kill Bin Laden is a big lie. Hersh's claim of U.S. funds for Fatah in Lebanon proved wrong and it surfaced that the Syrian secret service funded Fatah.

With his prophetical tendencies, Hersh also said that the U.S. would invade Iran four years ago but this hasn't happened. When we talk about Hersh, we must review these bad journalistic examples as well as his Pulitzer winning examples. What we should do is review his news articles under universal journalistic principles rather than praising him generally. If there is an event, there are also two parties participating. In this case there are more than two sides since it is quite complicated. Objective journalism requires that we approach all sides equally and give them an ear and place in an article.

Hersh failed to do this. He decided to disregard many reports that contradict his arguments.

We don't call this journalism, just a summary execution.

All journalists have the right to protect their sources but this right shouldn't be abused. Additionally, more than one trusted source should be reviewed in order to cross check the facts. If, similar to what Hersh did in this instance, an article is based only on one source, then there is a high chance that the article contains fallacies. A retired intelligence officer might be good for chatting to on a beach but it is not enough to change the course of history.

There is also the principle of newsworthiness.

The more sensational the news or analysis, the more it has newsworthiness.

It is the duty of the journalist to say the unsaid. But this doesn't apply to making sensational news or analysis for the sake of sensationalism. The news itself should be sensational and journalists should not attempt exaggerate reality using provocative language.

Another mistake of Hersh is his reluctance to accept that he could have made a mistake. In an interview with BBC, Hersh responded to critics by saying he knows what his job is. Quite odd. Goethe says, "Anything that moves can be wrong." So, if Hersh is planning to continue working in the field of journalism, he must accept his mistakes. Another fitting quote from Faust by Goethe is "All theory is gray, my friend. But forever green is the tree of life."

All that said, another thing should be mentioned here. While criticizing Hersh's article, his personality shouldn't be placed in the crosshairs. Any wisecrack attempts on senility or old age are wrong. Even if there are strong signs, it shouldn't be claimed that Hersh is engaging in operational journalism. All criticism should be within journalistic perspectives.

We started with Twain and his cynical quote, lets finish with the wisdom of Albert Einstein: "Reality is merely an illusion, albeit a very persistent one." Truth has a way of coming out and eventually ousting the lies. Journalists should not forget this.
Last Update: Apr 25, 2014 9:47 pm