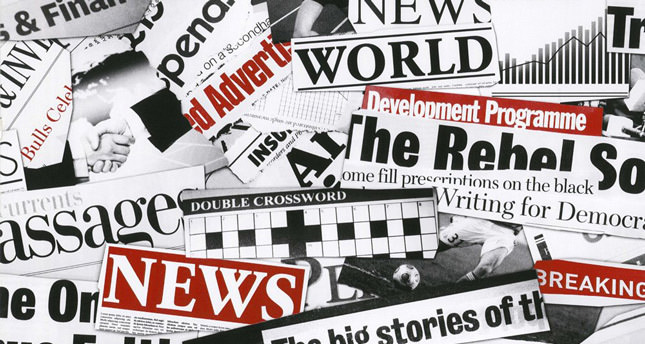 by İsmail Selim Eşsiz
Apr 28, 2014 12:00 am
Without a doubt, many of us think slang is one of the factors that showcase the richness of a language. Despite how the dictionary defines slang, it would be a grave injustice to dismiss slang as street language. I mean, the theory collapses even on its initial claim. After all, the street isn't some singular and homogeneous place.

So different streets or different parts of a city have different slangs. Another stumbling block most people experience when it comes to this subject is confusing slang with jargon and curse words. Of course, they are related and sometimes their paths intersect with one another, but fundamentally, they are completely different. As a journalist's job is almost always tangled with words, he or she should be able to distinguish them clearly.

Today, slang is not produced just by ghettos or underground organizations, as was once claimed.

We can clearly observe that the middle and upper classes sought to form and use their own slang.

There is also a constant interaction between these different slangs. After all, a word that is produced and used by a certain group of people may be observed becoming integrated into general use and used by all types of people through the means of interaction with one another. However, that being said, slang is not unattached from the grammar of the language with which it has allied itself.

Another question can be asked here: Should journalists abandon slang altogether when writing a news article? The answer to this question lies in surveying each word that is to be used, separately and thoroughly. Of course, what the word references on ethical and emotional grounds should be taken into consideration nonetheless. Any word with racist innuendos or that may be interpreted as a hate crime should be abandoned altogether without fail. On the other hand, there is another misconception that insists a journalist should choose either formal or informal wording and stick with it. That is also wrong. Let me tell you why. A newspaper focuses on its understandability.

One should be careful when using slang, since many words of that particular nature usually have double meanings, not to mention the metaphorical meanings. Therefore, while using these words, journalists must be extra careful not to cause ambiguity.

Also, I have to remind journalists who insist on using slang or see it as a show of intellect this: one must be thoroughly familiar with the nuances of slang in order to use it correctly. To wrap up, I would like to emphasize one more point. Journalists can exploit the vast richness of slang when the situation calls for it, but they should not produce it themselves. Respect for the reader compels them
to be careful about this.