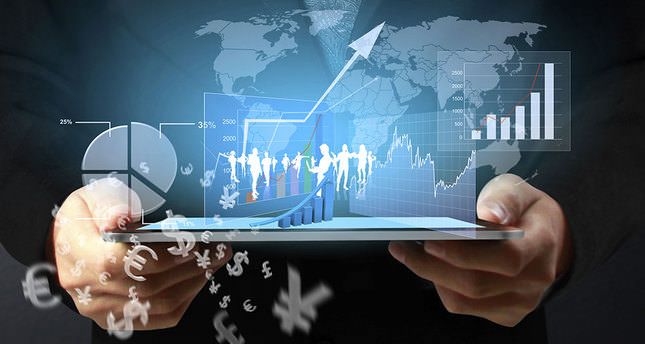 by İsmail Selim Eşsiz May 08, 2014 12:00 am
While there was a time when newspapers were the most immediate way of getting news, ever since digital or online journalism emerged this has changed forever. After all, the most frequent newspapers are the daily ones which can only contain a limited number of news articles. However, in digital journalism news can be read almost instantly and there is virtually no limit to the amount of news articles that can be written. Just like its printed version, Daily Sabah also has a website that contains far more articles than the printed newspaper. The website can be found at www.dailysabah.com.

The website has more than the news and articles from its printed counterpart; it also produces its own content and gives readers who read their newspapers in the morning a reason to go online throughout the day. After all, if the website wants to be current and give readers a reason to follow it constantly, this is a must. News websites need to fulfill this requirement while also being fast and not compromising journalistic standards.

Digital journalism indeed changed some longstanding traditions of how to conduct the job. But there is no difference in the main principles and ethics which apply to digital journalism just as much as they apply to its printed counterparts. This is true even more so in some cases where there is a need to prevent information pollution. While featuring a headline, writing a spot, choosing a photograph or promoting news on social media, we have to be wary of not making mistakes and working carefully in order not to mislead our readers.

Last week, there were two incidents concerning photographs on our website. In both incidents our readers criticized us and we would like to address these criticisms. The first one was a photo used in an article titled "Rioter's Molotov cocktails stir up terror." The photo that was used featured protests from Ukraine and this was the main point of the criticism. But the news article wasn't about the May 1 protests, despite what the critics said. It was about the use of Molotov cocktails both in Turkey and abroad, especially in the U.S. That said, since there were only two countries mentioned in the article, a photo from one of them could have been used in order to avoid confusion. Also, since the article was first put online on May 1, a caption explaining the photograph wouldn't have been amiss. Nevertheless, Daily Sabah changed the main photograph in the article and added a caption to the controversial one. The paper's online editors did what had to be done.

The second incident was with a feature article titled "Kindness of a helping hand." While the article spoke about the Gönüllüler Movement, the photograph accompanying it featured another organization, Doctors Worldwide. In this case, our readers were quite right and the photograph was replaced with a correct one as soon as the first comments began filtering in.

Let us not forget, as chief ombudsman of Daily Sabah İbrahim Altay frequently emphasizes, "Photos are part of the content. All photographs and visuals used should be related to the news articles they belong to. If a photo features an individual or a group that is not mentioned in the article, it shouldn't be used."

Moreover, it would be best to remind ourselves of these principles once again: "Our editors should answer the questions of who and what in the captions of photos. If they do not know the answers themselves, they shouldn't use it altogether. If the authenticity or suitability of a photo is questioned, the same rule applies. The photos used should have a credit and their sources must be named. If photos are found on the Internet, we should be careful about copyright as well."

As these latest incidents show, these rules are just as important for the website as they are for the printed version.