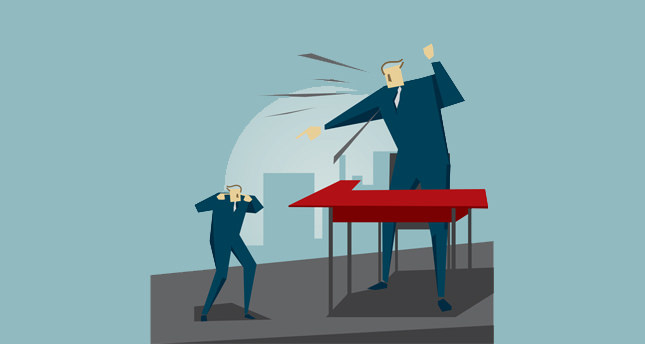 by İsmail Selim Eşsiz Jun 09, 2014 12:00 am
No matter where it is conducted, journalism is at the height of its strength when it voices different opinions and provides different windows for the rest to see. This provides range and diversity and gives readers the ability to check their facts and catch mistakes or lies. This was the case for a long time in Turkey since the English media was largely constructed from a single viewpoint. Apart from Turkish media there were foreign journalists situated in Istanbul or Ankara of course. Yet these journalists were also gaining their insight on Turkey's affairs from a single source, which led to uniformity in journalism.

Let us expand on this source first. Foreign journalists in Turkey usually choose to live around the central parts of Istanbul where more upper-class Turkish citizens live. Also, since these citizens tend to be more anti-government, this rhetoric rubs off on the foreign correspondents in Turkey. Since these people also control the Turkish media in English any reference point is told via a single point of view.

To end this uniformity in the foreign representation of Turkey in terms of journalism, Daily Sabah was formed. Ever since its foundation – even before – Daily Sabah was perceived as nothing but an arm of the Turkish daily Sabah and continued to be described as English Sabah. Even the mistakes of Sabah were used to criticize Daily Sabah.

Therefore, our office would like to remind everyone that Daily Sabah is a different newspaper from Sabah despite belonging to the same media group. Daily Sabah is not an English version of the Turkish Sabah nor has it got the same editorial line or the same personnel. Having its own editorial board, correspondents, columnists and editors, Daily Sabah is its own newspaper.

In greatly polarized countries like Turkey, you should have the opinions of both sides in order to accurately assess the situation. A new trend seems to be on the rise where criticizing journalists is considered taboo. Many foreign journalists tend to confuse criticism with painting a target on one's back, especially if this criticism comes from a local journalist. Accusing every critic of targeting does not mean this criticism is not true.

This issue mainly stems from the time when a foreign journalist could write about an issue about Turkey in a respectable news source like the Times, the Guardian, et cetera and it would be perceived as completely true and insightful by the general population of local journalists. Even if their opinion contradicted the foreign one, the next day you would see them as the most vocal supporter of the said article. They dumped their ideas and opinions on an issue in Turkey for an opinion of someone who doesn't speak the language or had visited the country not even once.

Since their monopolization is gone, this newborn criticism against them becomes confusing. Nevertheless, I would like to express one more time that criticism is not the same as targeting; therefore, give criticism where it's due.