An even closer look at Daily Sabah 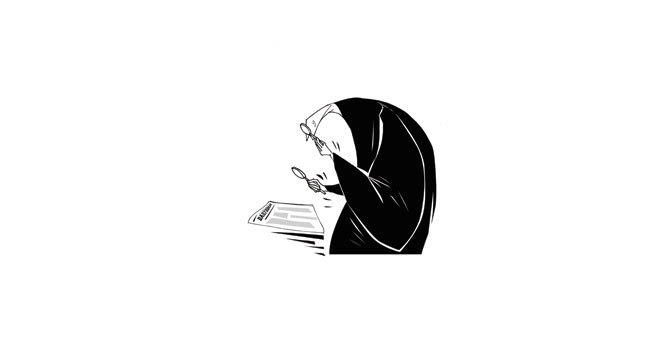 by İbrahim Altay Jul 02, 2014 12:00 am
Last week there was a lot of hoo-hah in the office of the Daily Sabah. The reason for the celebration: the 100th issue was published that day. Therefore the Daily Sabah staff decided to engrave the front page of the 100th issue on the cake itself. Candles were blown out and the cake was eaten. The cake was big enough for everyone in the office but it caught my attention that several people decided not to eat the cake. Some found it against his/her taste and some excused themselves because of their diets or health problems. Newspapers are just like that. You prepare it for everyone who knows the language but in the end you can only reach a limited number of people. There are many reasons for that, including publishing policy, editorial choices, points of focus, richness of your personnel and creditability, among others.

During the 100th issue celebrations I encountered Meryem İlayda Atlas, our op-ed editor. She reminded me of two of our previous articles. The first was "A Closer Look at Daily Sabah," which was published on April 24, 2014. This article was focused on questions such as: "Who is Daily Sabah's target audience? What kind of news articles does it usually feature, local or global?" The second article I was reminded of was "Daily Sabah and Its Box Office," which had a similar subject but focused on the website and listed the most read news and articles. Atlas said that these two articles had set a guideline for them.

Similar reactions came from the editorial board so we decided to do a similar review this week. With Assistant Ombudsman İsmail Selim Eşsiz we laid out the statistics of the last two weeks and examined them from different viewpoints.

In the week of June 13-19, 2014 there were a total of 486 news articles and columns in the newspaper. One hundred fifty one of them were focused on global issues, 98 were regional and 237 of them were local oriented. More than one-third of the 486 news articles were exclusive content while the rest of them were compiled from different resources for the newspaper readers. When we looked at the headlines for the week, four of them were about Turkey's politics while the last two were focused on the Middle East. During the week the distribution of the op-eds and columns were as follows: 13 regional, 12 local and four global. When we looked at the most read news and columns on the website during the week the results were as such:

In a review of the second week, from June 20 to June 26, 2014, Daily Sabah published a total of 485 news articles, quite close to the previous week. One hundred fortyof them were about global topics, 95 were on regional matters and 250 were focused on local news. Just like the previous week the exclusive content was about one-third of the total number. Headlines were also similar to the previous week with four local and two regional. When we looked at the op-ed and column pages there were no surprises there as well, since 13 of them were local, four global and 13 regional articles. As for the most read content on the website, the list includes:

After reviewing the data from these two weeks and comparing it to our previous article, "A Closer Look at Daily Sabah," we can say that:

- In order to gain a "glocal" perspective, Daily Sabah should focus on improving its regional content. It seems that this characterization is finally starting to set in at Daily Sabah with current events in the region being a factor. Especially in regard to the events in Iraq, Daily Sabah is starting to be seen as a reference source.

- Some of the news articles in the list have no signatures. This shows that they are compiled from one or more news agencies. From this perspective, saying that Daily Sabah needs to improve itself in this regard wouldn't go amiss, especially in the website version which definitely needs to be more original.

- In our previous articles we said that op-ed and column pages were largely on local issues and complained about their lack of readers. It seems to me that this problem is no more, especially when looking at last week's opinions and columnists who are starting to dominate the most read list. Diversity in subjects and writers seems to be accomplished. I congratulate Meryem İlayda Atlas, Doğan Eşkinat, Kılıç Buğra Kanat and Furkan Özdil on this matter.

- One of the new transfers to Daily Sabah, Etyen Mahçupyan managed to enter the most read list with his first articles. I welcome him. Also, as one of the important figures in Turkey's intelligentsia, İbrahim Kalın manages to grasp people's attention in nearly every article he writes. Our news coordinator Yusuf Selman İnanç went to Somalia recently and his insights on both Somali and Iraq were favored by our readers. Kalın and İnanç are in both week's lists and I congratulate them as well.

- One of the missions of the Daily Sabah was to build a bridge between academia and newspaper. Therefore it is quite clear from the positive reactions to names like Rahmi Kopar, Mehmet Çelik, Samet Doğan and Meriç Şar who were looked upon favorably by readers who choose newspapers in English.

- In our previous article I suggested that it would be better if we could add related videos to our news articles. When I look at the list above only the "Sudden tornado hits Istanbul without warning" has one attached. I would like to bring this matter to the attention of the head of Daily Sabah digital, Osman Bahattin Dirlik once again.

- It would be safe to assume the click counts of the news articles are related to their share count in the social media. Therefore the duty falls upon the Internet department of the newspaper in this matter.

All this being said, as we mentioned in our previous articles, these conclusions rely heavily on the two week period we examined. This segmentation method is necessary to provide data to review the current situation of Daily Sabah, but it wouldn't be wise to draw up conclusions for the general characteristics of the newspaper. I would like to finish with a reminder of the importance of exclusivity, and the importance of quality over quantity.