Censorship for a good cause? 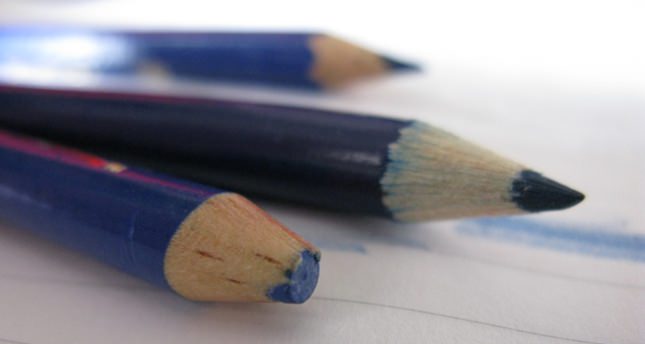 by İsmail Selim Eşsiz Aug 25, 2014 12:00 am
The world of journalism was shaken by sad news last week. James Foley, an American photojournalist from Global Post, was brutally executed by ISIS after a long-term kidnapping by the same terrorist organization. We are saddened by this news and offer our heartfelt condolences to his family and loved ones. I also offer my prayers for the safe return of another captured journalist, Steven Joel Sotloff.

After the video of this horrible event went global there was a call for a media blackout towards the news about ISIS's actions under the hashtag "ISISMedia-Blackout." It quickly became viral among common folk as well as pained journalists rushing to propagate the hashtag. But there were also views that did not support the concept. Here are some tweets from both sides of the argument:

One of the first tweets that supported this campaign came from Twitter user @LibyaLiberty saying:

"You know what I think? And I know how crazy this sounds, but we need an #ISISmediaBlackout. Amputate their reach. Pour water on their flame."

Phillip Smyth from University of Maryland tweeted that a blackout solely focused on ISIS was not enough: "The problem with #ISISmediaBlackout is that it's not extensive enough. Don't think other radical elements don't exploit media."

Many of the supporting tweets were in the same concept but there were some who were against the idea as well. Noah Rothman from Hot Air tweeted that:

"I think #ISISmediablackout comes from a good place. But it is ultimately counterproductive. Closing one's eyes does not make horrors go away."

Professor Max Abrahms from Northeastern University and an analyst for BBC:

"The #ISISmediaBlackout is a very dangerous idea. Let's deprive analysts of all sorts of potentially useful information to combat the group."

As we can see, all of the opinions above - as Mr. Rothman suggested - come from a good place. But from a journalistic point of view, is it okay to censor the media entirely on the matter of ISIS?

My take on the matter is this, indeed as we can deduce, ISIS is very effective when disseminating the news and this plays a key factor in their expansion, especially in the number of volunteers joining them. But if we completely censor the media, will this cease? After all people have a continuous need to be informed, to be in the loop. This is one of the main reasons why the profession of journalism exists. If we deny them their right to be informed, they will be left to ISIS-controlled media and accounts on the web to satisfy their urge. On the other hand if we give ISIS the attention they so desperately crave, aren't we becoming tools in their PR campaign? Media attention played an important role for Al-Qaida as well and many articles on the matter were published after the decline of the organization. There was a letter from the media advisor and spokesman for them, Adam Yahiye Gadahn on how to handle the media. In the letter, Gadahn provides advice to the organization when to publish videos for maximum coverage and even encourages them to use HD cameras on the 10th anniversary of 9/11 attacks. There are even suggestions and analyses from many big media organizations and how to get them to cover their news. This shows how important it is for journalists to be vigilant in the way they reporting.

Indeed, we have a duty to our readers to inform them in an unbiased and uncensored manner. But that doesn't mean that we have to share every brutal detail of ISIS's massacres and their videos designed to spread fear. Let's remember James Foley for his work, not by the manner of his death and use photos accordingly and not share the video of his execution. Instead, through investigative journalism we can give our readers the truth about ISIS and disperse this smokescreen of fear which every terrorist organization highly depend on.
Last Update: Aug 25, 2014 1:33 am
RELATED TOPICS