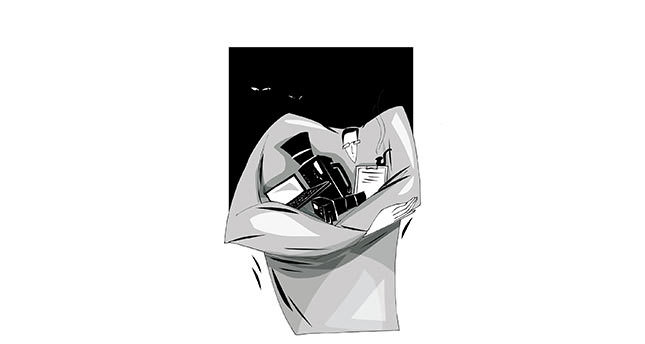 Yes, information is quite widespread in web-based journalism, but that doesn't mean we can take them at face value without questioning the source. Otherwise it won't be long before false information and conspiracy theories dominate the web

Last week, Turkish media reported that "the former employee at the U.S. National Security Agency (NSA), Edward Snowden, has revealed that British and American intelligence and Mossad worked together to create the Islamic State of Iraq and al-Sham (ISIS)." Snowden said intelligence services of three countries created a terrorist organization that is able to attract all extremists of the world to one place, using a strategy called "the hornet's nest."

NSA documents refer to recent implementation of the hornet's nest to protect the Zionist entity by creating religious and Islamic slogans.

According to documents released by Snowden, "The only solution for the protection of the Jewish state "is to create an enemy near its borders." Leaks revealed that ISIS leader and cleric Abu Bakr al-Baghdadi received intensive military training for a whole year at the hands of Mossad, besides courses in theology and the art of speech."

Indeed, this is a scandalous claim, one that has been seen on numerous Turkish news websites worded differently. Daily Sabah first reported it with a small news article, and later Daily Sabah columnist Haşmet Babaoğlu wrote about it in the first paragraph of one of his articles. The first paragraph of his article titled "Who benefits from ISIS's existence in the Middle East?" stated, "Regardless of whether you are enthusiastic about conspiracy theories or not, Global Research's claim that 'former National Security Agency (NSA) systems analyst Edward Snowden recently revealed that the Islamic State of Iraq and al-Sham (ISIS) leader Abu Bakr al-Baghdadi was trained by Mossad, the Israeli intelligence and spy agency' is a topic worthy of debate."

It seems to me that the current phenomena gives more striking signals than conspiracy theories, however.

Caught by a keen eye

Daily Sabah's Washington correspondent Ragıp Soylu was not aware of Babaoğlu's latest column and Soylu criticized this news in his article, "Hayır, İŞİD liderini Mossad eğitmedi," which roughly translates to, "No, Mossad didn't train the ISIS leader!" He claimed the news was false, saying that there was no evidence supporting these claims and came from unreliable sources.

The news first appeared in French on July 9 on a Hezbollah website with Lebanon's Hezbollah-sponsored channel, Al Manar, claimed as the source. After a short while, the news was translated into English, but, the source was now claimed to be Iran's Fars News Agency. According to the news article, former analyst of the U.S. National Security Agency (NSA), Edward Snowden, proved with leaked documents that ISIS was a MI6, CIA and Mossad joint project. However, there were no indications of when and where Snowden made those remarks.

Famous journalist Glenn Greenwald published almost all of Snowden's leaked documents. Snowden gave the documents to Greenwald in bulk, and they decided when to publish it. When Greenwald was asked whether Snowden made such a remark or not, his answer was, "I've never heard him say such a thing, nor have I ever heard any credible source quoting him saying anything like that." Also Snowden's lawyer, Ben Wizner, said on Twitter that the claims were false.

Soylu seems to be right in his arguments so far. I congratulate him on his investigative journalism. Indeed, there are no visual or audio evidence supporting that Snowden made any such remark. Also, these so called documents were never released in the previously mentioned websites.

This case is important in the sense that it shows one of the fundamental problems that online media faces. Conspiracy theories and baseless claims find ground online and reach the masses more easily compared to print media. A false news article by a manipulative source is copied and shared by many others at a moment's notice. In most cases, this presents difficulties to finding the source and the date it was first published - in another words, "patient zero."

The best way to prevent this is to present the source. When we read Babaoğlu's column, we see that he mentioned a website called www.globalresearch.ca. The site belongs to an organization called The Centre for Research on Globalization (CRG). They identify themselves as "an independent research and media organization based in Montreal. The CRG is a registered non-profit organization in the province of Quebec, Canada." They claim that their mission is to uncover "the unspoken truth."

Babaoğlu presented the news article of Global Research as a source, but what about their source? The claim was not based on evidence; however, this does not render his article worthless. After all, in his article, he speaks of who benefited from recent developments in the Middle East after ISIS's appearance with actual events. There are views mentioned of several experts as well. Not to mention, there are no inconsistencies and factual errors in the article.

Importance of the wording

Another aspect of the discussion is Soylu's accusation of the cheapness of his fellow journalists who are under the spell of these scandalous yet false claims: "Cheap journalists in the Turkish media usually present themselves in translated news filled with conspiracy theories. Disregarding the source, these foreign news articles are translated by people who are not proficient in the said language. When one of them finds ground in a high circulation newspaper or website, it spreads nationwide and even TV channels start to discuss them. The latest instance of this absurd and conspiracy theory-filled news was about ISIS and its leader. It was nonsensical, but in our country, it finds itself quite an audience. Why? Because of hate toward the West."

I disagree with Soylu on these points. Even though what he says may be completely true, it doesn't excuse the fact that he called his fellow journalists "cheap." Wording is one of the key factors that defines a person and journalists must be careful with it. Instead of arguing about people, they must focus on events and notions, and avoid generalizations. Also, simply saying conspiracy theories find audiences because of hate towards the West is a reductive attitude.

In the latest part of Soylu's article, which is not included here, he discusses the matter from the perspective of the Islamic world and says that we have to focus on the motivations of people who join this terrorist organization. "This group that kills innocent and unarmed people is our problem," said Soylu. I believe it would create a more integrative approach if a journalist thinks of terrorism as a global problem that impacts all people throughout the world.
Last Update: Aug 25, 2014 1:37 am
RELATED TOPICS