Breaking the news: A sprint or a marathon? 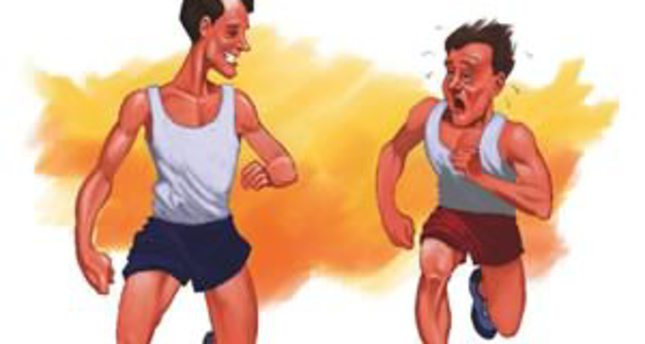 by İsmail Selim Eşsiz Sep 15, 2014 12:00 am
A couple of weeks ago there were security leaks that led to the theft of dozens of private photos of celebrities. While most of the media covered this from a tabloid newspaper point of view, several of them were more focused on the leak and security problems. Daily Sabah didn't stoop to tabloid coverage and I congratulate them for this. I could have written this when the topic was still hot, but since we are not interested in sensationalism or even the security leak, I decided to postpone it until today. But I will review the events and the coverage that followed.

When the pictures first appeared on the Internet and started to gain momentum in terms of file sharing, a couple of news sites rushed to be the first to break the news. Of course this led to highly inadequate information, not to mention misinformation. As the events continued to unfold, most of the sites held a consensus on the matter: "There were stolen images of celebrities" and "there was something called 4chan." On the second part there were some rather wild guesses. Some claimed 4chan was a notorious hacker who was responsible for the leak. Some believed it wasn't just one hacker but a group of them. Another claim was 4chan was a forum site and were responsible. I am afraid every single one of these guesses was wrong. Just to give a general idea, 4chan is an image board where users remain anonymous. There are many events tied to 4chan, but to be more precise some of them are just hoaxes and the rest of them were organized in the "/b/" message board. 4chan features dozens of message boards and each of them feature a different subject "b" being the one devoted to random subjects. Yet this small and very easily accessible information never found its way to news articles that day. It appears that these news websites forgo morning edits with a mentality of "publish now, edit later."

As most of the media focused on the photos themselves rather than how they were first obtained or leaked, the information regarding these matters was quite foggy at best. Even assessments from random Internet users contained more information than some of the big shots in journalism. When we take a short walk to get to the bottom of the event we can probably find out more than what was written in newspapers. For example, it seems that while the images were first spread from 4chan, they were stolen long ago by a deep web hacking ring called "n00d." Again, in order to provide some context, the deep web is the part of the Internet where sites are not listed in search engines and regular users do not use.

While the event itself is not very important for the purpose of this article, we can draw two conclusions here. First, without good research and a bit of investigative journalism, all we can write is what we are spoon-fed - otherwise our dependency on visible or invisible edits, retractions or additions will only serve to hurt our credibility. Of course, by breaking the news first you might enjoy a good number of hits, but with many mistakes, every important piece of information left out will lose regulars, not to mention contradicting the ethics of journalism.

Also, I would like to say that there is no way a hacker holds a laptop and wears a balaclava. Even if more relevant photos cannot be found, use a binary code photo, otherwise you will misrepresent the subject of the news article.
Last Update: Sep 15, 2014 2:12 am
RELATED TOPICS