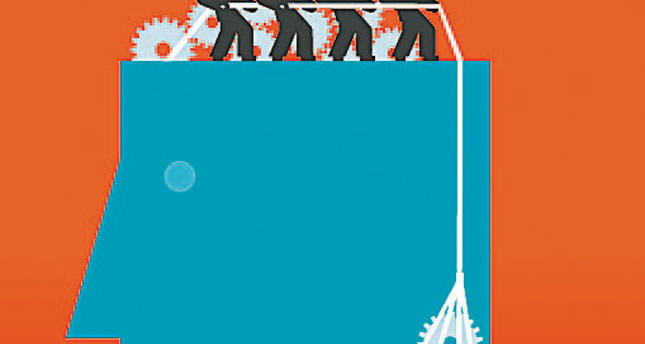 by İsmail Selim Eşsiz Sep 29, 2014 12:00 am
Passion is a strong emotion. If applied correctly it can help us accomplish whatever we are doing, but if incorrectly applied it can do the opposite. In the case of the latter, eagerness clouds our judgment and therefore renders our common sense obsolete. In the news media business passion would most likely be associated with investigative journalist. Even Hollywood movies serve to uphold this idea by portraying investigative journalists as protagonists in many films. In most instances this protagonist is a man who loves his work beyond measure, which usually drives a wedge between his family and himself. He catches a clue and follows it to a large conspiracy that usually proves him right.

The reality, however, isn't as cut and dry as this. If we are conducting an investigation or even writing a news article on a less intriguing subject and feeling really passionate about it, we must take a step back and reflect on it because our passion predominantly comes from two places. The first place is the passion for the work we do, and this is mostly okay since it usually drives us to make our reports better. The second place passion comes from is the subject we are investigating or writing about. This is where most of the problems originate. If we feel strongly about a subject that we are covering in a news article, then how can we detach ourselves from it enough to write objectively? If our bias unjustly results in tipping the scale in favor of one party we should consider copying what judges do in similar situations and recuse ourselves.

While investigating a story we must be wary of our mindset, that is, "how much do we want it to be the truth?" The answer will probably uncover whether you have a bias or not. There can be many reasons why a journalist is eager to accept a story and report accordingly even though he or she didn't check the facts thoroughly enough. The story could have an ideological bent or there could even be monetary incentives. It could even be as simple as a journalist who is trying to catch their own big break.

Here is a cautionary tale on how a dysfunctional mind combined with eagerness can end up. Vlado Taneski, a crime reporter from Macedonia with 20 years of experience, wrote an article about two murdered women with great attention to detail in 2008. It even contained information that had not been released to the public and, therefore, Taneski came under the scrutiny of the police. With DNA tests tying the journalist to the crime scenes, Taneski was imprisoned and later found dead in his cell of an apparent suicide. Of course these killings cannot all be about gaining fame since the women highly resembled Taneski's own mother in both age and profession.

However, this issue shouldn't stop us from being passionate about the work we do. We should direct this passion toward doing it right because if we detach ourselves too much in order to avoid bias we will be completely removed from society and end up only conducting parachute journalism rather than investigative. Like all things in life, moderation is the key here.