Veiled threats toward freedom of press 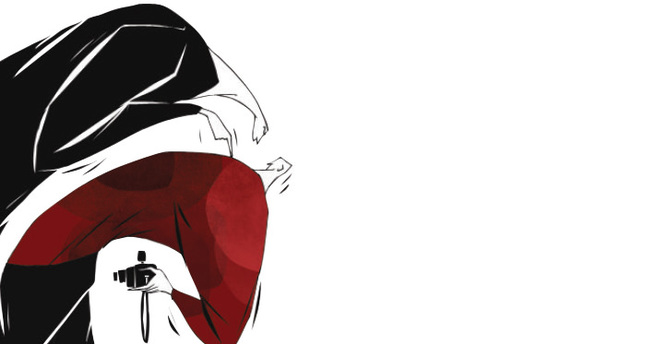 While debates on press freedoms seem to be in fashion lately, to truly understand the problem we must take ‘freedom’ and ‘press’ separately and realize that threats against the freedom of press does not come from governments alone

Is the press free in Turkey? This question bears multiple aspects, such as etymological, economic, sociological and political. First, we must define freedom and press or the media. Then we have to study the relations between them, and only then can we answer the question with a "yes" or a "no."

However, this is not being done today. Usually freedom is regarded as a quantity, something that can be measured. So the answer becomes "some" or "to a certain degree" or "much." No doubt these assessments are ontologically subjective and controversial.

The reason for that is simple. We can best observe whether the media is free or objective in times of crisis or conflict. We tested that in Germany during the Hamburg events, in France when Paris was burning, in London when the uprising started and lastly in the United States during the Ferguson events. In all instances, when so-called national interests conflicted with freedom and objectiveness, the media usually stood with the first camp. In other words: When so called public safety and media freedoms conflict, universal journalism ethics and principles can easily be discarded.

More than one source

Another reason why arguments about freedom of the media fall short is this: It is thought that freedom and independence are areas only to be defended against the administration or state. However, the issue is not so simple. For example, when the subject is a multinational or a giant corporation having an enormous effect on a country's media, doesn't this cause problems for objectivity or freedoms? Or isn't it a fact that when the news is about these corporations, doesn't media tread carefully out of fear?

For another example, we can look at the power of the lobbies. Aren't there lobbies with enough power to intimidate, suppress, lynch and isolate people who share ideas and arguments against the lobby's interests? Aren't there journalists out of jobs and facing smear campaigns when they write displeasing news articles about such lobbies?

Lastly, I would like to point out ideological groups that are very effective in several countries because these groups justify revolutionary violence and threaten journalists – whether veiled or not.

Who do we turn to?

So who can be a referee in such situations? Is the independent judiciary the answer? If you think that way, let me tell you a couple of stories about Turkey that I believe you will find most displeasing.

In Turkey, there are two organizations. The first is the Radio and Television Supreme Council (RTÜK), and the other is the Supreme Election Board (YSK). The first was founded at the end of the 1990s as an independent supervisory and regulatory organization. Its duties were to monitor television and radio channels while keeping reports, and if the need arises, sanction them with penalties. The YSK is responsible for coordinating and conducting elections in Turkey. It consists of judges.

Last year, both of these organizations attacked freedom of the press hand in hand. The reason for it was a law written in 1974. According to this law, television channels have to feature all candidates and parties equally during election times. If they fail to do so, channels are punished by having to cease broadcasting, and at certain hours the RTÜK broadcasts its sanctioned documentaries on their channels.

To understand how illogical and obsolete this law is, it is more than enough to look at the year it was written. In 1974, Turkey only had one state television and one radio channel, and therefore, there was only public broadcasting. When you turned on your TV you could only watch these channels. However, we are in an age where commercial broadcasting has become too colossal. There are more than 2,000 "TV" domains roaming the Internet in Turkey. However, in every election an RTÜK expert sits in front of a television with a stopwatch and starts to count the minutes to determine whether the channels featured 52 political parties equally or not. Whether one candidate held two meetings or activities in a day, while others held none throughout the elections matters little here. How absurd is that?

It is a practice with good intentions but bad results. Fundamentally, the law sides with restrictions and not with freedom. Interfering with the broadcasting of channels is also an intervention of the freedom of information. Not to mention huge material losses for the channels thanks to the hundreds of hours hijacked by the RTÜK.

How can there be freedom of the press in such an environment? Also, decisions made by the YSK can't even be taken up with the judiciary.

Let's repeat the same question then: To what degree can we trust to the judiciary when the matter is the preservation of press freedoms? If you still think you can, then let me tell you another genius plan on restricting freedom of the press.

This plan could be seen more evidently this year. There was a coup attempt against the legal government on Dec. 17 and Dec. 25 with illegal wiretapping and false evidence combined with corruption charges. In time, it surfaced that an organization deep within the judiciary and police was behind this. While they are maybe 1 percent of society, they instructed their members to become judges and policeman in order to seize the system. It has been claimed that Fethullah Gülen, a resident in the United States, was the leader; therefore, organization members are referred to as Gülenists. Later, many media organizations called them the "parallel state" with hundreds of articles featuring them.

Their coup attempt failed, but now they use another method to utilize their strength in the judiciary. Using it as a tool, they plan to oppress the media. A large group of lawyers scan the news, and when they see a news article unfavorable toward themselves or their organization, they sue the one who wrote it and those who published it.

At a glance, it may seem that they aim to use the rights granted to them by the Constitution and laws. But when we look further, it can be seen that their interests lie in oppressing, threatening and deterring the media. In some cases, there are quite absurd accusations; such as a person accusing the writer by saying, "They meant me," even though their name isn't even in the text.

A different kind of threat

Recent events and the arguments by judges themselves prove the politicization and loss of impartiality of the judiciary in Turkey. The lack of transparency of the Gülen organization also makes the issue more complicated. Let's say the judges presiding over these trials are members of this organization while hiding his or her involvement. Can we expect him or her to act impartially?

When we look at it from the perspective of reporters, editors and writers, it becomes a problem with freedom of the press. These lawsuits prevent journalists from doing their jobs. Completing legal procedures becomes a long and tiring effort and hinders them. Also because of countless lawsuits against them, journalists lose their confidence and bravery. As people like Nedim Şener and Hanefi Avcı were jailed for writing books about the Gülen Movement, these journalists fear that same thing. This is a blatant strike against freedom of the press.

As I said in the beginning, freedom of the press isn't just about relations between the government and the media. Different forces, different factors, different threats can come into play. These are examples of it. Journalists must stand against and combat threats against the freedom of press no matter from where these threats come. Otherwise, freedom becomes nothing but an ideological tool.