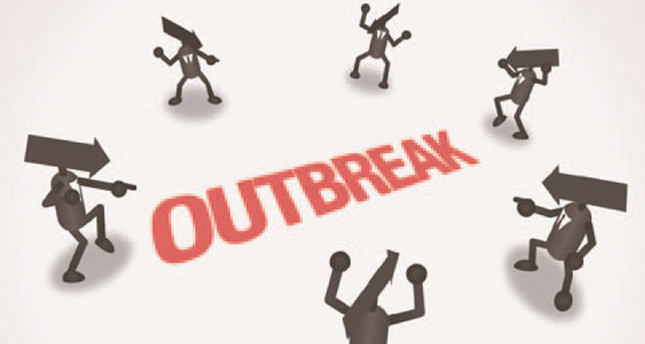 by İsmail Selim Eşsiz Oct 20, 2014 12:00 am
When the subject is how media perceive and relay suicide news, it appears that no matter how much we ombudsmen stress the issue, it is not enough. We are told many times how infectious suicide news is. We backed this claim with World Health Organization (WHO) reports as well.

When we look at the current state of the Turkish media, however, there is total disappointment. Let me give you some background on why I am saying this. Earlier this week, a Turkish citizen, M.P., committed suicide, and prior to this suicide, he released a video on his Facebook page to act as a suicide note. The video went viral and many people watched it, which led to many news websites and newspapers deciding to report on it and calling it breaking news.

We realize that a complete ban on news regarding suicides is pointless, but we can ask that such reporting should be done in better ways. Here are some of the common mistakes that should be corrected in future reporting:

The name of the person who committed suicide should not be given freely. Instead, acronyms should be used. The same rule applies for using a photograph. We must remember that suicide not only affects the person who committed it, but his or her friends and family as well, and in the digital age, this information becomes pervasive. For instance, their name will forever appear in Google searches with news regarding the suicide as well as any online discussions about it.

The method of suicide should be kept from the public as well, for the details will only serve as a guide for other people who are thinking about committing suicide.

The news should not be written with a sentimental tone. This can result in an air of melancholy that quickly turns into a charming idea.

If in upcoming days, weeks or even a year, we see a rise in suicides after a note is left in a similar fashion, some part of the blame will surely fall on the media's shoulders. By sharing M.P.'s words, the media gave people an idea – an idea that this is a way for them to get their voices heard.

I would like to recall a similar incident in history when Beşir Fuad, an important figure in Turkish literature and the Ottoman Tanzimat Reforms Era, committed suicide on Feb 5, 1887. After the incident, there was a suicide epidemic never before seen in İstanbul, which resulted in more than 100 suicides. In an attempt to curb the epidemic, newspapers were banned from reporting on suicides on March 11, 1887; the ban was then lifted six months later.

Some say that because of social media and its large area of effect, whether newspapers report on suicides the right way or not does not carry much weight. I am afraid studies beg to differ, however. When suicide reports are made according to the better journalistic methods I described above, such reports have less of a chance to trigger another suicide. You may still think it is redundant, but can we honestly take that chance?