Only if you heed them 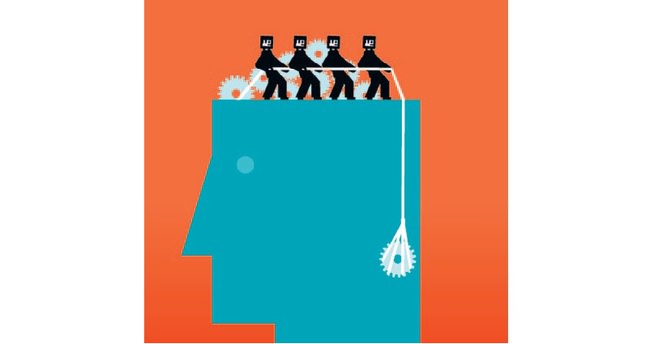 by İsmail Selim Eşsiz Oct 27, 2014 12:00 am
It would not be wrong to say that journalism is probably the most discussed profession of our time. Every year, many organizations meet and debate over how journalists should do their work or the current state of journalism, et cetera. While Turkey may be slightly behind in the number of people and organizations dealing with these issues, a couple of them are certainly active. Just like its foreign counterparts, there is an organization called the Media Association based in Turkey, publishing articles, organizing conferences and deal with issues. But there is something I wonder though. How can there be so many organizations, guidelines, articles, conventions and yet so many arguments and mistakes?

The answer is both simple and in its simplicity it is problematic. There was quite a catchy and famous Turkish advertisement back in the day. It was about the benefits of hazelnuts on human metabolism, and throughout the advertisement the speaker went on and on about these benefits. And in the end he added, "They do have these benefits, but only if you eat them of course." So we talk and argue about principles of journalism and how to handle individual situations. But these will be helpful only if other journalists choose to implement them. Otherwise all the pamphlets, speeches and research will be nothing but dust in the wind.

By the way, let there be no misunderstanding about one thing. When I say arguing, I don't mean arguments that stem from a beneficial standpoint. With a developed state of argument culture it will only serve to better the standing of journalism. What I don't approve of are arguments stemming from breaches of ethics and petty disputes happening because no one seems to care about ethics. Not just the ethics of journalism, even the ethics of conversing and interacting with one another.

Painting such a grim picture might be a little unfair to the countless journalists who are doing their jobs or more importantly doing their jobs right, but the black sheep among them cast a shadow over them all. Therefore, the necessity of national, international and foreign associations dealing with journalism stands true this day. After all, ombudsmen might only have the reach of their newspapers, but forming a unified front – after debating and agreeing on the issues – could serve to be an effective method. I doubt it will eradicate all problems completely; nevertheless, it is a good idea to ponder.

I will be handling several issues and fairly common points in journalism ethics in the upcoming weeks. With sufficient research and arguments on the case, I hope it will be a little helpful to our fellow journalists. But as I said before, regardless of how much we write, it can only work if you implement them.