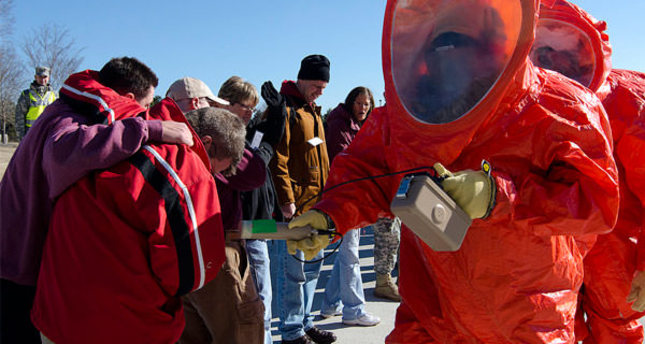 The subjects of the fear mongering are diverse. It can be used as a tool for provocation or propaganda, but the most common use of it is for boosting ratings or, in other words, for profit. For the sake of this week's Reader's Corner, I will be focusing on the latter category. One of the easiest ways to grip the attention of either readers or viewers is to make them fearful of something – to make them believe that they too can be in imminent danger. The most recent example concerns the Ebola virus outbreak and its subsequent media coverage, especially by media outlets in the United States.

Mainstream media outlets in the U.S. seem to be the leaders of this matter, one that includes heated debate programs about the disease, mislabeling individual cases as large outbreaks and so on. In the morning, for instance, a channel will interview a scientist who says Ebola does not spread through the air, yet later that day, the same channel will debate in one of its afternoon shows whether you can get the disease by simply being in the same airport with an infected person. Some hosts even try to "convince" their scientist guests that Ebola can spread through the air while the guest tells them it is not scientifically possible at this stage of the virus. How inconvenient for them, right? If only this "science thingy" could budge a little for them to continue to sow fear in order to reap more ratings and hits. Yet, that is the beauty of science.

Of course, there are some who reject this practice and criticize this travesty of journalism. Jon Stewart, the host of The Daily Show, continues to use satire in order to demonstrate the egregious errors of the media. Here is one of the highlights of his Oct. 14 show. When the nurse who was caring for the Ebola patient in U.S. also contracted the disease, most of the news programs jumped on the chance to cover the event with great enthusiasm. For instance, CNN anchor Wolf Blitzer interviewed someone and asked his guest with such a surprising tone, "How could she [the nurse] possibly contract Ebola?" Stewart has the answer for him, though. His exact words were: "What is wrong with you people? She was a nurse in the Ebola unit. She took care of the Ebola man." Yet, why does Blitzer cast such a mysterious cloud over the cause? Is it because we are usually fearful of the unknown?

The U.S. is not alone on overselling the threat of a disease though. In Turkey, there was similar fear mongering a few years ago after the threat of the avian influenza – bird flu – arose. In fact, there was so much false information in the media being circulated during that time that one could have thought that this disease was going to be as deadly as the Black Plague from in the 13th century. Yet, throughout the past 12 years in which bird flu was known to exist – at least in a form transferrable to humans – only 638 cases were recorded according to the World Health Organization with 14 of them being from Turkey, hardly the Black Death of our century that many of the so-called experts claimed and warned about on television shows.

As journalists, we have an obligation to inform the public truthfully and without bias; otherwise, we might find ourselves in the shoes of the boy who cried wolf. And when a real threat occurs, our lack of credibility will be at fault for the lack of attention from our readers and viewers.