‘A picture is worth a thousand words’ 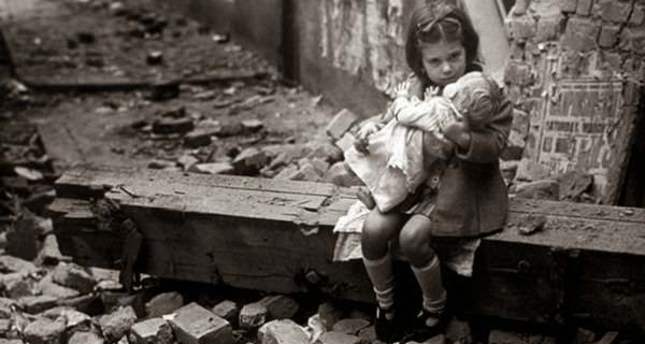 by İsmail Selim Eşsiz Nov 16, 2014 12:00 am
The sentence I used in the title is a timeless one with countless variations. Newspaper editor Arthur Brisbane uttered one of its earliest versions in 1911, saying "Use a picture. It's worth a thousand words." Let's stick to that one. Indeed, pictures provide much information, but which picture do we use and how?

Photojournalism is one of the most prominent subfields of journalism and exercised to its full extent in today's media. When the narrative is similar, newspapers try to gain the upper hand by being the one publishing the most valuable photograph. This usually happens in the tabloid media but when it comes to tragedies, wars, disasters or other extreme events where readers experience difficultly visualizing what is occurring, photojournalism plays a pivotal role and gives readers something to consider even before they read the news article. After all, a reporter can go on and on about a tragedy but with the visual assistance that photojournalists provide, the message it sends hits closer to home. In his book "Groping for Ethics in Journalism," H. Eugene Goodwin wrote, "Pictures usually have more impact on people than written words. Their capacity to shock exceeds that of language."

Of course, just like other parts of journalism, it is also necessary for photojournalism to abide by several ethical requirements and guidelines. Perhaps even more so since it is slightly harder to manipulate a photograph – though far from impossible – as it requires more skill, and this also gives readers a stronger sense of fact. Therefore, when those ethical boundaries are broken or guidelines unheeded, the breach of trust between readers and the newspaper can become much more dangerous.

Let's review some of those guidelines. The first should go without saying; photojournalists should reflect the reality of the situation. Do not try to alter the image or situation either by using technology or by simply choosing what to shoot and what to conceal based on bias.

Another one comes from the Media Association which offers a cardinal rule: "Photojournalists should take photographs from an ample distance that would not disturb or worsen the suffering of the victims or survivors of the violence."

Also, do not pay or offer favors to your subjects in order to convince them to pose according to your needs. You are there to relay the events and reflect on what is happening, not to fulfill your needs. This one falls under the editor's obligations as much as the photojournalist's. When publishing a sensitive photograph, always bear in mind the pros and cons as well as the potential consequences or reactions from the public. Do the pros outweigh the cons? Is printing this photo imperative to the story? Even then, the editorial board must make the decision.

Last but not the least of these guidelines, treat those you are photographing with great care and sensitivity; never exploit their pain.

We can add several more guidelines if we were also commenting on the usage of photographs, but these will suffice for now. However, I must add another even though it has already been stressed several times: Give context with your photographs and help the reader to better understand the situation being depicted.