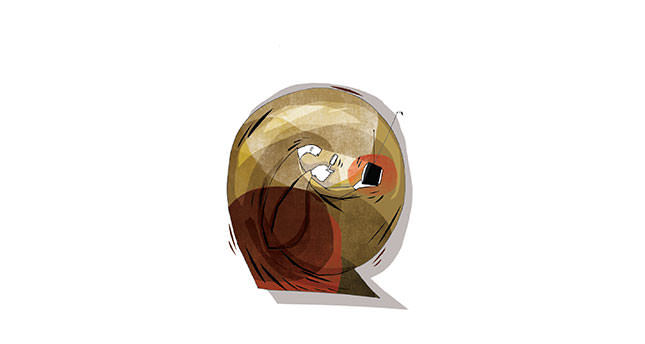 When it comes to relations between a newspaper and its readers, we mustn’t fall under the illusion of privilege and power, but instead strengthen that connection by heeding feedbacks

At the start of my journalism career, I introduced one of my Norwegian friends who was visiting me to a columnist at my newspaper. After the columnist left our table, my friend begin inquiring about the person he had just met:

Him: "What is this gentleman's position in your newspaper?"

Me: "Well, he writes almost daily and there are no limitations on the subject matter of his columns. He writes about anything he wishes."

Him: "How so? Doesn't he have some kind of expertise or a subject to focus on?"

Me: "No, there is no such thing. He writes about politics, economics, sports and even sexuality."

Him: "Well what is he writing then?"

Me: "His own opinions, thoughts, feelings et cetera."

Him: "Why would a reader be interested in his opinions? After all, no one can be an expert on everything. You give the reader the news and the reader can decide what opinion to formulate."

Let me explain my friend's surprise. He was puzzled because he did not know about the difference between columnists in Turkey and columnists in his own country. Unfortunately, in our country, it is easier to become a columnist and claim to be an authority on multiple subjects without any actual expertise in almost any subject.

Some readers complain about the arrogance of journalists. As a profession, journalism provides social power and privilege to journalists. Some events have showed that this prerogative and authority has caused journalists to grow distant from society and rendered them almost numb to reactions from readers. Journalists have begun disregarding their readers and, in turn, have remained unaffected by their criticisms. This, as a result, has also caused a dire lack of supervision and feedback.

Another criticism of journalists is that they sometimes put their own or other group's interests first instead of the interests of society itself. They do this by setting an agenda; however, sometimes the agenda of the journalist and that of society do not line up. This causes suspicion in the reader and makes them think that the journalist is "up to something."

Let us not forget that, like every other profession out there, journalism too is not error proof. We can encounter false news, inadequate news, biased news and stolen news. There are times when the news can cause harm to individuals or the public. Unknowingly or deliberately distorting the news through forgotten details can be a cause of this. Even the most prestigious and attentive media organizations may fall victim to it. I believe when we say that in today's climate, where news feeds have been transformed into a roaring river of information, it has become almost impossible to publish a perfect newspaper.

That is why it is vital to have a reader's representative (ombudsman) in newspapers. After all, newspapers owe their existence to their readers, or in another words, their customers. It is imperative for readers to give their opinions to the newspaper and for the newspaper to form a publishing policy accordingly.

You might know the famous motto of The Guardian, which was taken from C.P. Scott's essay "A Hundred Years:" "Comments are free, but facts are sacred." This sentence contains the fundamental guidelines for freedom of the press while also maintaining the stabilizing element: Accuracy.

Daily Sabah usually contains 16 pages including one opinion page and one page of columns. Just short of a year since the newspaper issued its first publication, articles from more than 100 names have been on the opinion page so far. Op-Ed editors Meryem İlayda Atlas, Doğan Eşkinat and Kılıç Buğra Kanat review the articles they are sent and decide whether to publish them or not. During this process, the article's subject, the expertise of the writer and the quality of the article itself factors into the final decision of whether to publish or now. Sometimes they contact experts and ask them to share their views on a certain topic with readers, and the opinion page is among the most read and discussed pages of Daily Sabah.

The same thing can be said about the columns page. There are regular columnists in the columns page of Daily Sabah who write on subjects pertaining to their own expertise once or twice a week. At least two of these columns make it to the "most read section" every week.

Sometimes our readers send us their thoughts and criticisms about the articles and columns published in the opinion and columns pages. They expect us, the reader's representatives, to intercede on their behalf in influencing these columns. However, I regret to inform that these remark-based pages are out of the ombudsman's reach, not only in Turkey but also around the world. The reason behind this is that since these columns are based on the views of columnists, they are personal and partial. These columns will always have the potential of being biased, unfair, unbalanced, faulty or inadequate for some readers. If the ombudsman enters this debate, he or she would only provide another view on the matter.

Of course, there are some exceptions to this. If a column contains material mistakes, the ombudsman can correct them. Also, if racism, discrimination, hate speech, insults or similar controversial language is used in an article, then it is necessary for ombudsmen to criticize it.

Importance of the feedback

But what will happen to the comments sent by readers criticizing columns and columnists? Are we going to pretend that they never existed? Are we going to forget about them and let them drift into obscurity in our inboxes? Of course not.

Just as we treat the views of our writers as precious and unique, so too we treat the views of our readers. All mail sent to the reader's representative should be shared with the respective editor and writer. That is how the concept of transparency works. Sometimes even sharing them inside the newspaper is not enough. When deemed necessary, these views should also be shared in the newspaper with other readers as well. Interaction and the link between readers and newspapers should be stressed and strengthened. That can only happen by utilizing the reader's corner as a platform open to everyone. Even though we do not review the contents of columns and opinions pages, we could share the reactions toward them on this page as we did before on two different occasions.

Of course, allowing our readers to comment on all news and articles can reflect their views more quickly and effectively. All articles on the website should be open to criticism, whereby readers should be able to comment on articles they read online. That being said, there must be serious editorial supervision in order for this system to be implemented according to ethical guidelines. This editorial supervision, its limits and how it can be implemented in practice are still the subject of debate in many newspapers around the globe. Let's leave it at that and address it in another article.