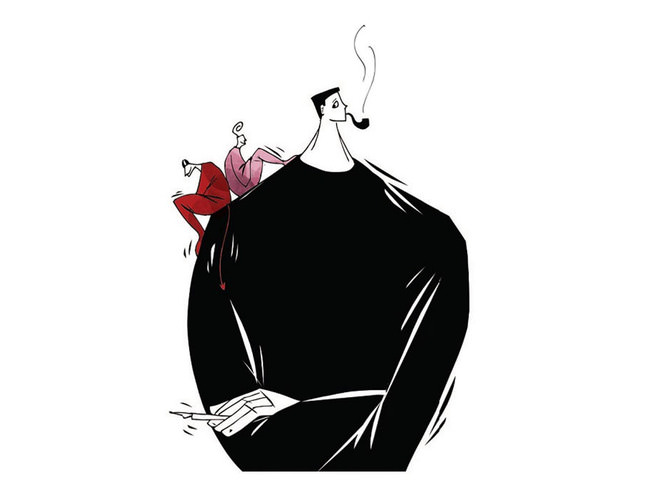 When it comes to distinguishing fact from fiction, one needs to have several perspectives and aspects on the matter at hand to ascertain the facts, and it is the duty of journalist to provide them to the reader

You probably heard of Dostoyevsky's "The Brothers Karamazov" even if you have not had the chance to read it. I think the most important character in the story is the little brother, Alyosha. Let's remember the scene when Alyosha is taking all the blame. He helped his brothers escape in exchange for wearing the chains. It's like he wanted to atone and punish himself for all the crimes of humanity. What does one see in this scene as a journalist? An irrational behavior devoid of pragmatism? Foolishness? Probably most of you thought such behavior is nonsensical and meaningless. But for the novelist, this was one of the greatest virtues.

When the subject is a human story, superficial and careless journalism leads us to incorrect information about the events and emotions. Lines between foolishness and virtue become blurry and truth becomes replaced with prejudice and cruelty. Any comment uttered without careful examination of the relation between cause and effect, or based on a single glance, leads them to become faulty in nature.

Another example comes from Turkish literature. Reşat Nuri Güntekin (1889-1956) is one of the most important Republican Era writers and novelists of Turkish literature. He wrote 19 novels and two of them have been translated into English. Yet our example is not among those two, therefore let me give a short synopsis of "Acımak" (To Pity), a novel that tells of a family drama.
The main character, Zehra, is a young woman and a teacher in a rural area. Throughout her life she has known her father to be an alcoholic, liar and swindler and hates him for it. However, this is all based on the stories her mother and sister told her during childhood.

A visitor comes to her town and tells Zehra that her father is very ill and near death. At first she disregards the idea of seeing him, but later decides it would be better if she could face him and tell him all of her frustrations and how he betrayed his family and so on. Yet things do not work out as she intended because when she finally arrives in Istanbul, she finds out that her father already passed away leaving only a chest with several personal possessions behind – the most important of them being a diary.

Zehra goes back to her little town, and during the journey decides to read the diary. She was in for a surprise because her father wasn't at all what she thought him to be. According to the diary, her father was innocent in the grand scheme of things. Let's summarize what happened to him.

The father, Mürşit Bey, was an idealistic government worker and held integrity above all. During his work he met with Fazıl Bey, and after Fazıl died, Mürşit married his daughter out of pity. Yet things take a wrong turn after the marriage. Both his wife and mother-in-law were quite wasteful and extravagant with a constant desire to live in luxury. Mürşit Bey tries to provide for them, but in time, ends up with no money. His wife and mother-in-law want to move to a bigger city, Istanbul to be exact, and Murşit once again submits to their demand in order to keep his family together.

Following their arrival, Mürşit Bey struggles to meet the financial demands of his family and becomes involved with a corruption case that lands him in jail. After some jail time he is employed by his neighbor, only to find out later that his employer was with his wife. Mürşit leaves home and starts living on the streets, begging.
As you can see, the novel focuses on the emotion of pity. Zehra was a very rule-oriented and relentless person who formed a bias of her father.

Approaching from all angles

We can say that similar things can happen with news articles. If the news is written from a single perspective and based on the emotions and thoughts of one side only, it can cause readers to develop a bias and act accordingly. These news articles are the very examples of summary execution. They rely on prejudice and even result in a social lynching by manipulating conscience.
Our last example comes from a recent event in Turkey. A couple of days ago many newspapers published a story titled "Anchorwomen fluent in 5 languages beaten by her husband."

According to the news, "Two days after giving birth to her child, an anchorwoman, K.E., was admitted to a hospital because of loss of consciousness. She had a stroke because of the beating her husband gave her." The agency that prepared the news seemed to be quite confident on this matter and claimed to possess reports on the matter.

The news article circulated at a considerable speed and social media started to categorize and lynch the husband as a "vile monster" until a journalist named Vildan Ay wrote an article on this subject on the Media Ethics Platform website.

In her article Ay told about how she was a close friend of the couple and was with them throughout their marriage. She also claimed that the events were not even close to what newspapers wrote and summarized them: First of all K.E is not fluent in five languages. She was not beaten by her husband but hit her head. The aforementioned report was about that incident. K.E. is not able to speak right now and acts under the control of her mother. The mother tried to break up the relationship between her daughter and husband by spreading false information using social media accounts supposedly belonging to her daughter.

Of course what Ay wrote only provides us with her perspective. The reason we relayed them here serves one purpose – things can be more complicated than we initially thought, just as a coin has two sides. We would like to emphasize this point.

True journalism is what matters most here. Journalists should research events from all aspects without prejudice or heeding the bias of a single side. He or she doesn't allow emotions to play a pivotal role. No matter how guilty a person seems, a journalist should still listen to them and give their statements in the news article as well. Instead of writing what first comes into mind, a journalist should try to look at events from a different perspective and write after confirming all of the facts. Otherwise, the chance for false or inadequate reporting is quite high.

Let us not forget that things are different from what they seem to be and appearances can be deceiving.
Last Update: Dec 29, 2014 6:50 pm