A stern referee or a biased supporter? 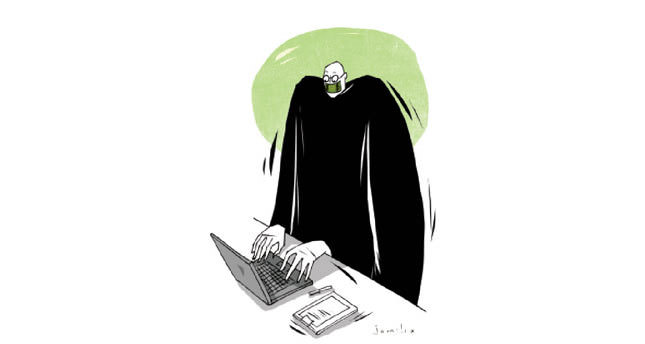 When we look at the concept of self-control of the media one of the first bodies that comes to mind is the press council. When we look at the world today we can see that many countries have a press council. Half of these councils deal with both print and online media. The councils of Denmark, the Netherlands and Finland can serve as an example here. However their counterparts in England or Sweden only handle print media. Of course there are countries that do not have a press council such as the U.S., Portugal, Italy, Greece and Poland.

There are several aspects of press councils. One of their key expectations is to bring together all factors of social communication. But what are those factors? We can group them into three basic categories. First, there are the owners of media and second, are the journalists. Of course, the third one is the readers themselves. This also provides a system of checks and balances. By dividing representation into three parts, councils manage to restrict each one of them through the other two factors. In this way, media bosses respect the experience of journalists and empower them to decide on matters. Also in similar fashion, journalists will realize the importance of their readers in this equation.

Many think that press councils became stagnant in their duty to oversee. The major reason for that is the failure to implement the representation I mentioned above. Just like in Turkey and several other countries, press councils transformed into a tool for oppression and control wielded by a singular ideological faction or a media group against other media groups or media as a whole.

Truth shall set you free

Some approaches to the matter of self-control of the media mainly focus on freedoms or, more clearly, freedom of the press. While this isn't wrong, I am afraid here it becomes inadequate. Truth empowers people and, therefore, self-control of the media should make truthfulness its main priority. Because of this press councils must work toward uplifting the credibility of the media and a sense of trust for journalists. Apart from this, another duty of press councils is to form ethical and quality standards for the conduct of journalists and should compel them to uphold these standards. Last but not the least, press councils also aim to protect journalists from public authorities and private powerhouses if they try to oppress or control the media.

When press councils set out to improve the credibility of the media they should also become credible themselves. One of the basic requirements for this is to compile the council from well-known and trusted people who possess no doubts on the matter of impartiality. If the members of the council are people who were active in the political arguments or representative of a single part of society, then they cannot function as intended and the credibility of the entire council could be in jeopardy. The same thing also applies if the person in question produces false reports during his or her career or is aligned with a certain interest group – that council will also become moot and pointless. The press council in Turkey is a perfect example of this predicament.

When press councils inspect the media they too should both accept and be open to inspection and practice transparency in their dealings. The method of selection of council members and the rules for their conduct should be democratic and open to everyone and the rules should apply to all of them equally. Otherwise, it is inescapable that we would have a so-called inspection aristocracy on our hands, and given time, it would become distant from and redundant for both society and the media.

Of course the issue of financing the press council is quite a significant matter. In order to provide it with good workflow and allow its independency to grow, a press council must possess several funds. These funds could be provided by the state, but having media owners or journalists provide them is also a viable option to consider. An important thing is to have a wide area of participation and pluralism here. As we have in Turkey, if only a certain media group provides funds for the press council, then the council transforms into a mouthpiece for that group alone. In this case, the press council becomes considered a sham and nonexistent body by other groups and its decisions carry no weight.
There is something to point out – several countries have chosen a different option in which their press councils receive funding from international organizations. We can see this especially in EU candidate countries. While it seems to be a good option to found a basic ground for media self-control, this method is not sustainable and therefore casts a shadow of doubt over its efficiency.

In order to finance press councils we must rely on local sources and conjure different and innovative methods by cooperating with the business world, advertisement and public relations sectors.

The press council in Turkey was founded in 1986, but unfortunately, it never became efficient in the manner a press council should operate. This council only comprised of a very low number of media groups and journalists and is not acknowledged by the entirety of the media. For 19 years the Turkish Press Council gave the impression that it was a subcommittee of Doğan Media Group instead of being an independent self-control council.

When a press council works as it should, we can expect it to approach arguments and conflicts in society or, more specifically, in media as an unbiased party and only act to enforce ethical guidelines. However, the Turkish Press Council is far from this definition. In its choice of which issues to supervise and how to decide on conflicts, their acts lead to polarization rather than conciliation.

When the previous head of the council, Oktay Ekşi, insulted the prime minister in one of his articles and it resulted in him losing his standing and put his journalism career to a halt. Later on, Ekşi turned into a political actor by becoming a candidate for Parliament in the Republican People's Party's (CHP).

The press council in Turkey became such a bad example that a thought started to fester in some minds that a press council is not effective for implementing self-control in the media. Other journalists and media organizations complained of the council's bias and formed their own to fight this injustice, but even they only became a copy of what they fought. On this note we have to form new and up-to-date self-control mechanisms and give them the means to operate as flawlessly as possible.