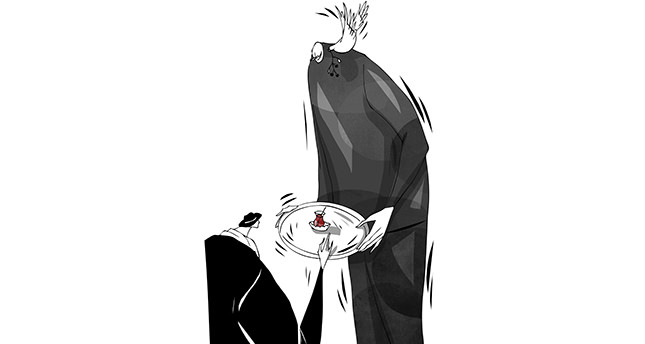 We are saddened by the attack on Charlie Hebdo and the loss of fellow journalists. We also condemn the terrorists for their crime and disregard for the freedom of expression and democracy. It also appears that we, now more than ever, need peace journalism to put an end to the conflicts

The year 2014 was not a good year for journalists. Many of our colleagues lost their lives because of the lack of safety. According to the Committee to Protect Journalists (CPJ), this number is at 61. Syria, Ukraine and Iraq took the lead in countries where the most journalists were killed.

However, we have to say something first. As always Committee ignores the journalists killed by Israel when counting the dead. When we consider that 16 journalists were killed during the Israeli attacks on the Gaza Strip and tens of them wounded, we can see how lacking, how much hypocrisy these reports carry. Moving on.

2015 also started with a disaster for journalists just a couple of days after the New Year's celebrations: We were shaken by grim news from Paris. Terrorists targeted a caricature magazine, Charlie Hebdo. Masked attackers crashed an editorial meeting and killed 12 people, nine of them journalists.

Before talking about how the media handled this, let me make something clear. Attacking a magazine and savagely killing 12 people is a great tragedy and loss. No matter who they were or what they did, killing these people is a crime against humanity. No reason or purpose can justify this.

Also we have to add this: Attacking and killing journalists is also an attack on democracy and freedom of expression. It has to be strongly condemned and nations need to act in unison to prevent its repetition.

A video appeared taken by an amateur cameraman on the day of the attack, and after it was uploaded to YouTube it quickly spread on social media sites. Also, many news channels and newspapers used this video while reporting the story.

In the video, we saw attackers wounding a police officer and while running away killing him with a single shot to the head in cold blood. I have to make this clear though. Publishing videos containing such violence is against the universal ethics of the media. If you do this, then you will be relaying the messages of terrorists to the world and becoming a pawn to their demands. You will be trampling the rights of the victims and their families. It can even act as some sort of encouragement for people with tendencies toward terrorism. Unfortunately, most of the world media failed this test during the events.

Another act where media failed was re-releasing the caricatures from Charlie Hebdo, which are thought to be the cause of the attack. I'm afraid Charlie Hebdo was a magazine publishing racist, xenophobic and homophobic content. They adopted a satirical viewpoint not only of Muslims but also of Christian and Jewish and other different communities. Besides finding a caricature by Maurice Sinet anti-Semitic and firing him, they didn't pay much attention to the reception. For example, they caricaturized Muslims as disgusting people with ugly faces, weird noses and hunchbacks. Let me make a clear distinction though. Even if Charlie Hebdo used its freedom to criticize and insult others, we have to condemn this attack without fail. But this condemnation doesn't mean we have to approve of these caricaturists' racist, Islamophobic drawings. Therefore, we have to be careful not to release their caricatures over and over. Of course this only applies if we don't agree with the magazine.

Media made another mistake during these events: The mistake was hastily drawing conclusions. While there was no proven relation or connection, several names appeared, and they got stamped as jihadis and Islamic terrorists. But the investigation was still ongoing and suspects were still at large; therefore, their connections to a terrorist organization remained unproven. Also, it appears that whether the three people committed all of the crimes they were accused of or where they got their orders from or even what was their purpose will remain mysteries. Therefore, simplifying the whole tragedy as "bad and savage Muslims against the good and brave West" using only an ID card is a very dangerous and exaggerated generalization.

Before turning this into a religious or identity war, we must realize that more than 10 people were killed in broad daylight in Paris and nine of them were journalists. And if the allegations are true, the people that killed them are also French citizens. With this attack, France becomes a country that is not safe for journalists and the responsibility is on their shoulders.

I realize in such times it hard to act with a cool head, but we journalists have no other choice. Journalists should champion the universal values of humanity, especially democracy and human rights. We must side with peace not conflict. We mustn't publish with hate and hostility and with the aim of driving wedges between social groups or individuals. No matter how big or deep our pain is we shouldn't validate dangerous approaches such as Islamophobia and racism.

I believe it will be fruitful to remind the world media and especially the French media the principles of peaceful journalism.

Journalists shouldn't represent events as a conflict between two sides. In this example it was East-West, Civilized World-Savage World or as it was suggested by PEGİDA, night country and morning country. If media turns it into a conflict scenario it will serve to demonize large ethnic, social or religious groups and will be perceived as a threat and enemy. Instead, we should divide them into little groups since they all have different purposes and study them accordingly. Otherwise, you will categorize them based on their ethnic and religious identities, nothing more.

According to peace journalism, it is also wrong to analyze a violent act or a violent policy by just the short-term results. Instead, we should investigate the fundamental reasons. We must also consider the long-term effects, traumas and psychological damage to individuals and societies of the violent act.

When talking about differences, we must also be careful to act objectively. Of course, besides them we must also mention the similarities and emphasize positive events as we do to negative ones.

One last reminder: We must avoid words that victimize, such as miserable, pathetic, poor, defenseless and so on. Such language deprives people of their power and limits their options to change it.

The principles we mentioned above can act as a guideline for everyone. We need peace journalism now more than ever. But of course, this type of journalism must also be careful not to normalize violence and never excuse any type of violence. What is important is to solve problems within the confines of democracy and to balance the crime-punishment scale in social memory.