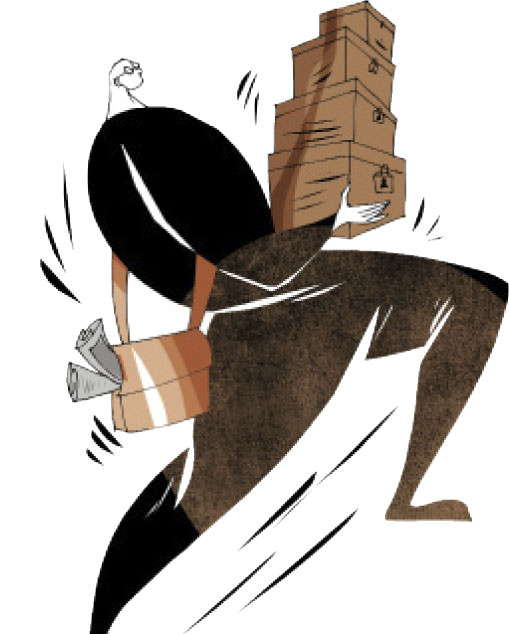 As the elections approach, journalists should swap wishful thinking for solid research and newspapers must be careful about the polls they publish, since featuring inconsistent and inaccurate polls without any self-control will also damage our credibility

One of the well-known clichés of journalism is that news is a first rough draft of history. Many people believe that this came from former Washington Post President and Publisher Philip L. Graham. However, if we are read "Who Said It First" by Jack Shafer from www.slate.com, we can see that long before Graham, a journalist named Alan Barth first used it in a book review for the New Republic in 1943. Another interesting fact is that in June 13, 1948, it also appeared in a "Platform of the Washington Post" titled non-bylined article, published in the Washington Post itself. This anecdote is a clear indicator as to how debatable is the origin of "news is a first rough-draft of history."

Despite what I said in the first article, I will not deny wholly that journalists also contribute to writing history. When conducting research on eras with especially undeveloped communication technologies, one of the limited sources we can depend on is the newspaper. However, that is altogether another controversy in and of itself since there are arguments over whether they are balanced, truthful or fair.

Let's take a look at the history of Turkey. In Turkey, the first democratic elections were held in 1950. When we look at newspapers from that time, almost none of them gave the Democratic Party any chance of winning, much less winning in a landslide. Their predictions were far off base, and it was there for the whole world to see. A very similar situation repeated itself, as history has a tendency to do. In 1982, the majority of newspapers were not holding their breaths for a Motherland Party victory. Similarly, the election victory of the Justice and Development Party in 2002 once again caught most of the media unaware.

I do not believe that lumping these failures together with a singular reason and saying that the lack of research or inadequacy of journalists caused it is correct. Unfortunately, journalism in Turkey is far too politicized and positions itself as an activist does for its ideology. The predictions did not rely on observation or research, but rather depended on a journalist's political ideas with manipulation as a goal. In other words, these predictions about elections were not predictions, but rather wishful thinking.

There is an idiom in Turkish: "Pabucu dama atılmak," which directly translates as "to throw a shoe on the roof" or we can roughly translate it into English as "to lose favor." This idiom has its origin in the Ottoman era, and more specifically, its guild system for artisans and tradesmen. If a shoemaker was selling badly made or faulty shoes to his customers, the guild would throw the bad shoes onto the roof of the said shoemaker's shop as a sign for other customers, warning them not to purchase from him. A similar precaution has never been in place for journalism, and therefore, even if journalists always make inconclusive predictions, they can easily continue to practice their jobs. By doing so, there is nothing stopping them from continuing their manipulative speculations.

There is a need for developing certain ethical standards to protect readers from such examples of journalism. The rules of conducting a poll by surveying a particular sample of the population can also serve as a baseline for such standards. While the upcoming June 7 general elections draw ever closer, I think it would be good to remember these standards.

The first of these standards is to clearly say which company conducted the poll in question in the article. Also, if possible, mention the company's previous polls, as their successes and failures will provide readers with a clearer picture, and they will be able to ascertain the pollster's consistency.

The second thing to include in the article is the knowledge of the person or organization that financed the poll. After all, we frequently find that the financing group is able to influence the poll conductors or that poll researchers manipulate the results to stay in the financing group's good graces. In previous elections, we saw that every party was the frontrunner in the polls they financed. If there was no misconduct by the pollsters, then this can only be explained by assuming that every poll was conducted in the said party's strongest districts.

Third, the date of the poll must also be clearly stated. The duration of the poll, its start and end date must be in the article, since the result can be changed due to ongoing political debates, events going on around the country or political parties' day-to-day campaigns.

Lastly, we come to demographics. Figures like how many people, where they live, their age groups and their economic and social status must be provided as completely as possible. After all, even though election polls aim to ascertain the mindset of society as a whole, a survey can only represent the decisions of the people that were surveyed.

Significance of the questions

Of course, aside from its methods, the questions asked in a poll are quite important as well, maybe just as important as the answers. Let me present several of them: "Which political party do you align yourselves with?" "If the elections were held today, who would ?you vote for?" and "Which party chose the best representatives in your districts?" These are completely different questions and most probably will yield different answers. Therefore, when publishing election polls, we must also clearly state the questions asked of the voters being surveyed just like we do for their answers.

Newspapers have no obligation to publish election polls during an election race. But to provide readers with different perspectives, publishing polls with differing results together might be a good choice and will also provide diversity. Also, I believe questioning the accuracy and consistency of a poll and sharing results with readers after elections end is a must for any serious newspaper. This can also urge organizations with poor accuracy to act with caution.

Lastly, a reminder for our colleagues at Daily Sabah: The decision to prohibit publishing poll results when elections are about to happen, made by the Supreme Electoral Council of Turkey, is not in an advisory capacity, but newspapers are bound to abide by it.
Last Update: Apr 14, 2015 12:54 am
RELATED TOPICS