Media applications of laws and ethics 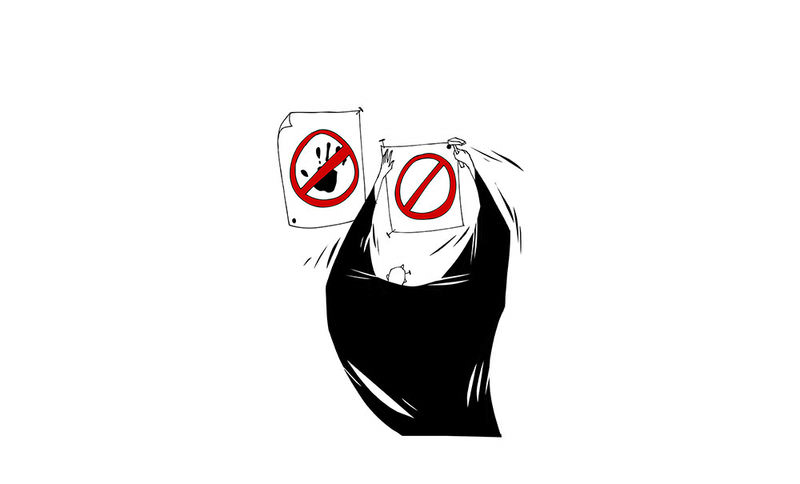 Although to an untrained eye, law and ethics may seem similar, they differ in practice and the areas they cover, and these differences may be at odds with media practices

You have probably been lied to countless times during your lifetime. It may have come from a dear friend too. Did you ever think to sue them for lying to you? Or have you ever seen or heard someone suing their friend for lying? I think not. Because after all, the law doesn't see lying as a crime unless there are couple of special circumstances. For example, if you lie about the product you are selling, that is indeed a crime. Or similarly, if you mislead the officials or lie to court under oath that too is a crime. We might add falsifying your own identity to that list of special circumstances. But no one will sue you for lying about how you are feeling today or your feelings toward someone, whether it is love or hate. The same goes for a little friendly boasting about your own hunting adventures as well. Such lies do not demand the judiciary's attention since it is more to do with morals than laws.

Let's continue with the differences between the law and ethical rules. Laws are required to be in writing while ethical rules do not have that requirement. There is a need for attention to detail when law is concerned. With that meticulousness, we can differentiate between the innocent and guilty, right and wrong, where law is concerned. On the other hand, ethical rules are shaped around the general conscience of the people. Law is commanding and binding to those who live under it. Ethical rules carry the air of suggestions. By disregarding or breaking the laws, you may be deprived of your freedom or your other rights. However, dismissing ethical rules can only damage your reputation and credibility. Even that is dependent on having a very large and powerful social consensus about the particular subject and if it is apparent that you violated that rule willingly.

When comparing law and ethics, we would be mistaken if we only saw their differences though. After all, laws do feed on ethical rules from time to time, especially when they are written. While in many countries around the world, you are not required to care for your parents during their tougher and later years, Turkey has a law obligating people on that subject. Article 364 of the Turkish Civil Code says: "All persons are bound to contribute to the maintenance of their ascendants and descendants in the direct line as well as of their brothers and sisters, where without such assistance they would become destitute." Another example comes from China. Two years ago a Chinese court ruled on a case obligating someone to spend time with their parents. Still in many parts of the world, you won't encounter a law obligating citizens to help their poor and destitute neighbors. After all this is still a subject that falls into the area of morals.

On the other hand even though there are numerous times where laws and ethics intersect, there are contrasts. Even though an action is legal, it doesn't mean that it is also ethical. For example, it may be legal to impose a media ban on a case that is still taking its course in the courts. But media organizations that are obligated to inform the public, may think it is not ethical to follow those restrictions. At such times, media organizations may ignore the ban imposed by the court and despite the restrictions they may choose to follow the ethics. The reason for that is the work ethic.

Associate Professor Hüsrev Hatemi said in his book "Basın Ahlakı" (Media Ethics): "Ethics deals with all human actions. All professions serve to a function in the society. In a healthy society, there is only room for professions beneficial to the society."

Hatemi continues in his book: "These beneficial professions mustn't be swerved from their main objectives. These professions are only 'legitimate' in the field and the rate they are beneficial to the society. If they start to damage the society, the public has the right and duty to defend itself. Media profession is not exempt from this rule."

At this point we must remember one thing: Ethics, including the ethics of the media, are rules of conscience and they depend on people's free choices. The repercussions of violating these rules must also be circled around the conscience. If a reader believes a newspaper he reads is violating ethics, he can show his dissatisfaction by protesting and not buying the newspaper. She can stop watching a news show that she thinks is manipulative. He or she can share this dissatisfaction to be more effective in their protest.

The importance of ethical rules lies there as well. This is the reason why credibility is a must for all news organizations. By gaining the trust of the readers, you can strengthen your brand and reach more people in the process. More importantly, possessing these ethical codes and acting accordingly when publishing or broadcasting, is also significant for the protection of the media's freedom. Therefore newspapers and media organizations must determine their work ethic and publish them.

The concept of truth in media

We started our inquiry toward the differences between law and ethics by using the example of lying at the beginning of this week's article. Let us finish it with the word "truthfulness." According to law, not lying is simply telling the truth. But in journalism ethics, truthfulness spans a much deeper and wider area.

First of all, truthfulness requires entirety in journalism. Providing inadequate or missing information will drive a wedge between you and the truth. In a story you tell or a news article you write, if you are hiding an important fact or facts that may cause an alteration, even if everything you convey is true, that doesn't mean you can check off the box next to the truthfulness. In news making, inadequate narration equals wrong narration.

Just like missing information, excess information also pulls you away from the truth. Filling irrelevant and unimportant facts and information in the news article will cause damage toward the actual point of that particular news article, resulting in clouding the facts.

There is a very straightforward relationship between truthfulness and narration. By being the voice of one side in an event, journalists will lose their fairness and mislead the reader. Such narrations have the risk of replacing facts and figures with wishful thinking.

The principles we mentioned above are now included among the basic principles of many media organization, even though they are not clearly defined by the laws. Their application however, is still up for debate.