Defining journalism in the face of change 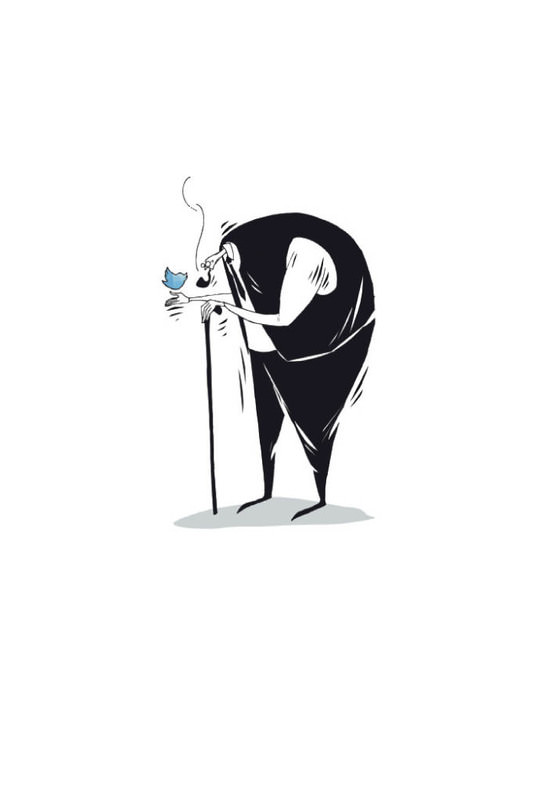 While some believe defining journalism will only hinder its ability to keep up with the changing times, having a clear picture of what we are doing will actually help if we lay a few ground rules that are necessary for good journalism

According to The Oxford English Dictionary, journalism is "[t]he work of collecting and writing news stories for newspapers, magazines, radio or television."

Here are some other versions of the definition:

"The activity or profession of writing for newspapers, magazines, or news websites or preparing news to be broadcast."

"The occupation of reporting, writing, editing, photographing, or broadcasting news or of conducting any news organization as a business."

It is obvious that dictionaries have difficulty defining journalism. On the other hand, letting journalists define their job description may lead us to needless repetition of journalism being whatever journalists say it is. As the Philadelphia Inquirer's former editor Maxwell King once said: "We let our work speak for itself."

These simplistic and witty shortcut answers are no longer sufficient though. We all know that new communication technologies mean that anyone with a smart phone in their pocket can claim to be "doing journalism." In addition to this, the very same improvements in technology have also created a new economic structure for journalism in which the norms of journalism are being stretched out and redefined and, in some cases, completely abandoned.

To be clear, technology is shaping a new economic structure for information companies that are eating journalism within. The threat is no longer simply caused by government censorship anymore. With new technologies, governments and other institutions are likely to try to subvert the press by trying to discredit its integrity and dilute its influence. They have more tools to do that in the 21st century, creating pseudo-journalism in the form of false news websites, video news releases, subsidies to media personalities and fake social media accounts.

For the first time in our history, news is increasingly produced by companies outside journalism. We are facing the possibility that independent news will be replaced by rumor and self-interested commercialism posing as news. We are about to lose the press as an independent institution, monitoring other powerful forces and institutions already integrated in society.

We can suggest that the definition of journalism has been pulled apart by technology in every way possible so that now anything passes as journalism. Independent journalism may be dissolved in the solvent of commercial communication and synergistic self-promotion of corporatism.

We should also be wary of the common myth that technology will bring democracy. I remember that in the winter of 1989, the man who would be elected Poland's new president visited journalists in Washington. "Is it possible for a new Stalin to appear today who could murder people?" Lech Walesa asked rhetorically. "No," he answered, "in the age of computers, satellites, faxes, CVRs, it is impossible." Technology now made information available to too many people too quickly, and information created democracy.

We now understand that it was just wishful thinking. Since then, technology has become more developed, computers have been replaced by smartphones and wires replaced by signals traveling through the air. The flow of information has become more rapid but things have gotten worse. Dictators have not fallen and authoritarian regimes have not become a footnote in history and turned democratic. Terror has spread all over the world. This is simply because technology provided tools for everybody.

A need for awareness

I agree that the face of journalism has changed, but I am not hopeless because its purpose has remained remarkably constant. The notion of a press first evolved more than 300 years ago. The speed, techniques and character of news delivery have changed many times and are likely to continue to change even more rapidly. But the one thing that has never changed and will never change is hunger for awareness. We can also call this awareness, an instinct to know. So, the primary purpose of journalism does not change, it is providing people with the information they need to be aware of themselves.

In this sense the news satisfies a basic human impulse. People have an integral need to know about the events occurring beyond their direct sphere of experience. Being aware of events we cannot see for ourselves engenders a sense of security, control and confidence.

When the flow of the news is obstructed the world becomes a darker place as worries grow. We start to feel isolated and alone, that is unless we purposely choose it, of course, but that raises another set of warning flags as well. U.S. Senator John McCain from Arizona wrote that in his five years as a prisoner of war in Vietnam, what he missed most was not comfort, food, freedom or even his family and friends: "The thing I missed most was information – free, uncensored, undistorted, abundant information."

Only good journalism can satisfy people's hunger for information. And we need some principles to do that. Bill Kovach and Tom Rosenstiel name these principles in their book "The Elements of Journalism." Here are 10 elements common to good journalism, drawn from their book:

1- Journalism's first obligation is to the truth.

2- Journalism's first loyalty is to citizens.

3- Journalism's essence is a discipline of verification.

4- Journalism's practitioners must maintain an independence from those they cover.

5- Journalism must serve as an independent monitor of power.

6- Journalism must provide a forum for public criticism and compromise.

7- Journalism must strive to keep the significant interesting and relevant.

8- Journalism must keep the news comprehensive and proportional.

9- Journalism's practitioners must be allowed to exercise their personal conscience.

10- Citizens, too, have rights and responsibilities when it comes to the news.

A basic list perhaps, but it summarizes the core values and principles required for good journalism. It can also act as a starting point for discussing journalism as a whole again.