A letter of complaint 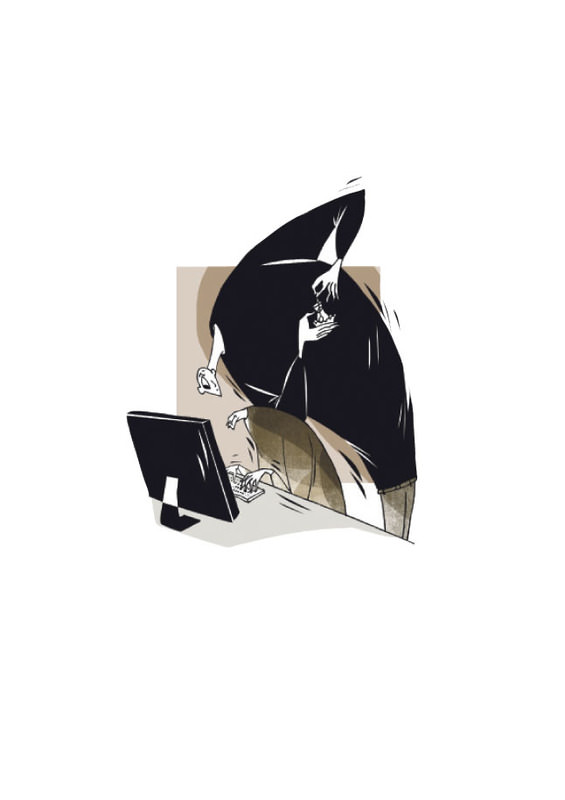 Daily Sabah received a letter of complaint from Gabor Kiss, Hungarian ambassador to Ankara. We publish the letter as well as our response to his critism so as to respect the principle of right to retort and reply

Last week, Daily Sabah received an email from Gabor Kiss, the Hungarian ambassador to Ankara. The letter starts with these sentences: "On July 7 and July 8, Daily Sabah published two articles dealing with the Hungarian policy on migration. Considering that the articles contained misconceptions concerning the Hungarian government's attitude, it is inevitable to provide facts and clear views."

The titles of the news articles Kiss was mentioning in his letter were "Hungary to tighten asylum rules amid criticism from EU, UN" and "Migrants abused in Balkans due to failed EU system, Amnesty says." The first article was signed "Daily Sabah with wires," while the second one was by Sühem Özge Terece based on a report by Amnesty International.

Let us return to reviewing Kiss's letter. His letter was in essay format and was titled "Hungary and the question of migration." Here is the rest of the letter:

"The number of illegal migrants having come to Hungary until July this year is 72,893, and most of them arrived via the Hungarian-Serbian border. Hungary is already one of the five out of 28 EU member states that have to bear the foremost of the burdens: Hungary receives the most migrants as to its population and gross domestic product. In the case Hungary does not take a step to handle it, the number of illegal migrants might rise to 100,000.

Raising awareness of this issue is the first measure, but is not enough to tackle the problem. Though there is disproportioned pressure on Hungary, the country is meeting all its obligations arising from its EU membership, and is resorting to all deployable capacity in order to register every illegal migrant as required under EU legislation. The Dublin Convention for determining the state responsible for examining applications for asylum lodged in one of the member states of the European Communities authorizes the member states to return illegal migrants, however Hungary disputes that the more than 15,000 illegal migrants whom 11 EU member states wish to return to Hungary should indeed be returned to Hungary as presumably they did not first enter the territory of the EU there, but rather in Greece, Bulgaria or Croatia, coming through the Western Balkans. Accordingly, our point of view is that illegal migrants should be turned back to the country where they first entered EU territory. The government of Hungary also represents the standpoint according to which the regulations and quotas concerning the distribution of migrants are not applicable to Hungary concerning the huge burden it imposes on the country.

"Concerning the steps taken by the Hungarian government, the pressure currently weighing on the country is evident. Albeit long-term solutions are required, it is also apparent that this situation cannot be swiftly resolved and the question of illegal migration will, with great probability, determine EU and international policies for years. At the moment, a long-term solution does not seem to be taking shape. Furthermore, illegal migrants also impose a major burden on the budget of Hungary. Extra expenditures amounting to 15.8 billion Hungarian forints ($55.37 million) will be required this year for the management of the situation.

In the context of the temporary fence to be built on the Hungarian-Serbian border, it is important to note that as to how member states wish to protect their borders, and those of the EU, falls within their respective state's competence. As outlined above, it is easy to see that creating a physical obstacle at the border is necessary. This is required on account of the illegal border crossers, and it will not hinder anyone who wishes to enter the country lawfully. Other countries, too, built fences and tightened legislation on immigration, and member states cannot be deprived of the right to form their own policies regarding the protection of their borders. Hungary maintains its legal border-crossing stations and intends to extend and develop them. In other words, we are not closing down border-crossing stations, but we shall prevent illegal border crossing with any means possible.

"The bill on migration also serves as a tool of fighting illegal migration: It limits the rights of those who have submitted asylum requests multiple times to stay in Hungary. The investigation process relating to the identity of asylum seekers will become shorter, cheaper and simpler. On the other hand, the bill also contains rules to promote the integration of real migrants into society.

"To conclude, the aim, and the responsibility, of the government's immigration policy is to identify those people who are entitled to international protection as soon as possible. Joint efforts are required in this historic situation, and Hungary must go beyond daily political interests. The key to tackling the problem lies in cooperation in the spirit of solidarity, humanitarian and democratic values, and we can rise to the challenge in the interest of all the countries concerned."

Upholding right to reply and respond

In order to abide by the principle of respecting the right to reply, I released the entirety of the ambassador's letter above. Now let us return to International page editor Yusuf Selman İnanç, whom I asked to answer this criticism after sharing the letter with him. İnanç said: "Daily Sabah has based the concerning news on open sources. We did not make any judgment or comment of government policies. We just featured criticism from organizations such as the U.N. and the EU and presented the facts known to us. One of the pieces was reporting on a report released by Amnesty International on alleged migrant abuses."

While I was reminding him that this week there were three articles on Hungary and asked whether or not the newspaper or he had become obsessive on the subject, he answered: "Daily Sabah closely follows developments about migrant issues, not only in the Balkans or the Middle East, but also in Asia. The reason Hungary was featured this frequently was because of the new law and the migrant problem that aroused much controversy. This does not mean we are obsessed with Hungary or aiming to defame the country. Daily Sabah has a neutral position toward the Hungarian government and is open to publish any information on the immigrant issue delivered by Hungarian officials." He added: "Daily Sabah has requested an interview with a Hungarian official and will welcome any invitation to witness the Hungarian government's efforts."

I have to point out one thing at this stage. The right to reply must be given before a report is published, not after. Otherwise the report will be one sided. Also, if Daily Sabah is interested in the migrant issue as İnanç said, the newspaper should take the initiative to research and observe on the ground instead of awaiting an invitation from Hungarian officials.

My last word is to embassy officials who asked me to publish the ambassador's letter on the op-ed page. Daily Sabah's aim is to inform its readers about the latest developments on the shocking proportion of displaced people who are escaping war, discrimination, prosecution and such. This is what responsible journalism requires. But if they find any mistakes with regard to accuracy or facts in the news, I will be very happy to make corrections and inform our readers about it. On the other hand, the article submission rules of Daily Sabah are present on the paper's website, and anyone who wants to publish an article on the op-ed page should follow the same procedure as everyone else. I suggest they try that if they wish to do so.
Last Update: Jul 19, 2015 10:52 pm
RELATED TOPICS