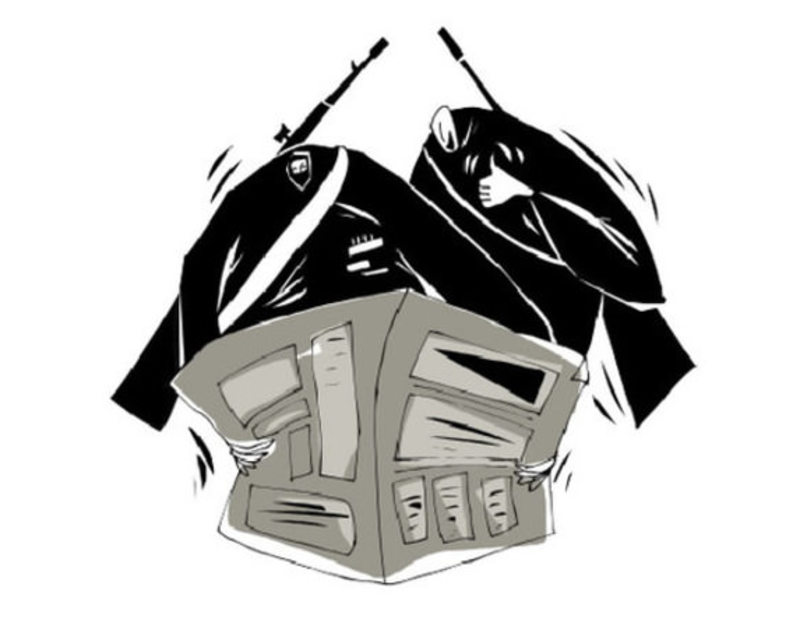 In the past two weeks, the PKK and Islamic State of Iraq and al-Sham (ISIS) terrorist organizations claimed many lives in attacks throughout Turkey. Considering that the PKK's attacks have come after a long ceasefire brings up the question of what the media should watch out for when covering terror attacks.

Turkish media has over 40 years of experience covering terror, but considering we are still in the phase of picking arguments on the subject shows that there is no established ethics obeyed by everyone. For many years mainstream media has been prone to render terrorism as a security problem. They ignored the human, economic and social aspects of terrorism for a long time. On the other hand, media organizations founded and supported by terror organizations try to paint what is happening as a fight for freedom.

Or as Raphael Cohen-Almagor said: "Terrorism is conceived as inhuman, insensitive to human life, cruel, and arbitrary. To remain morally neutral and objective toward terrorism and to sympathize with terrorist acts is to betray ethics and morality."

A quote to ponder

An article, "Social Communication and Terrorism: Some Ethical Consideration," by Tania Menendez Hevia, Maria Luisa Garcia Guardia and Ubaldo Cuesta Cambra was published in Media Ethics Magazine; Fall 2006, Vol. 18, No. 1. In the article there was a section called "The Roles of Media." The article categorized these roles in the four branches of surveillance, correlation, socialization and entertainment. After explaining these categories the article continues:

"It involves surveillance because it involves events of social importance located at the edge of social values. It involves correlation because it is the job of the media to analyze such events with efficiency and responsibility in order to transmit correct information. It involves socialization because a terrorist act creates a social crisis of extreme importance and the audience needs the solidarity function to feel stronger and safer. And it involves entertainment because it helps to reduce the anxiety associated with terrorism and its consequences."

Because of the same reasons, the media has been accused of being the terrorist's best friend. Walter Laqueur explains that the success of a terrorist campaign depends decisively on the amount of publicity it receives. "The terrorist's act by itself is nothing; publicity is all."

The famous German terrorist Michael "Bommi" Baumann explained: "We took a great interest in the press. We always immediately looked how the newspapers, especially in Berlin, reacted to our actions, and how they explained them, and thereupon we defined our strategy." In his book "How It All Began," Baumann explains why the media is so important for terrorists: "At that time, we were already very much on that media trip. … It was always great when those actions were planned. You could have a good laugh. They were really well put together, so that the symbolism would appear. And when all went well, you had great fun. We would go home and watch it all on the telly. That was great."

Ralph E. Dowling goes as far as arguing that terrorists owe their existence to the media in liberal societies: "The media are helping terrorists orchestrate a horrifying drama in which the terrorists and their victims are the main actors, creating a spectacle of tension and agony."

He is absolutely right. We see that the media does not just report the terror, but sometimes becomes part of it by adding to the drama.

Without a doubt, the main purpose of terrorism is to spread fear and terror to establish a chaotic situation and render individuals as well as societies sensitive in order to use them. Terrorism uses the media to achieve those goals. In turn, this compels us to abide by responsible reporting when it comes to terrorism.

We can go as far as to say that covering terrorism requires expertise. We must report without getting caught in the excitement of the news, without dramatizing the situation and, most importantly, without normalizing or glorifying terrorism or helping terrorist organization. Therefore, reporters covering terrorism should be informed about social psychology and ethical principles and should have many years' experience under their belt in the area. Their work should also be examined by editors with similar qualifications.

Allow me to point out several principles these reporters and editors should follow.

Hiding terror attacks from the public gives birth to doubt toward the media. Instead of hiding the news, we should report on it quickly, truthfully and completely.

When reporting on terrorism we must stay clear of provocative titles without exception. Inching toward sensationalism in this area only serves conflict rather than the peace. Using inflammatory language while focusing on horrifying details about the attack only serves the purpose of terrorism and provides a breeding ground for notions like hate, contempt and revenge.

We must be respectful of the grief of those hit by terrorism. Using photos taken at funeral ceremonies, especially close ups of grieving loved ones of victims, is wrong. If possible, photos from funeral ceremonies should not be used at all.

In articles, we should not feature quotes or hate speech of those who instill hatred, ethnic discrimination and racism to the public, no matter who they are.

Upholding these principles is the necessity of responsible journalism. I hope Daily Sabah's editors will be especially careful about using photos taken at funeral ceremonies.
Last Update: Aug 03, 2015 1:30 am
RELATED TOPICS