Statistics of media: Publications hold while circulation takes a dive 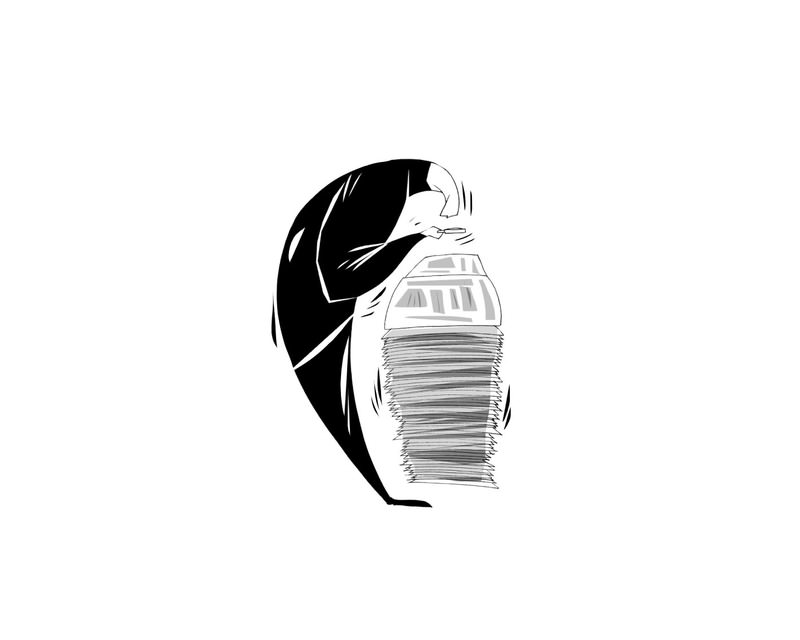 The Turkish Statistical Institute (TurkStat) released a report on July 29, 2015. The report concerned print media organizations and their statistics for 2014. Here are some of the facts from the report:

- When it comes to magazines, however, the above distribution undergoes a drastic change. With a solid 55.2 percent, national magazines come first and local ones trail them at 38 percent. Regional magazines comprised just 6.6 percent.

- Total circulation numbers are dominated by newspapers at 94.2 percent, with national newspapers having 90.2 percent of the market.When we take these facts into consideration, a couple of conclusions appear:

- If we pile all the reports from previous years together, it is easy to see that the circulation numbers of published newspapers have been in a continuous, steady decline in Turkey.

- Other reports from various organizations also indicate that with the decline in circulation, advertising revenues of newspapers match circulation numbers on the downward trend. Newspapers no longer enjoy high percentages for the advertisement business, as they are now fewer than 25 percent. Every year only serves to bring that number lower.

- While there is a good number of local newspapers currently published in Turkey, their circulation numbers pale in comparison. Local publishing is not at an optimum level.

Journalists Andre Meister and Markus Bechedahl, who run the Netzpolitik website, were suspected of treason by the Federal Prosecutor General for releasing so-called confidential information online. According to Deutche Welle, Meister and Bechedahl "were informed of the investigation on July 24."

"The prosecutor's letter referred to two articles that were published on the blog in February and April. The reporters were believed to have quoted a report by Germany's domestic intelligence agency, which had proposed a new unit to monitor the Internet, particularly social networks."

Believe it or not the document had been categorized as a "classified document - confidential."

According to German media, the federal prosecutor had called in a consultant to determine whether the published document was, in fact, classified as a state secret. Officials also plan to look into the reporters' unnamed informants.

If found guilty, the reporters could face at least one year in prison.
We all know that this is ridiculous. Journalists cannot be forced to reveal their sources. I agree with what Meister and Bechedahl wrote on the issue:

"We are not witnesses, but as accomplices, we are as liable as our unnamed sources; it has been a long time since Germany acted against journalists and sources in such a manner."

Meister and Bechedahl are known for promoting digital citizens' rights. They also have won praise for their real-time reporting on the German parliamentary commission investigating neo-Nazi crimes committed by the NSU group.

I call the prosecutor's attempt an attack on the freedom of the press. All investigations against Bechedahl and Meister must be stopped.

Trusting media for the wrong reasons

How do you decide on the truthfulness of a claim? What makes a news article based on claims acceptable in your eyes? Let's map out several possible reasons:

- You trust the source of the news.

- The news helps you to sort out your own inadequate information and predictions and makes it whole in a meaningful way.

- People you trust to have significant insight on the matter label the news article as the absolute truth.

- The truthfulness of the news or claim helps your cause or peace of mind.

- You have never heard different ideas or perspectives on the same subject.

- If the claims or news were proven false you would be disappointed.

Of course it is possible to add several more to this list but I'm sure you have noticed the pattern here. None of the above proves whether or not a claim or a piece of news is true. Yet, unfortunately, many people review news articles with similar filters and decide whether to believe it or not.

After all the absolute necessities of a news article should be that it is objective, provable and balanced. Journalism is a profession based on observation and evaluation, not wishful thinking. At least that is the way it should be. Texts with wishful thinking as their backbone can only serve as a propaganda pamphlet rather than a news article.

A tale to tell the kids

This week a couple of news organizations, namely T24 and Cumhuriyet, set the bar quite high on the false newsmaking competition

Last week, many readers who read a news article from the pro-Peoples' Democratic Party (HDP) T24 news website and Cumhuriyet newspaper were shocked and probably had no choice but to cancel their plans to visit Russia in the near future since the biggest political crisis between Turkey and Russia was sure to come. This article claimed that Russian President Vladimir Putin said to Turkish Ambassador Ümit Yardım: "Tell your dictator president, he can go to hell along with his ISIS terrorists. I will make Syria a 'Big Stalingrad' for him."

Cumhuriyet showed Awdnews, a propaganda website, as the source for the claim and referenced the Moscow Times as well. T24 also decided to copy the news article without any editorial oversight or fact check.

A simple bit of research aided by any search engine on the Internet was more than enough to see the news article was made-up. Yet the media organizations above decided against it. Here are the facts: The meeting between Putin and Yardım was closed to the press. Following the meeting, the two parties decided not to make a public statement as well. Despite the claims of Awdnews, a website with suspected Iranian intelligence ties, the Moscow Times featured a news article of that nature. Even giving the benefit of the doubt to such a claim could be a messy story in journalistic circles in the future, but reporting on it in a serious manner will definitely be a tale to tell the kids when the subject comes to made-up news.

I hope this will serve as a cautionary tale in the future for local and international media: Do not blind yourselves with hate for President Recep Tayyip Erdoğan and the Justice and Development Party. Journalists shouldn't be obsessed about anything other than journalism's ethical principles.
Last Update: Aug 10, 2015 2:12 am
RELATED TOPICS