Shattering the world's indifference with a single photo 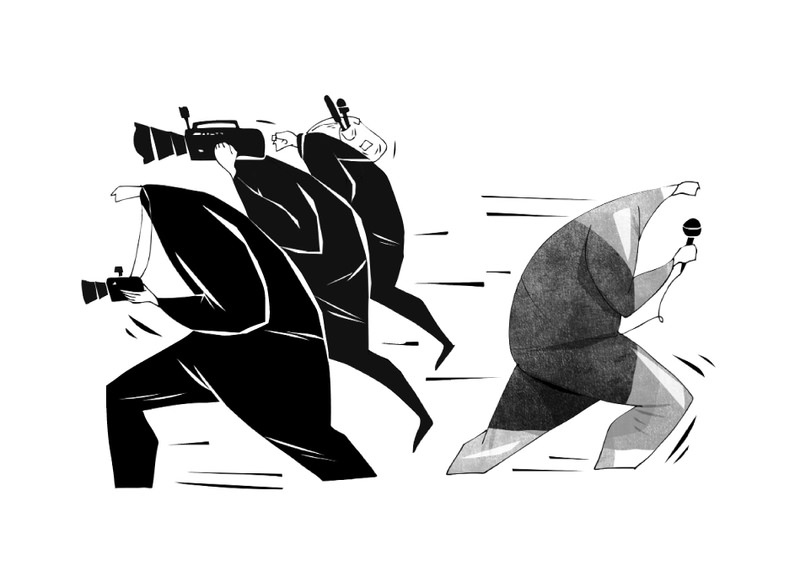 Sabah columnist Haşmet Babaoğlu tackled the tragedy of migrants drowning off the coast of the Mediterranean Sea in his article this week, saying: "If things remain as they are, soon the coasts will be transformed into neat beach clubs for those lucky [enough], while the sea itself will be set aside as a cemetery for humanity. Are we going to forget that under the sparkling sea there are corpses swimming? Unfortunately, yes!"

Escaping from a civil war at home, Syrian refugees vie to reach Europe to claim asylum via illegal methods. This has led to the sinking of many boats filled with refugees in the Mediterranean and hundreds of them drowning. Many of them were children. For months, news reports about the crisis were prominently featured, yet global public opinion was quite indifferent toward it. That is until Doğan News Agency correspondent and photographer Nilüfer Demir took the photo of 3-year-old Ayman Kurdi's drowned body, washed up on one of Bodrum's beaches in Turkey. The photo was featured on the front page of nearly every newspaper around the world. Even newspapers and television channels that remained largely indifferent toward the civil war and the death of Syrian refugees until now could not turn their eyes away from the tragedy. After all, this photograph had something that hundreds of news articles simply could not convey.

Following the initial shock, another controversy emerged concerning whether or not publishing the said photograph was ethical. Daily Sabah decided not to publish the photo of the child alone on the beach because it might have a "traumatic effect on the reader." Instead, the newspaper chose to use a photograph that portrayed the child in the arms of a member of the Turkish Security Forces. Daily Sabah Editor-in-Chief Serdar Karagöz relayed the issue to me as well as his opinion on the matter and asked for my take on the issue. I wanted to relay my views on the subject to both him and our readers.

Wednesday's dead were part of a grim toll of some 2,500 people who have died this summer attempting to cross the Mediterranean to Europe, according to the UN refugee agency, UNHCR. Even though many were aware of this fact, knowledge was not resulting in consequential action until the recent photograph. Many European countries were building solid physical and psychological walls on their borders to prevent refugees from entering their countries, and anti-immigrant views and speeches were getting stronger every day. The photograph of little Aylan's lifeless body brought a halt to all of this.

As Save the Children CEO Justin Forsyth said: "This tragic image of a little boy who lost his life fleeing Syria is shocking and is a reminder of the dangers children and families are taking in search of a better life. This child's plight should concentrate minds, force the EU to come together and agree to a plan to tackle the refugee crisis."

Signs lending credence to his statement have already started to appear. Demonstrations against discriminatory and exclusionist policies took place in Germany, Italy and Spain. European presidents and prime ministers, including French President François Hollande, made statements that stressed that the EU's immigration policies should change. Finnish Prime Minister Juha Sipila told the media that his private home could be used as a place to accommodate asylum seekers since he was living in the prime minister's residence. Several mayors in Spain decided to take the initiative to solve the refugee crisis as well.

Taking into account these developments while considering the consequences, we can determine that a single photograph succeeded where hundreds of news articles failed by managing to turn the public's eye toward this long-standing humanitarian crisis. Thus, we can say that publishing the photo helped raise public interest and had a positive social impact.

Many of us still remember the photo taken by Jeff Widener in Tiananmen Square back in 1989 of a man bravely protesting in front of the tanks sent by the Chinese government to end the protests in Beijing. As TIME magazine reported, the man "revived the world's image of courage." In March 1993, South African photojournalist Kevin Carter took a photograph of a starving Sudanese toddler trying to reach a feeding center as a hooded vulture landed nearby; Carter won the Pulitzer Prize. I also want to remind you about the photographs documenting torture at Abu Ghraib prison in Iraq. A series of "trophy" images famously revealed by the United States Army Criminal Investigation Command in 2004 exposed the abuse and humiliation of Iraqi inmates by a group of U.S. soldiers. As it was stated in the news article prepared by The Independent, entitled "The power of photography," some images can change the world's opinions. Even though this latest photograph was taken less than a week ago, it earned a place among those famous photos mentioned above in terms of the impact it made. This alone would be enough reason to publish it. On the other hand, deciding not to publish a photograph that the whole world has already seen can be perceived as an ethical stance and a respectable decision.

Shaken to their core

Even though the frequency of its use can diminish its effect, there is no denying that this photograph still has the ability to shake readers physically and psychologically. Shaking its viewers is not the only feature of the photograph, though. It also has another trait: The ability to reveal all of the drama surrounding the Syrian crisis while urging readers to take a stance on the issue. This photograph makes sure we cannot miss one of the biggest and most current humanitarian crises in the world. As journalists, if we want to leave the comforts of turning a blind eye and deaf ear to the crisis, we must fixate on this heart-wrenching photograph and ensure others look at it as well.
Last Update: Sep 07, 2015 1:57 am
RELATED TOPICS