Newfound support for refugees or a PR campaign? 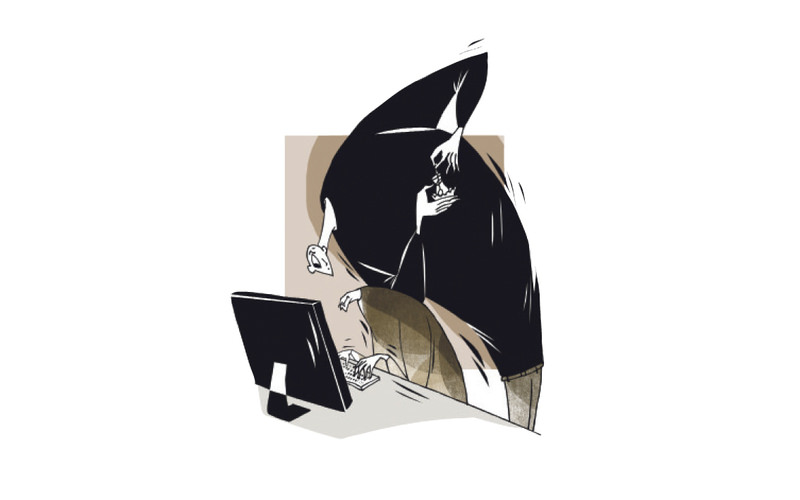 As the controversy surrounding the humanitarian crisis of Syrian refugees continues, Daily Sabah received a letter of criticism from the Danish Ambassador and we have for you both the letter that was received and the conversation it triggered

For the last month the Syrian refugees and the humanitarian crisis surrounding their plight has been getting increasing coverage. Of course, this increase can largely be attributed to the photograph of 3-year-old Aylan Kurdi, washed up on a beach. It served as a rousing call to NGOs and countries as well as the media.

Following this new initiative came another photograph that drew the interest of the world. Taken by Claus Fisker from AFP, the photo depicted a Danish policeman playing with a little refugee girl. That positive image came after a series of bad examples of conduct, such as a Hungarian cameraman tripping a fleeing refugee. Many in the media went with it and, considering that week Europe did not have a good track record when dealing with refugees, the interest it generated is quite understandable.

However, the photograph of the Danish police officer with the refugee girl did bring controversies. After all, up until now the rhetoric was to stop refugees from getting into Europe, and anti-immigrant views were stronger than ever. So the controversy largely swirled around the idea of the photo of the police officer being a good PR effort even though Denmark still persisted with an anti-immigration stance.

Turkish media also took part in the controversy, as we saw several articles on the subject prodding the issue. Daily Sabah was no exception to this, and our web editor Rahmi Osman Kaçmaz wrote about the issue in his "Denmark's double standard on Syrian refugees" news article that was published on Sept. 13. Kaçmaz used quotes from Denmark's Integration Minister Inger Støjberg: "We have an opt-out – it is very well-known that we won't participate in the redistribution of these 160,000; therefore, I don't think this is in any way something dramatic from a Danish viewpoint." The news article focused on Denmark's closed-door policy and how that didn't change despite the viral photos.

Here are a few excerpts from the Kaçmaz article:

"Denmark has also tried to scare off refuge seekers by advertising in four Lebanese newspapers with an unmistakable message: We don't want you in Denmark."

"In the advertisements, Denmark announced cuts in provisions and tighter regulations for refuge seekers. Social assistance would be reduced by up to 50 percent for new coming refugees, while receiving a permanent residence requires one to fully understand and speak Danish."

"Given Denmark's tough policy toward Syrian refugees, the photo of the Danish police officer on social media raises doubts about whether the coverage could be part of media manipulation; 348,540 asylum applications have been lodged with European countries between April 2011 and July 2015 according to the UNHCR; 11,296 of the applications were lodged in Denmark."

In the news article there was also an advertisement published in four Lebanese newspapers by the Denmark's Ministry of Immigration, and Kaçmaz criticized these ads as scare tactics.

News articles and columns published by the media have always been a strong point of focus for mission chiefs. We had similar correspondence with Gabor Kiss, the Hungarian ambassador to Ankara. Mr. Kiss sent us a letter of criticism after Daily Sabah published two articles on July 7 and 8. For further information on the subject, you can read the article "A letter of complaint," which was published on July 19.

A similar letter arrived on Sept. 15 from Danish Ambassador Ruben Madsen following the "Denmark's double standard on Syrian refugees" news article. As we did before, we will publish this letter in order to respect the right to reply and retort:

Your article headlined "Camera-friendly Danes Passing Migrant Burden to Others – Denmark's Double Standard on Syrian Refugees," which was published on pages 1 and 11 of the Daily Sabah newspaper on Sept. 14, contains errors that we believe warrant a correction.

It is true that Denmark has an opt-out on the EU's Justice and Home Affairs rules, but the suggestion that Denmark's doors remain closed to Syrian refugees is simply not true. Since Sept. 6, Denmark has admitted more than 5,000 refugees at the Danish border.

According to normal procedure, the police have tried to ascertain the identity, nationality and residence status of the incoming refugees and asked them whether they want to apply for asylum in Denmark.

Only part of the refugees who have arrived in Denmark have applied for asylum, while the majority said they want to travel on to Sweden to claim asylum there.

We kindly ask that you correct the misunderstanding caused by your article and thank you very much for you cooperation.

Listening to both sides

After receiving the ambassador's letter, we asked our web editor's take on the matter, and he sent us an email defending his news article, and we will give that as well for full disclosure:

Thank you for your email regarding our article. Before we make any corrections to the article, we would like to ask three questions:

1) In your mail, you mention that more than 5,000 refugees have been allowed to cross the Danish border since Sept. 6. Could you please also mention how many refugees have applied to be admitted at your border since the same date?

2) How many of the admitted 5,000 refugees have applied for asylum, and how many of those applicants were granted their asylum?

3) How many refugees have applied for asylum, and how many of them were granted asylum in the last three to four months?

Turkey has admitted more than two million refugees; other European countries such as Germany are planning to admit more than one million.

We understand that Denmark may not have the capacity to host millions, but if you can prove that a high percentage of refugees are admitted by providing answers to the questions above, we will make the necessary corrections to our article. Otherwise, the article claims nothing different from what is seen. "

Before going further, I would like to point out even though the initial letter came from the ambassador, our editor should address his response to us, as we are the mediator on the issue. Although this was sorted out later between us, I would like to stress that point here as well to inform our other colleagues of the current protocol.

With that out of the way, these three questions he addressed to Mr. Madsen might either support the article or void the general message of it. Yet I can't help but wonder, does our editor know the answers to these questions himself? If the answer is no, then these questions should have been asked before publishing the said news article.

On the other hand, we replied to the ambassador's letter and relayed our editor's questions, and we will pick this up next week as we wait for the answers.

However, I would like to mention another thing that got my attention from our editor's response. The decision to publish corrections and make the necessary changes in a news article should not be done by the author of the said article. Instead, these decisions must be made by a board consisting of the editor-in-chief, our office as well as Daily Sabah's legal office. Otherwise, changing or deleting news articles without proper conduct will give an air of no-accountability and hurt the archival aspect of the newspaper.
Last Update: Sep 21, 2015 2:07 am
RELATED TOPICS