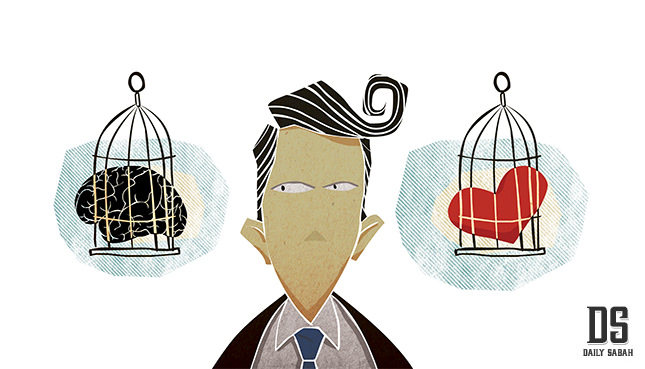 While both deal with human behavior, laws and ethics differ in the areas they cover as well as their implementation: One of them is mandatory and backed up by the state while the other has consequences affecting one's credibility and reputation

According to Merriam-Webster ethics is "an area of study that deals with ideas about what is good and bad behavior; a branch of philosophy dealing with what is morally right or wrong."

The Oxford English Dictionary supplies us with information on the origin of word ethics: "Late Middle English (denoting ethics or moral philosophy; also used attributively): from Old French ethique, from Latin ethice, from Greek (he) ethike (tekhne) '(the science of) morals,' based on ethos."

Both the definition and its origin explain how ethics has been an independent field of study that existed ever since Ancient Greek philosophers. After countless articles and books written on it, ethics has been separated into different branches, media ethics being one of them.

When we take a closer look at the arguments about media ethics, we realize that two concepts are very commonly confused. The first is the laws that media organizations are compelled to abide by it, and the second is the ethical rules that benefit journalists if they uphold them. Despite the confusion, these two usually cover very different areas and lead to various misunderstandings. In this piece we will study the differences and similarities of ethics and law in order to ease the confusion, even if only a little.

The most basic difference between ethics and law is their spheres of influence. The field of study of ethics deals with the entirety of human behavior. The reason for that is that there is a moral stance or motivation that exists behind every human action whether it is intentional or not. Laws, however, concern a smaller portion of human behavior.

Laws are mandatory. Even if they do not mandate what you will do, they will determine what you can do. Ethical rules, on the other hand, are only there as advice. Whether you take it or not is always up to you.

Laws need to be written. If they are not, then social functions and legal processes will suffer devastating problems. With these written or case laws, both crimes and their punishments have to be explicitly clear. Morals, however, are a fickle thing and change based on multiple factors. It deals in good and bad rather than guilt and innocence and does not need to be written. Although several professional organizations may prepare guides to outline ethical rules of their professions, but an exception does not make the rule.

Another difference between laws and ethics is that the application of law is guaranteed by states that have sole authority to use force.

As for ethics, their recognition and application are left to people. Disobeying the law can result in the denial of freedom, but consequences of breaking ethical laws are not so material. In this case, one might lose respectability or take hit to their reputation. Not to mention this is only possible if the ethical rule that was broken is deemed a rule by a large social consensus and people assume that you broke it intentionally in the first place.

"All professions serve a function in society. In a healthy society, there is only room for professions beneficial to society.

"…These beneficial professions must not be swerved from their main objectives. These professions are only 'legitimate' in the field and the rate they are beneficial to society. If they start to damage society, the public has the right and duty to defend itself. Media as a profession is not exempt from this rule."

All is well and good, but how can society use this right if media indeed starts to damage society? The answer is simple: By not buying newspapers, by not reading articles, by not watching television shows and by not trusting the information provided.

To some extent, laws are fed by ethical rules, but that does not mean all ethical rules can or will be transformed into law. Let's provide a daily example to be clear. You can drag your friend to court because he lied in order to provide an excuse for not joining you for dinner. The same goes for your friends who say they love you without the feeling to back it up. In other words, you cannot sue everyone who lies to you. This is because of the difference between law and ethics.

Lying is always considered bad, that much is clear, but it is only considered a crime under special sets of circumstances. Lying while giving testimony in a court or falsifying the terms of a legal and binding agreement are a couple of them.

Of course there are cases when laws and ethics contradict each other. In this category we can provide courts banning broadcasting on certain events as an example. A media blackout by a court can be argued to be a legal necessity, but it lacks ethics, as the people have a right to be informed.

Lastly, we can say that another fundamental difference between laws end ethics is the difference between certainty and ambiguity. Laws are as definite as a language's grammar allows. However, when dealing with ethical principles, definitive certainty is hard to come by. Those who study ethics can have different opinions on what is right and wrong and argue which is which. In a single subject, numerous ethical approaches are common and quite normal. Joining the argument is not a right reserved for those study ethics; everyone can pitch in as long as they do not violate the boundary between law and ethics by damaging the freedoms of speech and thought.

The sanctions resulting from the violation of ethical rules should also be based on the free choices of people and be conscientious. Officials must place themselves in the shoes of the public and instead of passing limiting rulings, should leave the initiative to individuals. The true master here is time and the readers can project their concerns with ethics by not buying the newspaper, by not watching the news report and by protesting and criticizing the ethics violators.

Instilling media ethics, however, is a job that largely falls on the shoulders of journalists.

By reporting responsibly, accurately, fairly and setting ethical principles while abiding by them will ensure the strengthening of media organizations and will provide them with credibility. The consistency and objectivity when it comes to ethical codes are a couple of the biggest assurances of freedom of the press. Inconsistency and laxness on this matter, however, will render media as a profession vulnerable.
Last Update: Oct 26, 2015 2:15 am
RELATED TOPICS